Find out how similar the Suzuki S-Presso is to the Celerio.

In March 2020, Suzuki Philippines launched the Suzuki S-Presso. It replaced the venerable Alto, taking its former position as the most affordable vehicle in Suzuki’s model lineup.

And yes, it now also holds the mantle of the most affordable Japanese-branded vehicle currently available in the Philippine market.

As we got to know more about this exciting new city car, however, we noticed that the S-Presso is much closer to the Suzuki Celerio than it is to the model the Alto.

Sure, the S-Presso rides high on its 180mm ground clearance, and it looks more macho with its SUV-like exterior design, but there are some key elements that the Celerio and the S-Presso shares. Despite the differences, the S-Presso and the Celerio has some similarities

The Celerio and the S-Presso are propelled by the same engine; the Suzuki K10B. On both models, the said engine can make a maximum of 67 horsepower at 6,000 rpm, and 90 Nm of torque at 3,500 rpm. Both are also front-wheel drive.

Note that the Celerio does have an automatic variant. The all-new lifted hatchback doesn’t, but we believe Suzuki should add an AT S-Presso to its lineup. 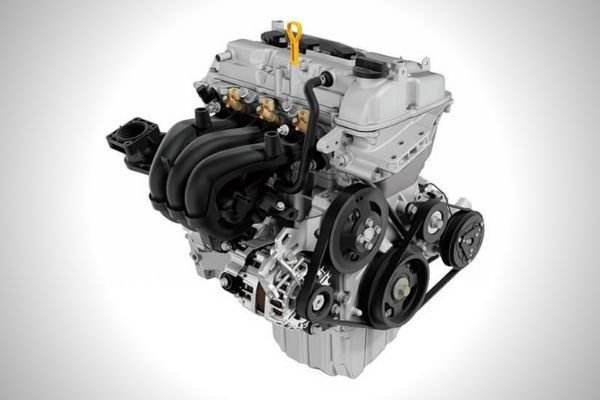 The K10B has double overhead cams and variable valve timing

Being priced as they are, the Celerio and the S-Presso have rather simple looking interiors made out of durable plastic.

They both are well arranged, but the S-Presso’s digital gauge cluster lacks a tachometer. The Celerio’s analog gauge display, on the other hand, does have one.

In terms of cargo space, the Celerio offers a bit more space at 254 liters compared to the S-Presso’s 239 liters. That’s a difference of only 15 liters, though.

>>> Related: Suzuki S-Presso is the cheapest car in PH with touchscreen head unit Both are S-Presso and Celerio have simple interiors, but each of them do have their own kind of charm

Both the S-Presso and the Celerio were designed to use the Suzuki HEARTECT platform. It’s quite lightweight, yet rigid at the same time.

This feature enables these two Suzuki models to perform excellently in the event of a crash. The S-Presso and the Celerio also both have anti-lock braking syste m and dual front airbags.

This brings us to your next dilemma: do you think the S-Presso is as brilliant a city car as the Celerio? Given their competing price tags, which of the two would you consider as your next car?

For more updates on the Philippine automotive industry, keep reading here on Philkotse.com.

The S-Presso is a city car styled as a crossover or mini SUV, manufactured by pioneering compact carmaker Suzuki through its Indian subsidiary Maruti Suzuki. Slotting below the Alto and the Wagon R in the Indian market, the S-Presso is also sold in developing regions such as Egypt, Latin America, South Africa, and Southeast Asia, including the Philippines. You can get more information about specifications, reviews and promos of Suzuki S-Presso here.