The Toyota Fortuner gets a tech update for 2022

These enhancements will be for Australian units of the SUV.

Local Toyota fans got a treat in the closing months of 2020 when the refreshed Fortuner made its Philippine debut. The midsize SUV brought a host of improvements over the outgoing version such as a sharper aesthetic, additional tech features, and improved safety, along with an all-diesel range. The refreshed Toyota Fortuner looks sharper than its predecessor

Australia is another market where the Toyota Fortuner thrives. For 2022, the model is set to receive minor upgrades that mirror those currently planned for its Hilux pickup stablemate. Beginning August 2021, Fortuner units will come with a sharkfin roof antenna, a feature that’s already standard on Philippine-spec models.

But that’s not all. While Fortuners sold in the Philippines make do with a single-zone air-conditioning, Aussie units will be outfitted with dual-zone automatic climate control from the midrange GXL to the top-spec Crusade trim. Toyota Australia will equip the Fortuner with more tech for 2022

Meanwhile, Fortuner Q and LTD trim levels in the Philippines already come with a Panoramic View Monitor, a feature that is set to be offered on the flagship variant in Australia. A sophisticated vehicle tracking system and SOS functionality will be making their way to the Fortuner for customers Down Under.

Fortuner units sold in both countries come with Toyota Safety Sense driver-assist technologies, incorporating features such as a Pre-Collision System, Lane Departure Alert, and Adaptive Cruise Control. For Australia, these will soon be joined by rear cross-traffic alert and blind spot warning, both of which are already offered on newer rivals. The upcoming Isuzu mu-X SUV will be carrying both features across the range, while Toyota Australia is reserving them for the range-topping trim. 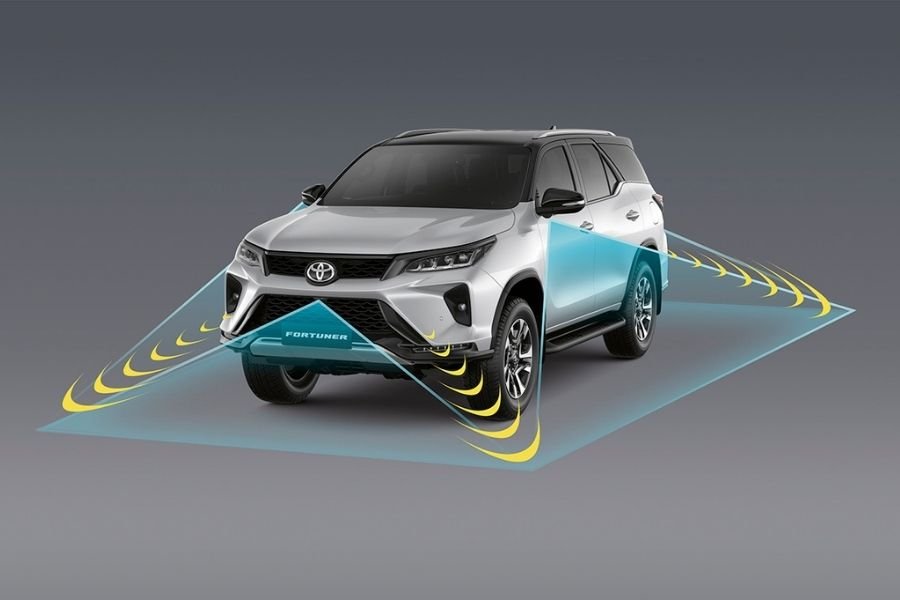 No changes have been announced as far as powertrains are concerned. Philippine versions of the Fortuner are divided into six variants with two engine and transmission options. Australian releases are at a more modest three variants, powered by a 2.8-liter turbodiesel engine rated at 201 hp and 500 Nm of torque, mated to a 6-speed automatic transmission and part-time 4x4 drivetrain with rear differential lock throughout the range.

Toyota Australia says that the extra features on the 2022 Fortuner are still subject to change before units arrive in showrooms by the third quarter. Pricing has yet to be announced, although customers can reportedly expect only a slight increase despite the added tech.

The Toyota Fortuner 2023 sold in our market spans six five trim levels and 11 variants. Toyota Fortuner prices in the Philippines range from PHP 1,633,000 for the Fortuner G 2.4 M/T to PHP 2,509,000 for the flagship GR Sport 2.8 A/T. This midsize SUV spans two turbodiesel options, with most of the range equipped with a 6-speed automatic gearbox (6-speed manual for the base variant) as well as a 4x2 drivetrain (4x4 is available on the LTD trim and is standard on the GR Sport). The Fortuner brings a length of 4,795mm, a width of 1,855mm, and a height of 1,835mm on a 2,745mm wheelbase.