[Spied] Next-gen Kia Soul 2019 might be an AWD vehicle

This is the first time we’ve seen this next-gen Soul.

An interesting look and versatility are what have made the Kia Soul renowned since its first debut in 2009. However, the tough race in SUV segment seems to be endless and the Soul would not keep pace with its strong rivals without modifications. That is the reason why the Korean marque decided to revamp the Soul for 2019. 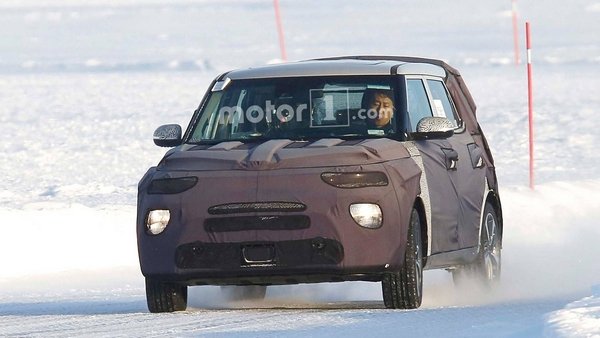 As mentioned, the Kia Soul 2019’s boxy shape is odd, so the SUV is instantly recognizable despite protective camouflage. Behind the disguise, there seemingly places stacked headlamps while upturned rear window can immediately be spotted. 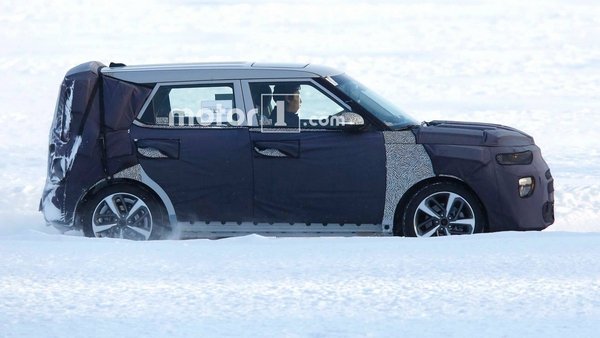 The Soul’s boxy shape is odd, so the SUV is instantly recognizable

Generally, the Kia Soul 2019 prototype looks robust. Latest car news suggests that the Soul will likely feature an AWD system, so this new silhouette will definitely be in line with some upcoming off-road credentials supposed to borrow from the Trail’ster concept in 2015. To support the AWD, a new platform will undertake this task. In the meantime, the FWD model might still use the existing architecture.

Details of power plants have not been announced, but there is a possibility that the next-gen Soul will come into the hardware of outgoing model. For now, the Kia Soul is available for sale with three engine options in total:

The 7-speed dual-clutch gearbox is the only transmission option in the Kia Soul. 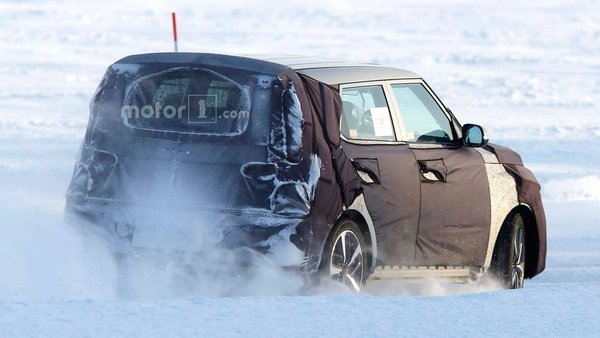 In terms of technology updates, when taking a closer look at the test mule, you can see some sensors located up front, which hint the possibility of autonomous driving tech.

Concerning the next-gen Kia Soul 2019's release date, the SUV is expected to debut later this year or in 2019 at the Detroit Auto Show. This is all hearsay.

Meanwhile, take a look at the table below for the latest Kia Soul's price in the Philippines:

>>> Check out the current car lineup of Kia in the Philippines