The Nissan Versa, also known here in the Philippines as the Nissan Almera is known to almost everyone plying the streets of Metro Manila and the rest of the country in the past few years as it is one of the most affordable vehicles out in the market today.

Whether it be for ride sharing, daily driver for the first time car owner or family sedan the Almera has indeed established itself as a very affordable transportation option which is also easy to maintain. However, the aforementioned car’s current and previous isn’t exactly a head turner by stretch is it?  In fact, for the Filipino car buyer at least, the Almera has also become a car you’d want if don’t want to get noticed that much.

That however dear Philkotse.com readers is about to changes as Nissan has just revealed the all-new Nissan Versa/Almera for the 2020 model year and it sports a drastically more appealing design as well as a host of new features that might make the new Nissan vehicle more than just a way to get from point A to point B.

It all already evident that Nissan is indeed intent on improving in a more general sense their sedan lineup. This can be seen from their refreshed Maxima and Altima for the global market.

As for the new Almera 2020, the exterior has noticeably grown since the previous version in terms of size. As for proportions, the vehicle is now sleeker featuring a flatter but still sporty angled roofline.

The C pillar is now black in color which continuous on seemingly looking like a single piece to seamlessly wrap around the rear window. The new Almera’s fenders flares are also now more prominent giving the car a much wider looking stance.

At the front, the new Nissan Almera has shed off that insect-like headlights the previous version had for a sportier, much more aggressive upswept headlights.

The “V-Motion” grille also makes a return but is now more prominent than ever before. And despite the change in overall proportions, the hood of the new Almera is still short however, one can now find interesting character lines running from the top of the grille to the car’s A-pillar.

Coming to the rear, the old vertically aligned taillights are now replaced by a pair of slimmer, sleeker ones that wrap around towards the car’s sides. The trunk opens up wider to a presumably larger boot. The wheels are now also five-spoke alloys which are similar to those that come with the Nissan Altima continuing the theme of a sleeker sportier overall design. Aside from receiving vast improvements for its overall look, the new Nissan Almera/Versa also has new stuff inside. On the driver’s portion on the front seats, we now get a sporty d-shaped steering wheel, a digital readout, a bigger touchscreen multimedia system. What came simpler and presumably also easier to use is the AC controls.

So now we know that the new Almera looks sweet, but is it safer? According to the latest car news, it is as the newly redesigned vehicle has now driver-assistance tech which was sadly not available from previous versions.

Also included with the new Almera is Nissan’s Safety Shield 360 which is also a collection of high-tech stuff that provides adaptive cruise control, cross-traffic alert and a means to monitor your blind spots. This safety stuff now comes standard at least with the global version and we wish that the case will be the same with the ones we get here in ASEAN. 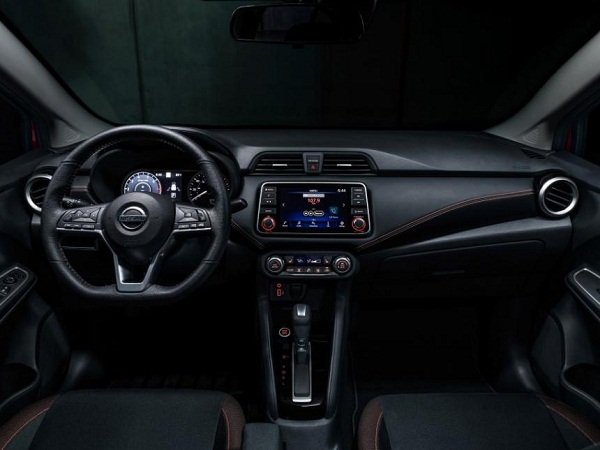 The interior of the new Almera has tons of new improvements

As for performance, the new Almera comes with a more powerful 1.6 liter inline four that now makes 122 hp and 155 lb-ft of torque. And the most welcome news of all is that the Nissan Almera 2020 will still come with a manual option for its gearbox.

As with the new safety features, we should also hope that the ASEAN versions of the Almera will come with the new sprightlier engine. 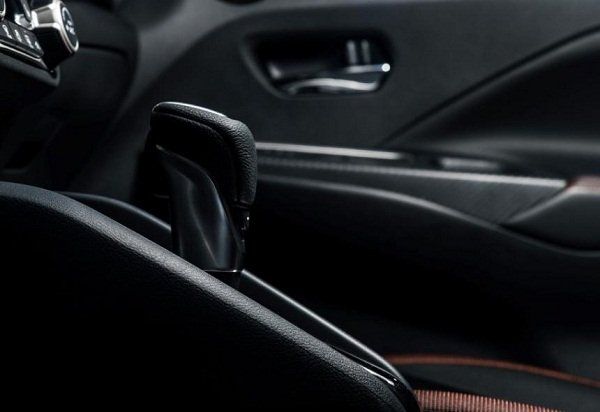 Nissan Almera 2020 will still come with a manual gearbox

As of this articles, Nissan still hasn’t confirmed pricing or trim levels for the new Almera even in the global auto market. Suffice to say, we also still don’t know how and when the 2020 Almera will come to the Philippines so we’ll just have to wait for more details.

Stay tuned and regularly refer to our Nissan Almera Philippines price list to catch up with the latest updates.