Hot news has finally come! The newest batch of the heated-up Honda Civic Type R 2018 has already entered the Philippines. The new units have landed at a local port and all are in a new and elegant paint color - Polished Metal Metallic.

The models comes with not only the new paint but also a large wing, red accents and an aggressive overall design, making it look more amazing. These fresh Honda Civic Type R will go on sales along with familiar Rallye Red and Championship White options. 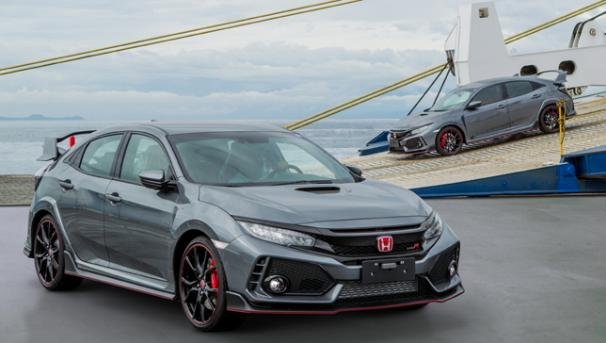 According to the latest car news, this batch includes 100 new units of the Honda Civic Type R 2018 and its price tag gets no change - P2,980,000. The PH-spec Honda Civic Type R is still powered by a 2.0L turbocharged engine which can produce 306 hp and 400 Nm of torque, works in a conjunction with a manual gearbox.

The Civic Type R was sold out within an amazingly short time when it was first offered for pre-order in 2017. At that time, 100 units were completely booked after just 48 hours. So if you intend to drive home the hot hatch, there’s no time to be hesitant because chances are limited. The fifth-generation Honda Civic Type R is based on the 10th-generation Honda Civic. To sum the model up, it a high-performance version of the Civic and it features an aggressive-looking exterior design. The said design also incorporates several performance-oriented pieces like a hood scoop, a rear wing, a carbon-fiber rear diffuser, among others. Under the Philippine-spec Civic Type R's hood is a 2.0-liter K20C1 VTEC inline-4 which can produce a maximum of 306 horsepower and 400 Nm of torque. This engine is then paired with a six-speed manual transmission, which comes with a rev-matching function. Like the standard Civic, the Civic Type R is a front-wheel-drive vehicle.