Check out the latest price, specs, interior and performance of this brilliant racing car Honda Civic Type R 2018 Philippines in our comprehensive review. How does it feel when driving this special Type R wearing a red “H” crown?

At first sight, does anybody call into the question why the Honda Civic Type R would presumably fly given all those protrusions and wings? Even if you do not intentionally goggle at the high rear wing, it’s certain that you could not help taking a gander at the extended fenders, vortex generators or the projecting carbon fiber aerodynamics kit. 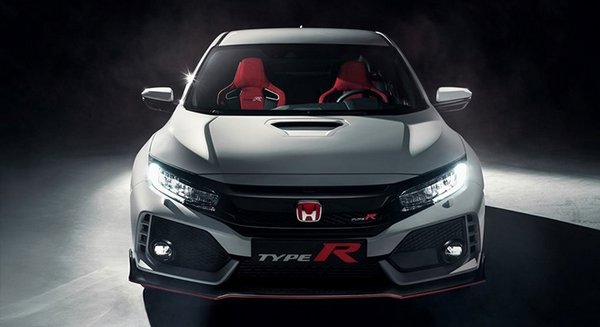 To be honest, we’re dazzled by the Civic Type R’s daring look 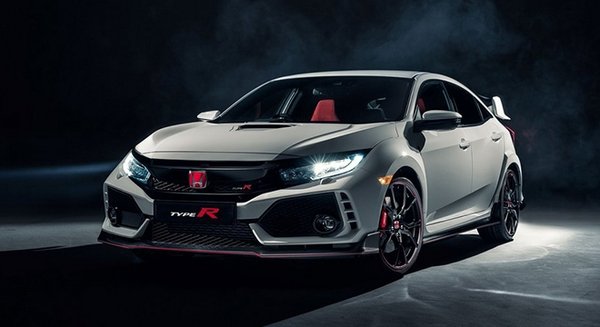 Why the Honda Civic Type R would presumably fly given all those protrusions and wings?​

To be honest, we’re dazzled by the Civic Type R’s daring look. As we’ve mentioned, with the red “H” badge dominating at the wing grille, it looks as if the vehicle is wearing a crown. Just for fun, the crown is also placed at our monarch's back. 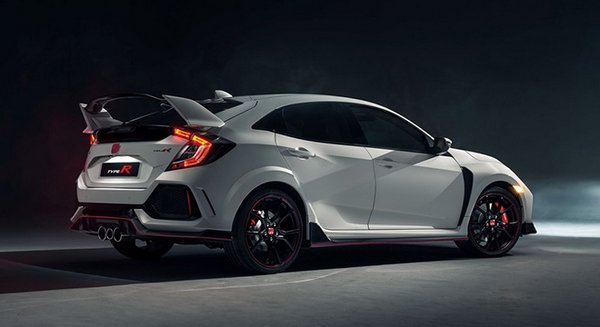 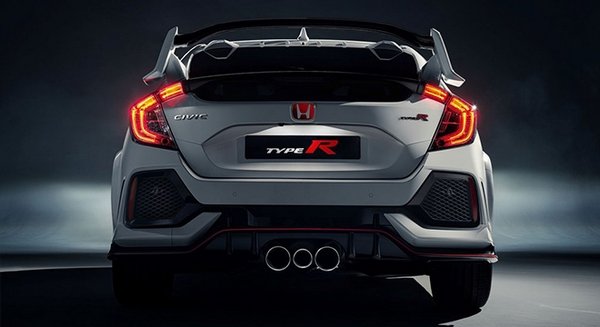 The "H" crown is also placed at our monarch's back

While turning it on its side, a huge set of 20-inch aluminum wheels is highlighted by a red line and skirts. Plus, a new spoiler gives the Civic more aggressive styling.

The Honda Civic Type R 2018 interior is one of the most interesting aspects in the Civic Type R. It is exactly an equivalent dose of a practical hatchback and a racing car. As to racing part, we can spot bloody princely bolsters with thick cushion bolsters that can be folded up and over as armrest. If you do not get in the right way however, they can give you a wedgy. 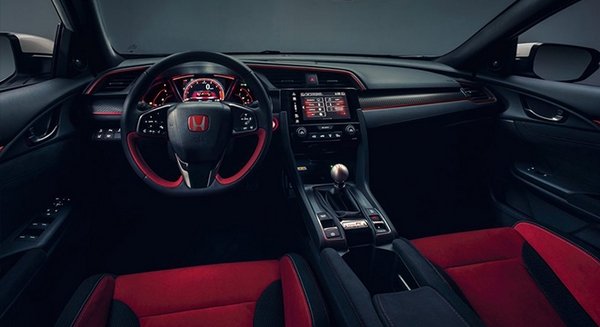 Also drawing our attention is the rounded alloy gear knob. A smaller diameter 3-spoke steering wheel is likewise a nice touch on the inside.

Undressing the vehicle (stripping its Type R badges away), the Civic Type R dashboard turns out to be the same as the basic model’s. With that, the cockpit, inadvertently, comes out on top of versatility and ergonomics. The stalks, switches and gauges all look nice and work effectively. 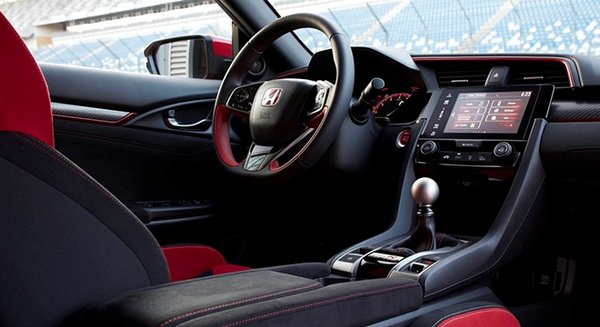 In terms of space, the front space is good yet, the front buckets do not back up the rear legroom. In fact, they’re livable in but much smaller than the standard Civic’s. Largely, the Civic Type R cabin is just about solidly put together, with just small rattles coming out on heavier bumps. 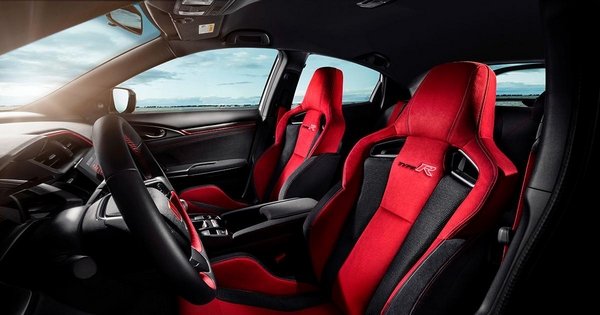 In terms of space, the front space is good yet, the front buckets do not back up the rear legroom

Should you want to nitpick, an upgrade in the touchscreen infotainment system is needed. The current unit is laggy and comes with no physical controls. Visibility also needs improving. It’s good at the front but the back does not share the same story. Thankfully, a back-up camera is there for dealing with tight parking maneuvers. 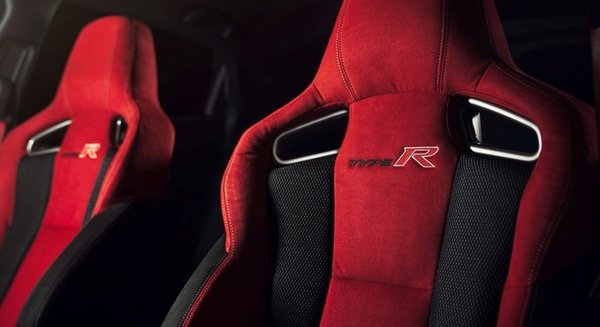 Do not be overwhelmed by the Civic Type R’s sleek look, stepping in the cockpit and you will soon realize that it drives almost like a base Civic. Certainly, it’s a little stiffer but granted, it’s riding on 30-series 20-inch tires? Hold on, the suspension is something else. 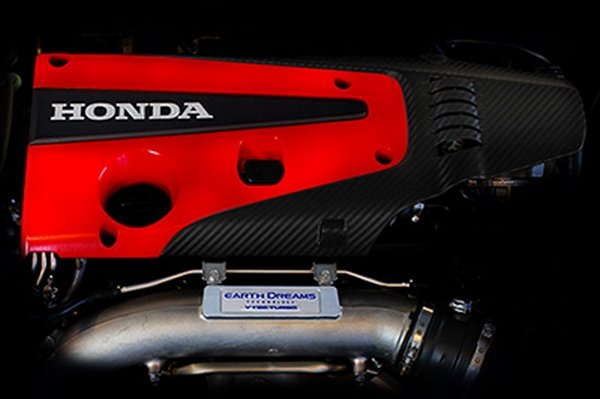 Under the sheet metal is a 2.0L DOHC i-VTEC inline 4-cylinder direct-injected and turbocharged engine

In default “Sport” driving mode, the hatch can well manage to calm even the worst of EDSA’s hysterics thanks to a large amount of suspension travel. Needless to say, due to the ultra-low-profile tires, sharper ruts seem to make their presence felt. Frankly, you might initially fear that your wheels or tires would be damaged, but it will be quelled even before it gets to the driver’s seat. In case your girlfriend throws an outburst of anger to you because of the ride, you can shift to “Comfort” mode to literally ease everything. The ride comfort of the new Civic Type R, in general, is surprisingly good. Nonetheless, be cautious against its 132-mm ground clearance which can be a big obstacle when confronting ramps of speed bumps. Under the sheet metal is a 2.0L DOHC i-VTEC inline 4-cylinder direct-injected and turbocharged engine which is well capable of making 310 hp and 400 Nm of peak torque. With this, this said hatch is the fastest and most powerful Honda Civic Type R ever. The generous torque suggests less revving and shifting. Well, you do not need to row through the gearbox as much in any cases. Flooring the accelerator is enough to sprint the hatch past slower traffic. Rev matching, despite not being very perfect, is fine.

In mountain terrains, the hatch delivers great amounts of grip. Simply point the steering wheel and the entire vehicle will do everything you want with no drama. Moving through changing road cambers and bumpy roads, the car feels solid and planted without unwanted bounce. Although torque steer is almost stamped out, it can still be caused when you try hard enough. As noted above, the low ground clearance, it’s necessary to reply on the brakes to scrub speed before hitting any obstacles like a bump.

When not performing as brilliantly as a maniac, the Civic Type R’s VTEC turbo mill musters considerable pulling power. There’s no perceptible lag at all. That said, the droning exhaust note will get tiring after three hours at highway speeds given a 0-100 km/h sprint is finished at 2,300 rpm on the 6th gear. In a nutshell, the Civic Type R performance is no less than impressive

In a nutshell, the Honda Civic Type R 2018 performance is no less than impressive. Just show this racer a great piece of road and it immediately transforms from a sedate daily hot hatch into a proficient hardcore track star.

The Honda Civic Type R is available at Rallye Red and Championship White color options and retails at ₱2,980,000. As reported, Honda Philippines already sold out the first batch of 100 units of the Honda Civic Type within 48 hours after being made available for sale. If you have missed this special hatch, you can opt for a regular Honda Civic 2018 which can be had for a far lower price.

At last, nearly three million pesos is undoubtedly not cheap, but who cares? Driving the Civic Type R 2018 on the track and it’ll prove itself worth that price. So are you queueing up for the next part? 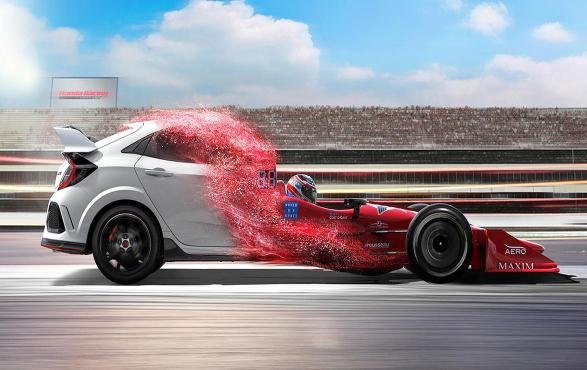 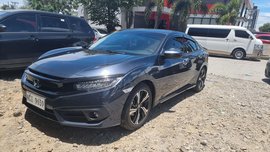