Mar 14, 2020 | Same topic: Auto Industry: Latest Updates
Ended its production in 2016 and started again in 2019, the Land Rover Defender definitely took us to a higher perception of what off-roading vehicles can bring to the table.

The Land Rover series was launched in 1948 and ended its production on January 29, 2016. Now, Land Rover continues its legacy with the all-new 2020 Land Rover Defender–fiercer and bolder than ever.

I love the fact that Land Rover did not change the boxy shape exterior. But rather, Land Rover upgraded its design. The base design is modernistic with a touch of some futuristic details.

The difference in the design of the 2015 version (last Defender before the 2020 version) and the 2020 version is so evident that you wouldn't think that they belong to the same series. 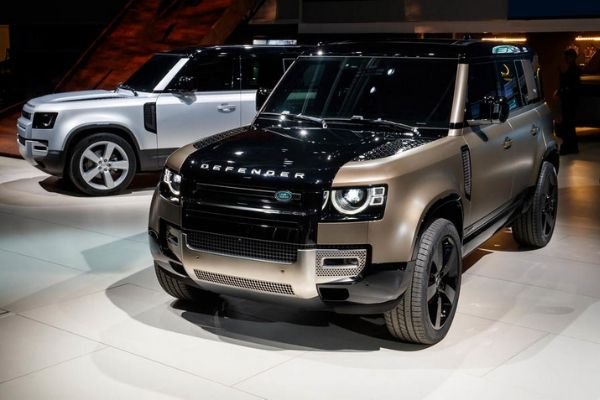 The all-new 2020 Land Rover Defender, everyone!

You have to see the previous Land Rover Defenders for you to appreciate the new version. The Defender’s design went from classic to modern in 0 to 100 real quick.

I'm not sure if everyone will agree. But I must say, this has to be the best Defender design ever made by Land Rover. Just like what the title suggests, it sure is a comeback! Yup, the design has changed a lot

The Land Rover Defender 2020 carries a 3.0-liter six-cylinder turbo gasoline engine with an Electric Supercharger and a 48-volt hybrid system. It has 395 hp and 550 Nm of torque, 8-speed automatic transmission.

The off-roader can go from 0-100 kph in 6.1 sec. You wouldn't need this much power for your off-roading adventure, this just shows you how elegant and elite the Defender is. Power and beauty I must say. Ground clearance for the Defender is set at 215mm. But with the help of the air suspension installed in the car, it can rise up to 292mm – that is higher than the Jeep Wrangler and Nissan Terra.

Are you not yet satisfied with its off-roading capabilities? Well, did you know that the Defender’s wading depth (defined as a limit of how the car can safely run through a flood) is at an exceptional 35.4”?

That beats the wading depths of the Ford Ranger at 31.5” and the Toyota Land Cruiser at 27.6”. Land Rover Defender offers an option to have 3 seats upfront. It sounds a lot like fun! Are you not yet satisfied with its off-roading capabilities?

>>> Check out for the latest Land Rover Philippines price

The Defender has high-end luxurious materials that bring comfort in the interior while keeping the most suitable materials on the exterior for the best off-roading experience.

I love how there is a balance to make the Defender affordable as much as possible. It is said that the Defender will arrive in May 2020 here in the Philippines. Would I recommend the Land Rover Defender? Definitely! The design, features, and off-roading capabilities are top-notch. However, the quality of the car for its ‘not so friendly’ price point is very subjective–well, it’s a Land Rover–so I guess I’ll leave it up to you.

We post reviews, car news, tips, and many more here at Philkotse.com. Visit our website to find out more.