In the previous article, Philkotse revealed that Jaguar Land Rover planned to launch an electric crossover called “Road Rover” by 2020. It is believed to be a luxury off-roader and will share platform with the forthcoming Jaguar XJ.

Latest car news also suggests that the UK car manufacturer seems to have intention of foraying into sedan segment. In fact, this information has stimulated curiosity of Range Rover fans. The proof is that Kleber Silva, a Brazilian artist, has decided to create a pair of sketches of the Range Rover’s future sedan based on the Velar. Accordingly, the Road Rover Velar sedan will inherit some styling cues from the current SUV model. 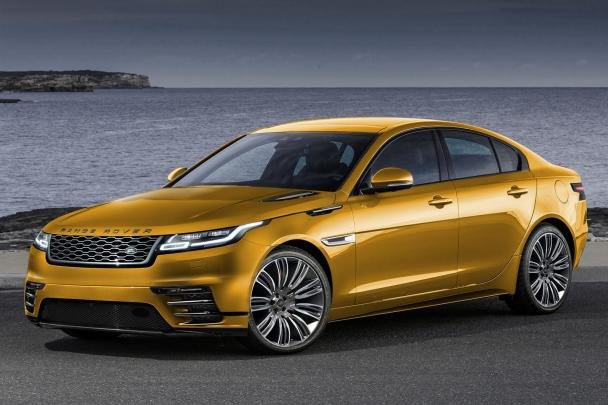 Exterior-oriented, the Velar’s glossy front fascia with a familiar rectangular grille, LED lighting system, vents, alloy wheels and taillights all cover the imagined Road Rover Velar. Certainly, the vehicle is in the shape of a luxury saloon and it looks more splendid with a dazzling gold paint color. Similar to the Road Rover crossover, the Velar concept is expected to be propelled by an electric powertrain. With the silhouette of a 4-door sport sedan, we can definitely hope for a performance electric vehicles with a considerable power.

Even though those renderings are just imagination, a sedan will truly be an inevitable trend for any marque, optimistically speaking. So, hope that the Road Rover Velar will soon make its presence on the open roads.

>>> Click here to catch more sneak peeks of latest cars and concepts in the world.