A sole image shown on autohome.com.cn, a Chinese automotive website has recently revealed some interior details of the Isuzu MU-X 2018 facelift. Looking at the teaser image, the updated MU-X comes with a horizontal theme and a brand new dashboard. 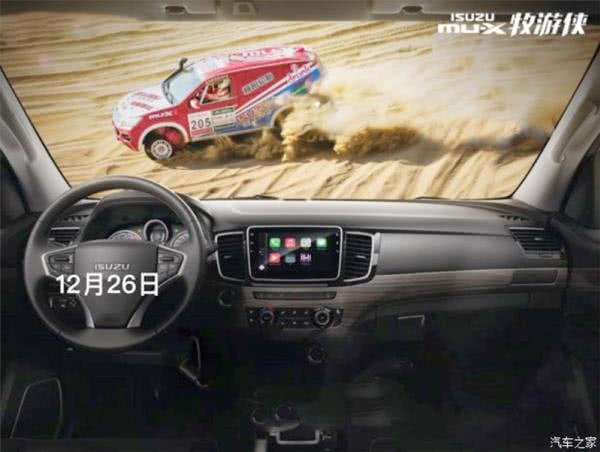 The new dashboard located between the center air vents looks very much like a tablet and seems to be compatible with Apple CarPlay. The 3-spoke steering also gets redesigned while the round climate control knob of the ore-facelift version has been ditched for a more conventional design. The greater use of wood trim is another highlight of the new interior design.

Speaking of the appearance, we can’t tell from the leaked image if there is any change yet. However, prior to this, the D-Max-based SUV already received a facelift this year with a new bigger set of 18-inch alloy wheels, Bi-LED headlights, LED daytime running lights, LED tail lights, a more outstanding roof spoiler plus reprofiled front and rear bumpers for a far sharper shapes.

The Isuzu MU-X in our country has recently been upgraded with new engine which meets the Euro 4 emissions standard on the occasion of the 20th anniversary of Isuzu Philippines in October. The new 175 hp/380Nm 3.0 litre turbodiesel engine, known as Blue Power Technology, is said to be far more powerful and environment friendly than the previous ones. Click here to read more about this recent update of the PH-spec MU-X. 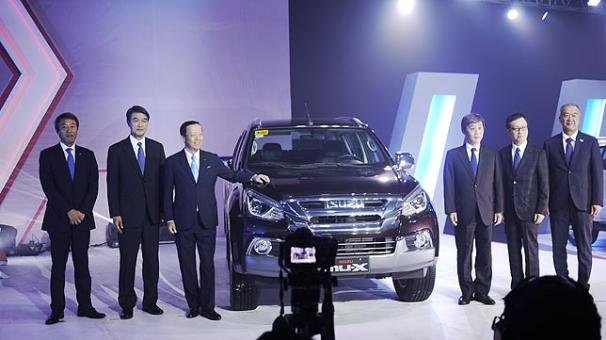 With the newly-introduced engine, the price of the updated MU-X in the Philippines is slightly increased

According to latest car news from Thailand, there is a high possibility that the current 3.0 litre engine which has been offered for a long time could be replaced by a new 2.4 litre RZ engine.

Meanwhile, you can read our full-scale review for the all new Isuzu MU-X 2018 Philippines right here or take a look at the table below for its most updated price in the Philippines:

>>> Check out more Isuzu Mu-X for sale at cheaper prices