What can you expect from the incoming Ford Territory crossover?

The China-spec model already packs an impressive array of credentials.

Barring unforeseen circumstances, the Philippines will host the launch of the new Ford Territory by August, the first country in Ford’s 100-strong International Market Group (IMG) to do so. The compact crossover set to arrive on our shores bears no relation to the erstwhile Australian-made model of the same name. Instead, it’s heavily based on the Yusheng S330 made by Jiangling Motors Corporation (JMC), Ford’s local partner in China. That the Territory is set to battle segment stalwarts like the Mazda CX-5, Nissan X-Trail, and Hyundai Tucson is already a given. So is the fact that Ford chose an existing vehicle from the mainland as a platform to ensure that the Territory will be competitively priced. Pending Ford’s official release of the Philippine-version Territory’s standard features, we take a look at the model’s arsenal of specifications that will likely be carried over here from its home market.

In all probability, the Territory that we’ll be getting is physically identical to the Chinese-market version, with dimensions of 4,580 mm in length, 1,936 mm in width, and 1,674 mm in height, accompanied by a wheelbase of 2,715 mm. LED headlamps surround the 3D grille on the fascia, with chrome elements on the foglamp bezels. 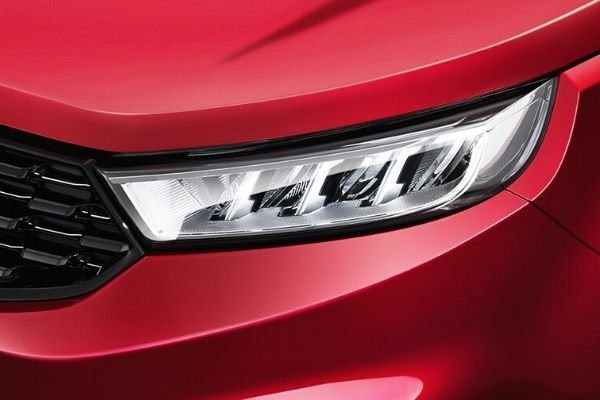 The rising beltline accompanies the sloping roof, making the silhouette taper off towards the rear. LED tail lamps flank the tailgate. There’s plenty of body cladding to go with the front and rear faux skid plates, suggesting that the Territory can at least endure the trails. Multi-spoke 18-inch alloy wheels wrap up the compact crossover’s road presence.

Seating for five awaits occupants venturing into the Territory’s cabin, although the ventilated and heated front seats on the Chinese version will likely pass over our market altogether. Concerns over COVID-19 might convince Ford to bring over the CN95 cabin filter offered on the Chinese market. The large panoramic sunroof spanning the two rows of seats is a safe bet, along with the 10.25-inch HD virtual instrument cluster and the 10-inch infotainment head unit embedded in the dashboard. 4G LTE Wi-Fi and cloud-based voice recognition technology could make an appearance, but we’re not holding our breath.

The Yusheng S330 that the Territory was based on was initially powered by Mitsubishi’s 1.5L 4G15 engine, replaced by the 1.5L EcoBoost power plant on the Americanized version making 160 hp and 225 Nm of torque. Other powertrain options in the mainland include a 48-volt mild hybrid and a plug-in hybrid, which are not likely to be carried over here. 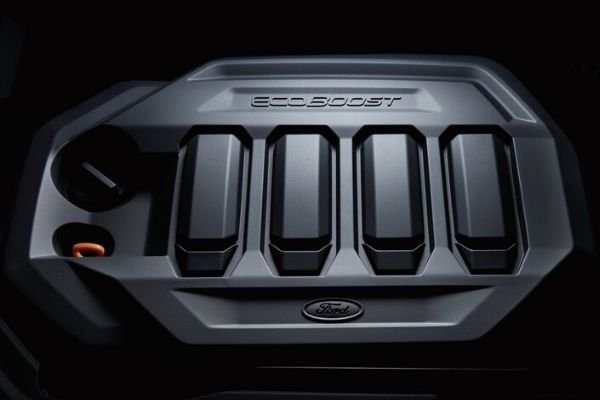 The regular 1.5L EcoBoost is accompanied by plug-in and mild-hybrid versions

Power is sent to the front wheels via a six-speed manual or a continuously variable transmission, with the former likely the default gearbox on the base variant. There’s no mention of an all-wheel drivetrain on the Chinese version, so this will probably not be an option for our market as well.

At the time of its launch in 2019, the Territory was the first entry-level compact SUV in China equipped with Ford’s Co-Pilot 360 suite of driver-assist technologies. It brought together a number of features such as Adaptive Cruise Control (ACC), Pre-Collision Assist, Forward Collision Warning (FCW), and Blind Spot Information System (BLIS) to enhance occupant safety. An Active Park Assist System (APAS) and 360-degree surround camera are also standard. There’s a good chance that all these features might find their way to the local Territory release. Expect the Territory to be no pushover in terms of embodying the “Built Ford Tough” maxim. The current Chinese model logged a total of 4.4 million kilometers of testing for ride handling and durability that has spanned extreme environments in both China and Australia, ranging from scorching deserts to freezing climate conditions.

Are all these enough to make you look forward to the Ford Territory’s launch in our market?

Get the buzz on the newest models at Philkotse.com.