2021 Subaru Forester: Expectations and what we know so far

Subaru Philippines will be focusing on its two new releases.

Last year, Subaru Philippines surprisingly rolled out its plan for 2021. This made many Subaru customers excited since there will be new cars and new updates for this year that could potentially help expand the branding of the Japanese marque in the country.

Both the Evoltis and Outback will be introduced this year. However, Subaru Philippines hasn’t disclosed the exact date of the arrival of the said vehicles. The Subaru Evoltis, or also known as Ascent in some markets, is the largest production vehicle of the brand, while the Subaru Outback is the brand’s long-time running station wagon.

As for the new updates, Subaru Philippines also revealed that it will bring the facelifted version of the XV subcompact crossover as the 2021 model. The brand also confirmed that it will launch the second-generation of the BRZ sports coupe.

This left both the Subaru WRX and Forester to come without an update, unfortunately. One can expect that the 2021 PH-spec Subaru Forester will likely be a carryover from the current model. With that being said, let’s take a look at what we can expect for Subaru’s compact crossover in 2021.

Looking at the Subaru Forester, we can say that the exterior styling is relatively satisfactory as compared to rivals. Almost all Subaru vehicles look similar to each other which could be a good thing for the brand’s image in the industry.

With that being said, it seems like Subaru will not get the need to update the Forester’s styling anytime soon. Even in other markets such as in the U.S., their 2021 model of the Forester still retains the same styling as the outgoing model. 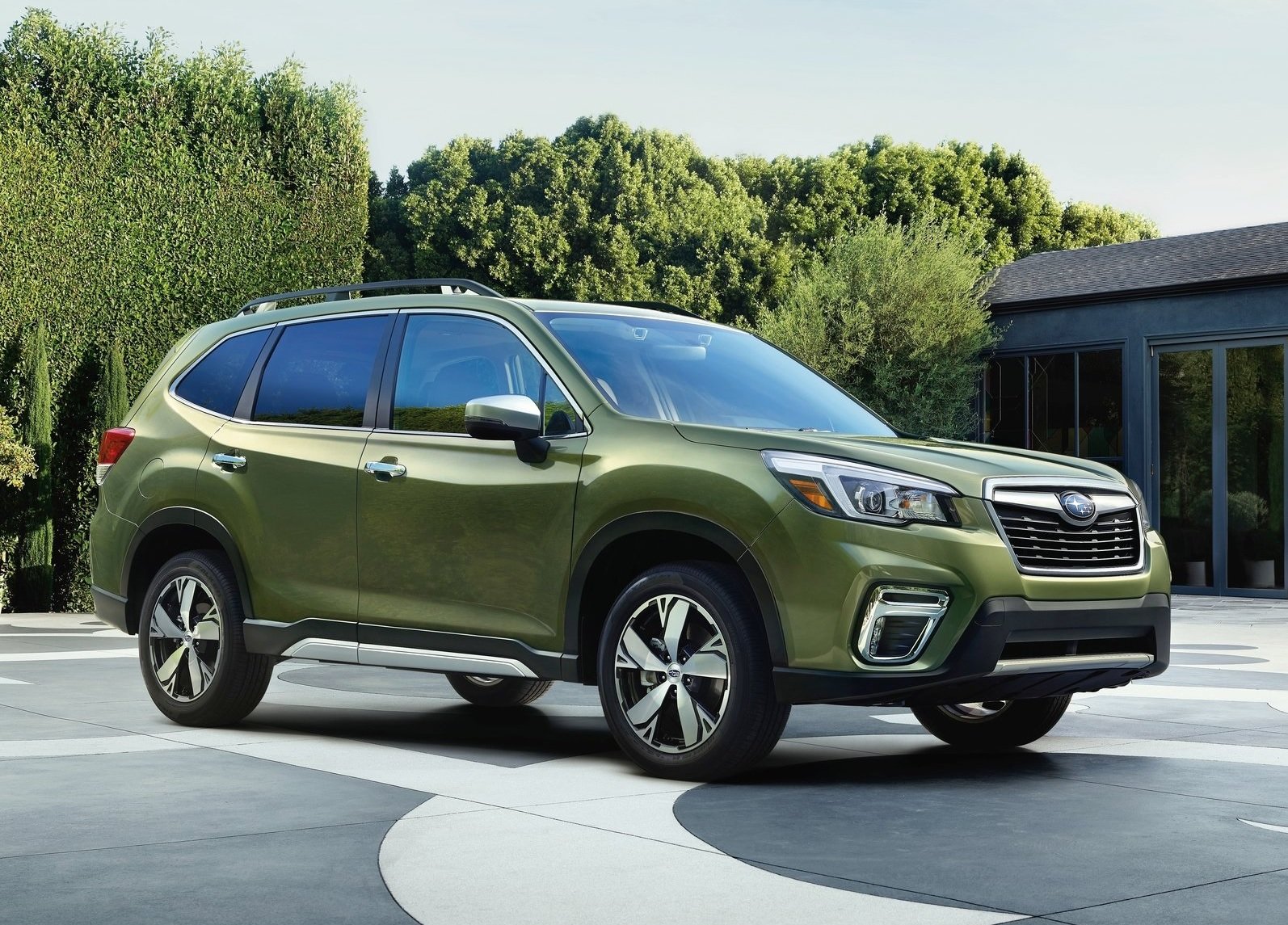 Since it is expected to be a carryover, then the 2021 PH-spec Subaru Forester could still be running with the same 17-inch alloy wheels for the 2.0i-L variants and 18-inch for the top-spec 2.0i-S variant, LED headlamps with steering responsive headlights (SRH), and LED rear combination lamps.

Inside, no changes are expected as well. This means that the Subaru Forester will still be welcoming drivers and passengers with leather seats that are across all variants. The top-spec 2.0i-S variant, however, gets a seat memory function for the standard 8-way power-adjustable driver’s seat. Interior view of the Subaru Forester

The second-row seats come with a 60/40-split configuration that can be folded down for more cargo space when needed. Other expected interior features for the 2021 model of the Forester include two front cup holders, a center tray, door pockets with bottle holders on all side doors, and vanity mirrors with lids and lamps.

Unfortunately, we will still not be getting a turbocharged Forester for 2021. This means that the 2.0-liter direct-injection 4-cylinder boxer engine from the current model is highly expected to be carried over to the 2021 PH-spec Subaru Forester. The Forester is known for its versatility on the go

Since it is a Subaru, then the 2021 PH-spec Forester is still likely to utilize the brand’s renowned symmetrical all-wheel drive. This type of drivetrain helps drivers get better stability and traction on the road. It is highly useful on slippery roads which are common during the rainy season in the country.

The boxer engine is paired to a lineartronic continuously variable transmission (CVT) across all Forester variants. Using a CVT is great in terms of fuel efficiency as it sustains sufficient power even at low RPM applications. The only downsides of using CVT include high maintenance costs and weaker high RPM power response as compared to traditional AT or MT.

>>> Related: 2021 Subaru Forester gets a turbocharged engine in Japan

One of the features car owners point out in the Subaru Forester is the model's 8-inch infotainment screen. They say that it looks bland and needs to be updated. As such, they wish to put the 11.6-inch vertically-inclined infotainment system from the Outback in the newer models of the Forester. 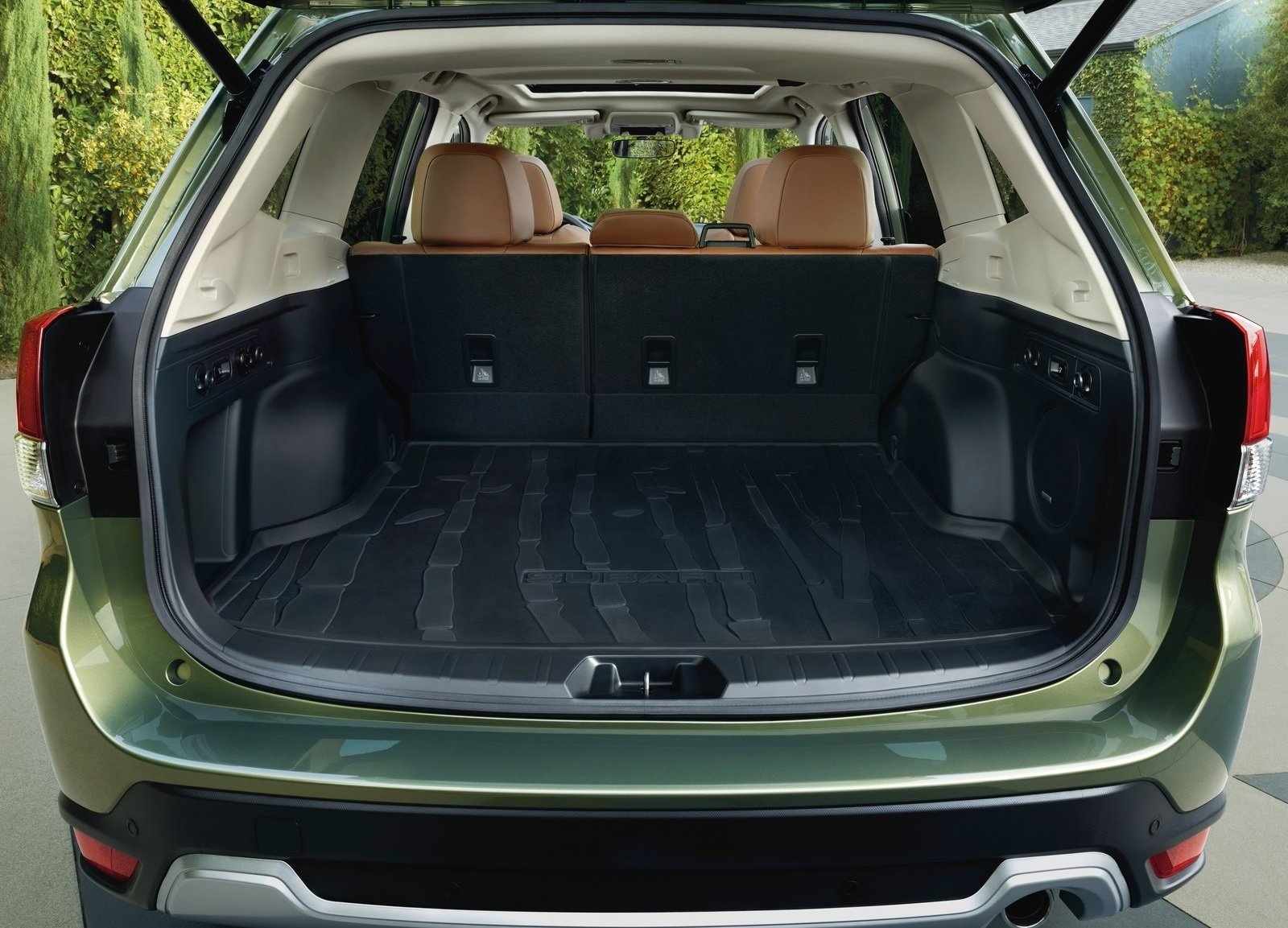 One of the best in terms of space within its class

But in consideration of the updates from other markets, it seems like the smaller 8-inch infotainment screen with navigation will still be carried over to the 2021 PH-spec Forester. We hope that Apple CarPlay and Android Auto will be a standard feature for the 2021 Forester model since it is currently available on the GT Edition only.

As said earlier, the upcoming 2021 PH-spec Subaru Forester is expected to be a carryover from the current model. However, we can also expect that this shouldn’t be a concern for the Japanese car brand considering that the Forester is still one of the ‘best value for money’ vehicles offered in the local market. How well do you think will the Forester perform this year?

The Subaru Forester is recognized globally for its versatility and handful of features. In 2014, the Forester received the SUV of the year award and the Best Car to Buy award. We think that it can still compete at a high level in the local compact crossover segment despite having no updates for 2021.

Besides, Subaru Philippines is expected to rock the local market with its new releases and updates this year. We hope that the Forester will at least be updated in 2022 or 2023 as its current fifth-generation still hasn’t gone through a facelift since its introduction in 2019.

No updates mean that we can expect that it won’t come with price hikes as well. Subaru Philippines is offering the Forester compact crossover with a starting price at Php 1,698,000 for the base 2.0i-L variant and goes up to Php 2,068,000 for the top-spec Forester 2.0i-S Eyesight variant. A sportier Forester named the GT Edition is also offered with a price point at Php 2,170,000.

The only time the 2021 Forester could come with an increased price is when the Department of Trade and Industry (DTI) implements its safeguard tax. This proposal imposes an additional Php 70,000 per unit of imported passenger cars and Php 110,000 per unit of light commercial vehicles.