The Ford Ranger 2019 is now powered by a 2.0L EcoBlue bi-turbo diesel engine like the Ranger Raptor.

After the launch of the Everest 2019 facelift, the Blue Oval continued to roll out its all-new Ford Ranger 2019 in the Australian market. The pickup now receives great updates in its exterior, equipment and especially its engine.

Like its brother Ranger Raptor, the Ranger 2019 is now powered by a 2.0L EcoBlue bi-turbo diesel powertrain which is capable of cranking out 210 hp and 500 Nm of torque, mated to a 10-speed automatic gearbox. This all-new top-of-the-line mill is only offered to the Wildtrak and XLT versions in Australia. Meanwhile, the 2.2L 4-cylinder and 3.2L turbo-diesel powertrains are still equipped in the Ranger 2019 and come standard on the Wildtrak and XLT versions. Besides, the pickup also gets significant upgrades in its suspension system which now generates less body roll and handles more excellently than its predecessor. 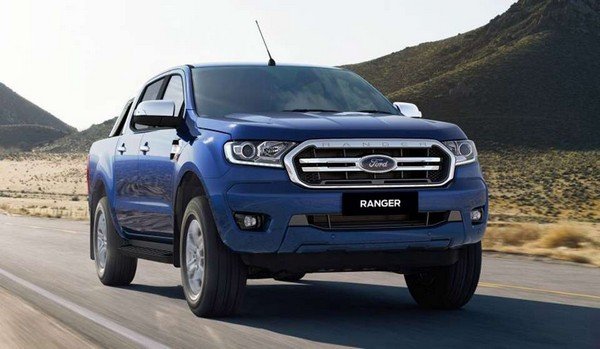 The pickup now receives great updates in its exterior, equipment and especially its engine

As for the styling, the Ford Ranger 2019 is redesigned with a fresh front bumper and a new grille. Top-of-the-line versions are now adorned with HID headlamps with standard LED daytime running lamps. Besides, the exterior of the non-Wildtrak version also gets new wheel designs and redesigned tailgate.

Stepping inside, most of all versions come equipped with the standard SYNC3 infotainment system, along with Android Auto and Apple CarPlay. As for the styling, the Ford Ranger 2019 is redesigned with a fresh front bumper and a new grille

As announced earlier this year, Ford PH will release both the Ford Ranger 2019 and the Ford Everest 2019 facelift in 2018. Speaking of safety features, the Ranger 2019 gets an updated package