The Ford Everest 2019 is now boosted with a new EcoBlue diesel and 10-speed automatic transmission.

The Ford Everest 2019 has recently received some significant changes including hardware upgrades and exterior refinements. Especially, the most considerable update in the Everest is its engine which is borrowed from the powerful pickup Ranger Raptor - a 2.0L EcoBlue turbodiesel powertrain. Applied for the top-spec version, the mill will produce 210 hp and 500 Nm of torque which are respectively 12 hp and 30 Nm more than the current bigger 3.2L straight-five turbodiesel engine. Like in the Raptor, the engine will work in a conjunction with a ten-speed automatic gearbox. The Everest 2019 has recently received some significant changes 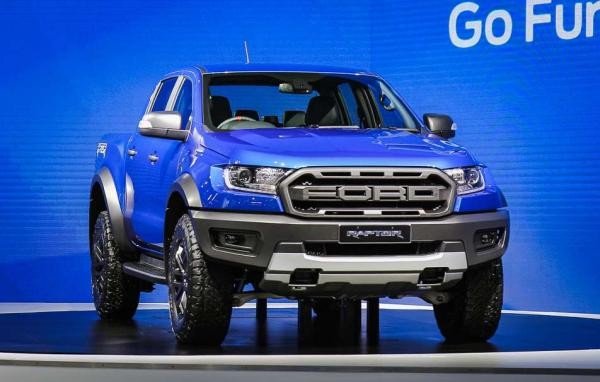 Meanwhile, the base Ford Everest 2019 will continue being powered by the 3.2L diesel engine mated to the 6-speed automatic gearbox. The mid-range version can be equipped with the EcoBlue diesel mill. Both variants will be driven by standard rear-wheel drive with optional 4WD. The top-of-the-line Titanium gets only 4WD in the Australian market.

As for the exterior, the changes come more subtle, containing a fresh garnish for the foglamp surrounds, a slimmer 3-bar grille and lower air intake. Exact details of the interior are still difficult to pin down at this point.

According to the latest car news, the Ford Everest 2019 will be launched in the Australian by the 4th quater this year. There hasn’t any announcement for the ASEAN market’s release dates. In the meantime, let’s check out the up-to-date price of the Ford Everest 2018 in the Philippines: