It is revealed that the Ford Ranger 2019’s power will come from a 2.3L twin-scroll turbocharged 4-cylinder Ecoboost engine.

Ford has planned for revived Ranger production. It is claimed that the production will proceed later this year and ready for sales at the beginning of 2019. Ford promises to bring the Ranger on top the pickup segment with its capacity of enduring extreme temperatures, heavy loads, and tough terrain.

A video has been released on the internet showing the Ford Ranger 2019 passes various tough tests. In the scene in David Dam, Arizona, the new Ranger takes on the towing tasks on longish steep grades. Besides, in Australia, the pickup truck takes on a new look with an Outback paint on. Finally, at Michigan Proving Ground, the Ford overcomes the test of rough terrain which robot drivers are used instead of real drivers to make sure no injuries comes up. 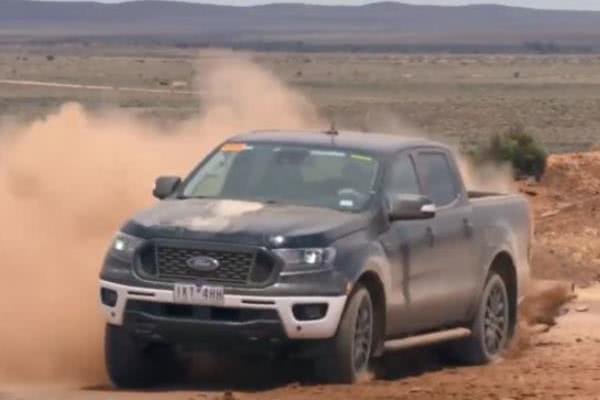 Rick Bolt, the Chief Engineer of Ford Ranger, said in a statement that they extremely test every component to ascertain the Ranger will tackle almost any terrain and season. The brand also ensures the Ford Ranger 2019 is tested using the similar standards the F-150 underwent to attest to Rick Bolt’s words.

Though the information about the output has been kept closed, it’s revealed that the Ford Ranger 2019’s power will come from a 2.3L twin-scroll turbocharged 4-cylinder Ecoboost engine which is channeled to a new ten-speed automatic gearbox of the brand.

If the outlandish performance from these tests comes true in the production models, it is sure that the new Ranger will definitely conquer the off-road-focused market. On the other hand, the Ford Ranger Raptor may likely be out in the US market as a camo prototype with the left-hand-side steering wheel was caught in Oklahoma.