Lance Mosley, Managing Director of Ford Philippines as quoted as saying: “The wide popularity and strong appeal of the Everest, EcoSport and Ranger are continuing to drive our sales momentum this year.”

>>> Ford Europe has recently developed technology that will notify drivers when an emergency vehicle is nearby. Click to find out.

The June performance helped the company reach its all-time quarterly performance, with retail sales of 8,922 units during the April to June period.

Mosley said that sales of the Everest SUV jumped 8% from a year ago to 1,139 vehicles in June, bringing the company’s total year-to-date sales to 5,768 vehicles. 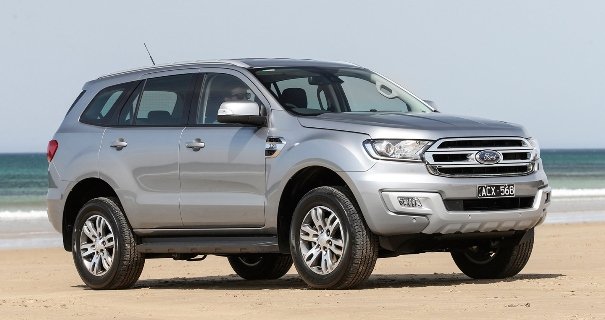 Sales of the Everest SUV jumped 8% from a year ago to 1,139 vehicles in June
On the other hand, the Ford EcoSport recorded a 15% increase in sales to 984 vehicles in June. Ford PH added that this record pushed EcoSport’s year-to-date sales 29% higher to 5,225 units sold. The Ford EcoSport recorded a 15% increase in sales to 984 vehicles in June
Not far behind in the sales chart is the “Built Ford tough” Ranger. The pickup closed June 2017 with an impressive 880 of its copies sold, lifting year-to-date sales up to 16% to 4,596 vehicles. The “Built Ford Tough” Ranger is the second best-selling pickup truck in the Philippines.

>>> The Ford Ranger is one of top 5 used pickup trucks with monthly payments from P25,000 on Philkotse.com. Click to find out. The Ford Ranger closed June 2017 with an impressive 880 of its copies sold
Of course, the aforementioned models are not the only ones driving Ford PH’s high momentum in June. The company’s North American-built models also saw robust demand. The Explorer SUV bolstered 57% increase in sales, that’s a total of 137 vehicles sold in June and a 47% increase in year-to-date sales to 353 units sold. Finally, the Mustang sports car delivered June sales of 69 vehicles, bringing quarterly sales to 124 vehicles.