Updated Oct 05, 2020 | Same topic: Most Updated Car Concept
The pickup would push back innumerable fierce rivals in its segment.

Pitched as the smartest, toughest and most capable heavy-duty pickup from Ford, the next-generation Ford F-Series Super Duty is now even potent than ever with added horsepower and torque. Yes, for 2018, the full-size pickup is motivated by a 6.7L V8 Power Stroke turbo diesel engine which generates more output than any trucks in the same segment. As its name evokes, this Super Duty can push out a superb output of 450 hp and 935 Nm of peak toque. On top of that, the gooseneck towing, hitch towing and payload capacity are all significantly enhanced by a plethora of updates covering the cylinder heads, turbo boost calibrations as well as optimized fuel consumption. 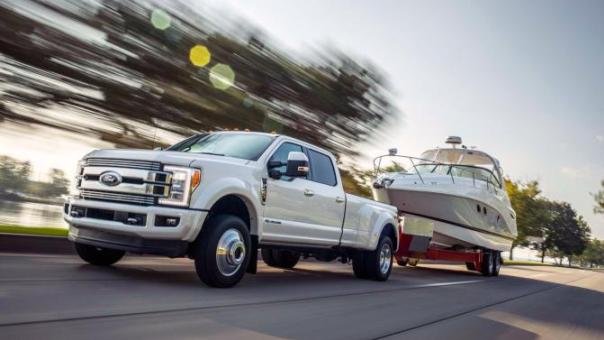 The gooseneck towing, conventional hitch towing and payload capacity are all significantly enhanced According to latest car news, the Ford F-Series Super Duty 2018 is set to hit the U.S dealerships this winder. So it’s highly likely that it would come later this month. Stay tuned!