The Ford F-150 finally makes a return to the Philippines in its 13th generation, available in Lariat and Platinum trim. Other than looming over the Ranger (and everything else in the local midsize pickup segment) in terms of size, it also carries quite a hefty premium.

There’s a Php 2,698,000 price tag for just the lower-spec F-150 Lariat, which is already a significant jump from the top-of-the-line Ranger Wildtrak (Php 1.7 million) and even the Ranger Raptor (Php 1.9 million). With the range-topping F-150 Platinum costing an additional 300k, one begins to wonder if the pricing is more than a bit unreasonable for a workhorse, especially since it will be a good two years before we get our turn at the 14th-generation Ford F-150. Believe it or not, the Philippine-spec Platinum is actually a steal for the price it carries.

See, the Platinum variant we’re getting is the same one currently running around North American roads, both coming from the same Ford plant in Dearborn, Michigan. They ride on the same chassis, have the same aluminum body, and sport the same body configuration as well as external elements. The difference, however, lies in the options. 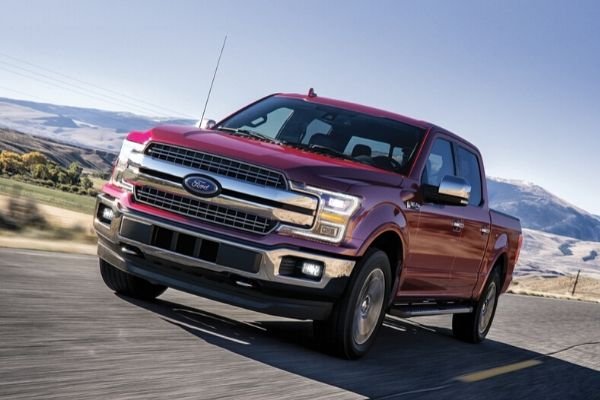 Let’s take a look at the American version. According to the Ford U.S. website, the Platinum starts at $58,160 or Php 2,910,326. Sounds cheaper than the one released here – until you notice that the base price only accounts for default specs. How basic? We’re talking about a 4x2 drivetrain and a 3.15 non-limited slip axle ratio.

Configuring their version to closely match ours requires a few upgrades. For the purposes of comparison, we pick an F-150 Platinum in Rapid Red. While that choice of color is already factored into the local price here, it’s a $395 option for U.S. customers.

>>> Related: Check out for the complete guide to Ford cars Then there’s the Technology Package, which includes a 360-degree camera with split-view display and Active Park Assist. This is accompanied by Adaptive Cruise Control with Stop and Go, Pre-Collision Assist with Pedestrian Detection, and a Tailgate Step with Lift Assist.

Even with a $500 discount offered on the option, that’s still an extra $2,340. Out back, you’ll need to add $350 for a plastic drop-in bed liner to protect the cargo bed. If you want that fancy twin-panel moonroof for the cabin, it will cost another $1,495. 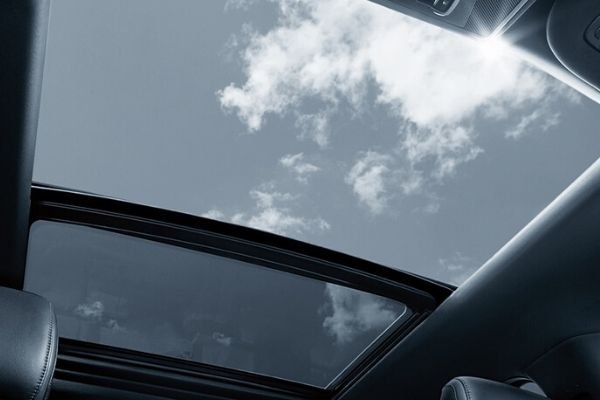 Moving on to what’s under the hood, the U.S.-spec Platinum offers a range of three engines. Let’s say we take out the stock 5.0L V8 for the 3.5L EcoBoost V6 with Auto Start/Stop.

That will set you back $600. Going for the 4x4 drivetrain costs another $3,425. Skid plates are also a separate option, part of the FX4 Off-Road Package that includes Hill Descent Control and a 3.31 electronic-locking rear axle, tacking on $905 to the running price. All things considered, the Philippine-spec F-150 Platinum is a steal

Including miscellaneous charges, the estimated net price for the American F-150 Platinum totals $66,775 or Php 3,341,421, and that’s exclusive of import and customs fees on our side.

When you consider that the Philippine-spec Platinum already comes ready to roll with all these features for just a hair under Php 3 million, we think you’d agree that it’s quite a bargain.