The world gets a turbocharged Elantra N-Line. Meanwhile, in the Philippines…

Hyundai is offering a sportier compact sedan to international markets.

H is for hallyu, or the Korean Wave. You can’t even remotely consider yourself in vogue if you’re not at least excited by what South Korea has to offer next. From the latest K-Drama series, trendiest K-pop hits, or even the most savory Korean culinary creations, you’d have to pounce on it faster than you can say, “annyeonghaseyo”. 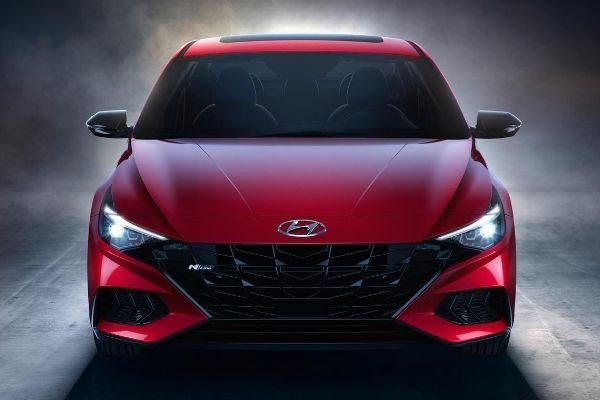 Those sharp lines tell you that this isn't your vanilla Elantra

H is also for Hyundai, which the gearheads will look to for their own upcoming K-fix. And this one’s a doozy because Hyundai has just launched the Elantra N-Line. Consistent with the high-performance trim, the new model boasts sharper styling over the regular version, with the goods under the hood to match.

First off, the low and wide exterior enables the Elantra N-Line to hug the ground more closely for better handling. The eye-catching design (which Hyundai calls Parametric Dynamics) is an interplay of copious creases and aggressive angles that seem to slice through the air as the car zooms past.

A cascade grille headlines the Elantra’s fascia, featuring intricate geometric patterns capped off with an N-Line badge, while arrowhead-shaped air curtains down below aren’t just for looks, but enhance aerodynamics and engine cooling. 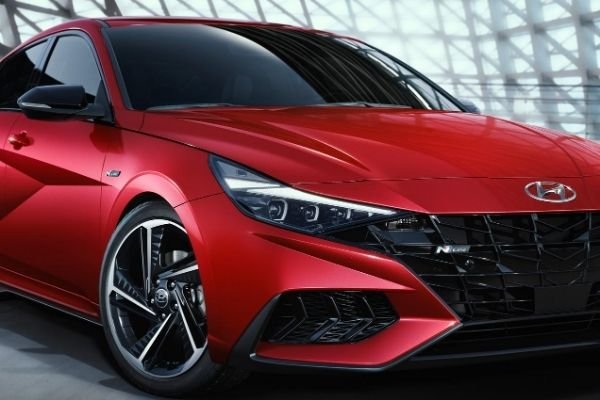 The arrow theme can also be found elsewhere on the Elantra N-Line, from the doors to the sharp LED taillights connected by a light bar. Even the trunk with the integrated spoiler seems to convey forward motion while standing still. A set of 18-inch aero alloy wheels on low-profile tires complement the Elantra N-Line’s side skirts for some show-stopping road presence.

Inside, there’s an abundance of leather for a decidedly premium feel, from the bolsters on the sport seats to the perforated N steering wheel and gear shift lever. As on its garden-variety sibling, the Elantra N-Line packs two 10.25-inch screens along with the dashboard, one serving as the instrument panel and the other assuming infotainment duties with wireless Apple CarPlay and Android Auto connectivity. 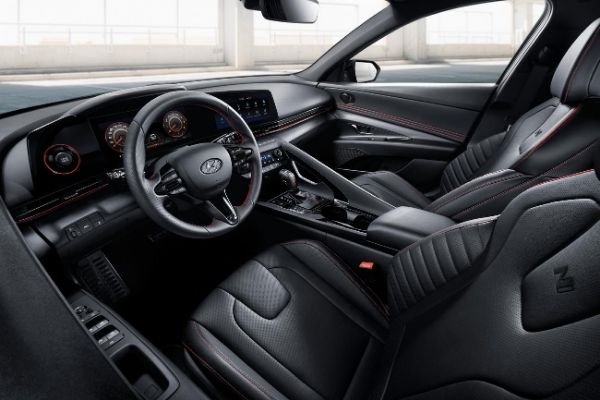 The interior is sporty and sophisticated at the same time

A 1.6L turbocharged GDI engine spins the front wheels with 201 hp and 265 Nm of torque, through either a six-speed manual transmission or a seven-speed dual-clutch gearbox. Increased suspension stiffness accompanies a multi-link rear setup and larger front disc brakes to yield better handling.

The Elantra gets a hybrid too

Sportiness gets a dose of efficiency with the upcoming Elantra Hybrid, the first such model in over a decade after 2009’s Elantra LPI Hybrid. For propulsion, it comes equipped with a 1.6L GDI Atkinson-cycle engine, paired with a permanent-magnet electric motor that gets its power from a 1.32-kWh battery. Total system output is 139 hp and up to 264 Nm of twist.

The Elantra Hybrid can switch to the all-electric mode for instant low-end torque, while power-assist is on tap at higher speeds. It will have its Korean release by the third quarter of 2020, with global markets slated to follow shortly. 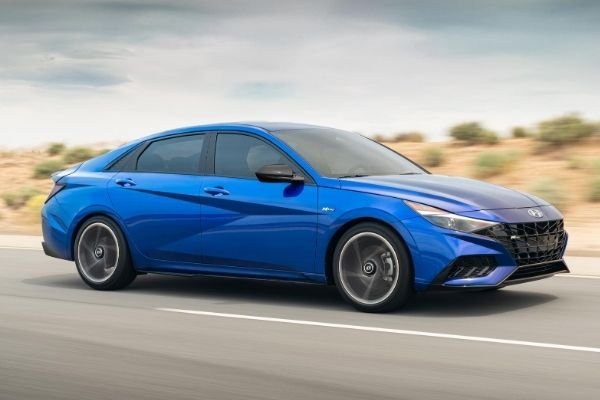 Our market still has the pre-facelift sixth-generation Hyundai Elantra which is already midway through its production cycle. Both the N-Line and Hybrid variants might just be the shot in the arm that the model needs, especially as its rivals such as the Toyota Corolla Altis and the Mazda3 sedan are already stepping up their game. Do you fancy a sportier Elantra on Philippine roads?

Get ahead with the latest releases on Philkotse.com.