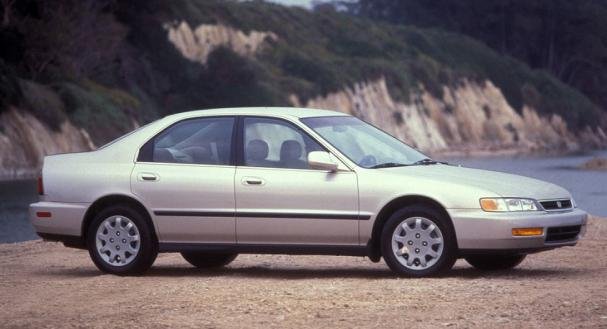 The 1997 Honda Accord is the most stolen model in the country
Discussing the reasons, the Honda Accord is known as one of the best-selling cars of all time. This model climbed to the top of the charts in 1989 and never really fell; thus, it is its popularity that makes the Accord a target of car thieves. Another reason is that older cars, in general, are easier to steal than modern ones.
>>> Related: Complete guide to the current PH-market Honda Accord

The 1997 Accord was closely followed by the 1998 Civic, also a popular car in the US market, with 49,547 reports of theft. Pick-up trucks such as Ford and Chevrolet took the next two spots and the 5th position was the 2016 Toyota Camry. Surprisingly, the best-selling car of all time Toyota Corolla came in the 8th place. The 1997 Accord was closely followed by the 1998 Civic
Although car thefts have significantly fallen since 1992, car owners still need to pay close attention to your beloved by locking it up tight. “Anti-theft systems in newer model cars and trucks are excellent, but they don’t work if you don’t use them. Far too many thefts occur because the vehicle is left unlocked and the key or fob is inside," explained Joe Wehrle, NICB CEO.
Hot Wheels: America’s 10 Most Stolen Vehicles in 2016
>>> Do you which are the 3 most stolen cars in the Philippines? Click here to check out our list.

Know more about Honda Accord 2022

The Honda Accord 2022 is the Japanese marque's entry to the midsize sedan segment, which is now on its 10th-generation version. It is offered in the Philippines under one variant only named the EL Turbo CVT Honda Sensing, Accord 2022 Philippines priced at Php 2,350,000. Powering this executive sedan is a 1.5-liter Earth Dreams Technology DOHC 16-valve VTEC turbo engine that delivers 187 horsepower and 260 Nm of torque. This power unit is connected to an Earth Dreams Technology Continuously Variable Transmission (CVT) as standard.