Straight pipe exhaust - What are the advantages vs disadvantages?

Understanding what straight pipe exhaust is and its advantages and disadvantages to help you decide whether it is a good or bad option for you.

Some car owners love the sound of loud cars which creates unusual noises even if it is bad to our sense of hearing. There's something about them that triggers the senses of some motorheads.

The turbo’s flutter, the supercharger’s whine, and the straight pipe exhaust’s grumbling never fail to catch the people’s attention. This is why car enthusiasts also want them in their vehicles. Some even spend a significant amount of cash to acquire those superchargers and turbos. 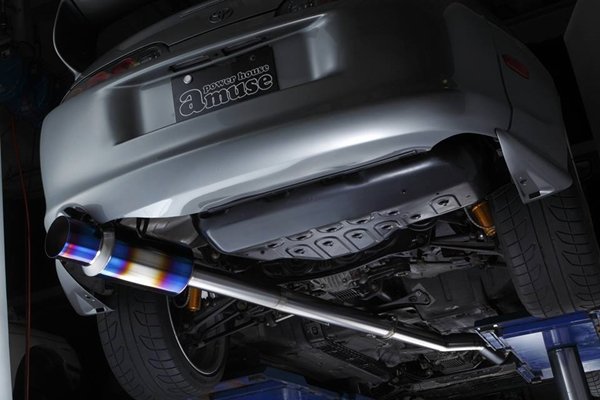 1. What is a straight pipe exhaust?

It's an exhaust system which involves connecting the pipe straight from the exhaust headers — then taking it directly to the tipping point without requiring the muffler or catalytic converter at any point. This type of exhaust is really loud. This is why straight pipe exhaust is often found in performance vehicles and racing engines.

This system will allow the gases from the exhaust flow of the engine, enabling them to move straight to the atmosphere by the exhaust point. The straight exhaust system, just like any other thing, has its advantages and disadvantages. Read this article to find out. The straight exhaust system, just like any other things, has its advantages and disadvantages

>>> Related: What does a muffler do? How does it differ from a car exhaust?

2. What are the advantages?

One of the main reasons that car enthusiasts go for such setup is that it enhances the horsepower of the vehicle. It reduces the backpressure coming from the engine that enables the exhaust gases to pass freely; thus, helping the engine operate without any hindrances.

With this exhaust system, you will have a slightly better horsepower and higher fuel economy. But you have to take note that the pipe's size matters. Don't just get a thick pipe without checking if it is fit for your vehicle. You first need to have a precise analysis that will be done by a professional mechanic. He will determine the best product for the vehicle.

It enhances the horsepower of the vehicle

With straight pipes, you don't just get a better horsepower and fuel economy. You will also enjoy the aesthetic advantages it brings to your car. It will surely make your vehicle the center of attention. In addition, you can make it more appealing by applying a chrome polish.

You can also opt for different sorts of welding procedures to give the exhaust tip a beautiful color. Various options are available such as red, blue and green colored patterns for the tip which will make it more appealing.

You also have the option to opt for a twin-pipe structure for a more attractive look. You will notice that race cars which have more exhaust pipe have a sportier look. This is also the main reason why most modern vehicles arrive with quad exhaust rather than twin exhaust. The real sound of the engine

As mentioned, the exhaust system has loud noise, but aside from that, it also gives out the engine's actual sound. The sound emitted by your vehicle will be pure and raw since there will be no constraints in its way, such as a muffler.

But you have to be very considerate to your neighbors and think twice before you start your vehicle in the morning. Because of the loud sound of your car, you will definitely wake them up. 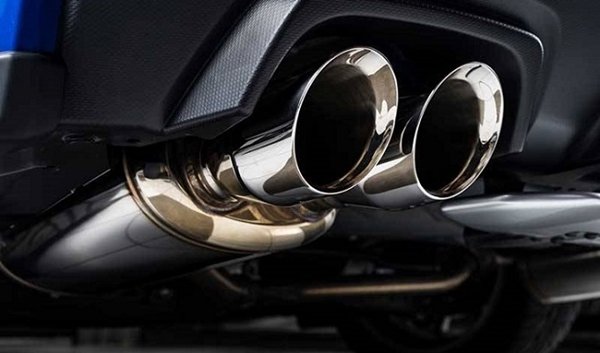 It also gives out the engine's actual sound

>>> Check out: 8 easy tips to diagnose your car's exhaust problems.

3. How about the disadvantages?

With the advantages stated above, you should expect that opting for a straight pipe is expensive. Initially, you'll have to modify the whole exhaust structure. This is to make room for a new pipe. Aside from being expensive, a new set of pipes are also hard to come by, that is the main reason why it's preferable to go for exhaust pipes that are custom-built.

Additionally, after going for a straight pipe exhaust system, you also need to tune the car according to a particular standard. As a car owner, you are also aware that tuning is expensive as well. So before you switch to straight pipe, make sure you are prepared for the hefty expenses. You should expect that opting for a straight pipe is expensive

The straight pipes might create the best engine sound; however, it is not good for our environment. Going back to the late twentieth century, the catalytic converter was first used to cars to fight the pollution effects caused by vehicles. But, the first catalytic converter was not suited for performance cars. It is because it restricts the gas flow and prevents the engine from breathing freely.

Today, we already have advanced catalytic technology. And modern vehicles are already equipped with high-flow cat-converters which enable a large portion of the gas to flow freely. However, despite the improvement, it is no match for the straight pipe setup. 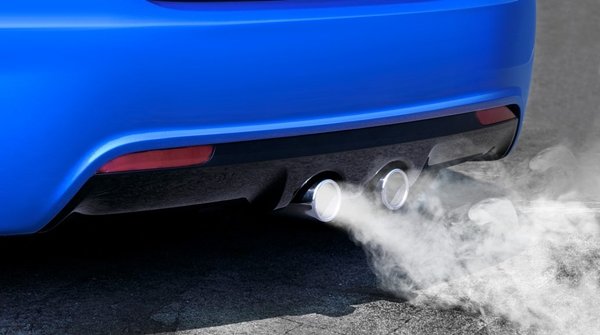 The straight pipes might create the best engine sound; however, it is not good for our environment

Take note that the catalytic converter is required in every vehicle in accordance with the law. If you still opt for a straight pipe, you will not pass the carbon emission test; thus, your car would not be permitted on the highway. The best option you have is to opt for a cat-back exhaust system. It is basically a system containing a straight pipe setup and a cat-converter.

As stated earlier, most car enthusiasts opt for a straight pipe because of its loud sound. What most motorheads do not realize is that the loud noise created by these exhaust systems is deafening. And when they drive or even just start the car in a rural community, they could get cause public disturbance and get police attention.

Most of those who opt for these systems are those who drive their vehicles on racecourses. So if your city has a race track, then a straight pipe exhaust is perfect for your car because you will be capable to try its limits.  But for a regular neighborhood, this setup is not recommended. You might only get reported for being an inconsiderate neighbor.

>>> You might want to know: 10 bad car noises Filipino drivers should look out for

Not that you know the advantages and disadvantages of the straight pipe exhaust, it's now up to you if you would go for it or not. You can now weigh your options and decide which the better choice is.