Feb 11, 2019 | Same topic: Handy Maintenance Tips
The auto exhaust system is a crucial component to keep a car running! If it doesn’t work, there will serious problems that may lead to a tow!

One of the reasons why cars run smoothly is that the exhaust system is running effectively and noxious gases created by combustion is released through it. When a worst-case scenario happens; early identifying problems with the exhaust system is a distinct advantage. Furthermore, even if all other car components are in tip-top shape; then that’s something to worry about.

First off; problems have a beginning and have an end, that is when it gets repaired and eliminates car's exhaust system matters. In the age ECU and sensor-laden car components, it does up the problem a bit with cars of older generations! Take note that any ECU driven car will need a total diagnostic before anything is done to it.

Get to harried and rushed; say hello to damaged sensors or something else! Problems should be identified especially when it goes awry on the road. All these will precipitate; before leading to something worse. In this article, Philkotse.com will point out some signals of exhaust problems that drivers should out for while driving. Remember that late recognition will cost money, time, and big headaches on the car owners part!

They are the common culprits when there are problems with the exhaust system. That lead to dire consequences which should be avoided. Be a lucky fellow with such problems, then have awful fuel mileage or feel the engine, not behaving normally! Keeping the exhaust system problem free is a priority

By far, when any car engine idles normally; it means a regular rate of exhaust is ejected, and new air is introduced into the exhaust manifold. The regular intake and exhaust will main a constant temperature inside the engine! But, rough idling will blow back the gases and raise the heat inside it. Metal warping that is the start of leaks; if it gets too hot inside the engine. Oxygen sensors in the engine can only work at five hundred degrees or more. When there is a leak; it won’t be activated at all and hamper fuel efficiency too! Rough idling seems to be harmless, however, it's the first sign of big problem underneath your vehicle's surface

Normally engines would purr and make a low noise when running or pressing in the gas pedal. If a loud sound unlike normal ones when running or idling is heard check it. Remember that hissing and tapping is a probable cause to have the exhaust system checked

When the exhaust is working fine and the intake and expelling of oxygen into the intake manifold, with relevant parts like the oxygen sensor, works in complete unison with exhaust gases expelled. Should the intake, combustion get fouled up by leaks and blockage? It should lessen power production and slows down acceleration significantly. This scenario should be checked; since it may be the beginning of small problems.

Most probably; if fuel efficiency is not the same as usual. That may be attributed to metal parts getting fatigued from excessive heat and corrosion, that leads to leaks or cracks in the engine manifold or other exhaust pipes as well! Constant pressure pushes the gases out and should produce constant idling and noise. With pressure loss, the problems will hit the roof in time. Best to get it done; before getting everything worse! 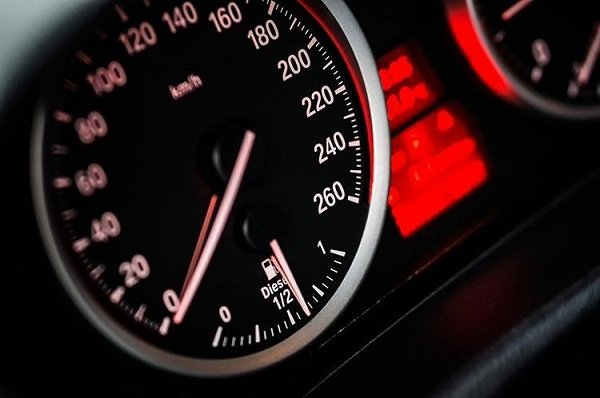 6. Burning smell from the engine compartment

When combustion occurs in the manifold; there shouldn’t be a smell detected! Excessive heat from leaks and cracks can cause heat that could roast plastic and other softer parts. For example, if the heat shield is damaged; then more heat can seep out and cause small damage slowly. So, any burnt smell or fuel scent detected should be suspect immediately! Has the car checked with all speed?

7. The stink of gasoline from the exhaust pipe

It can’t be more obvious that this; when the exhaust for the pipe stinks of fuel. On the onset do the right thing; have it checked to see if it is a major problem. Having that smell shouldn’t be there at all.

8. Holes in the muffler

At all times; the exhaust pipe should be attached to the harness under the car. Rust and corrosion will eat away at stainless, steel or aluminum parts. Best to fix securely the part, and have it fixed before it falls. Dragging a fallen muffler will damage it more, better stop and see if it can be secured!

So, avoiding major problems should be the game plan! Any car can run with a damaged exhaust system, but that’s not a smart call! Best to know all the nitty-gritty before problems with the exhaust system get out of hand. An ounce of prevention is worth a pound of cure, here’s to better motoring in 2019 that problem free!