12 myths and facts about engine oil that you should know

Engine oil can be misleading to a new car owner as it can be filled with myths and assumptions that have no factual basis. Click here to debunk these engine oil myths and explaining the facts behind it!

Engine oil is essential to the vehicle, much like how the human body needs water. Without it, a vehicle cannot serve its purpose of transporting people from one point to another. In a nutshell, engine oil protects from rust, sludge, and corrosion and lubricates engine parts.

Discussion regarding engine oil can be misleading to a new car owner as it can be filled with myths and assumptions that have no factual basis. This article prepared by Philkotse.com is aimed towards the debunking of these engine oil myths and explaining the facts behind it.

Your mileage count is not an accurate measure of when you need to change your engine oil. Varying car models and specifications offer different performance making it inadequate to determine that a 3,000 mileage count is the basis for your next oil change. 2. The need for an oil change before going on an extensive road trip

It is practical to have your car checked and serviced before going on a road trip. However, this should not be the sole basis for the change. Always follow your regular car schedule for maintenance so that you have a realistic status update of your vehicle.

It might also help to check your oil dipstick level. When the oil level is below the marker, it is an indication that you need to add more. 3. You can settle for a low-quality engine oil since the vehicle is running well

Always remember that your car is a costly investment. Like all investments, it must be treated with care and nothing but the best should be used for it. The same applies to your engine oil.

Settling for a cheaper yet substandard will quality will only cost you and damage your engine in the long run. Low-quality engine oils are contaminated with foreign elements that decrease the lubrication features of a high-quality one. 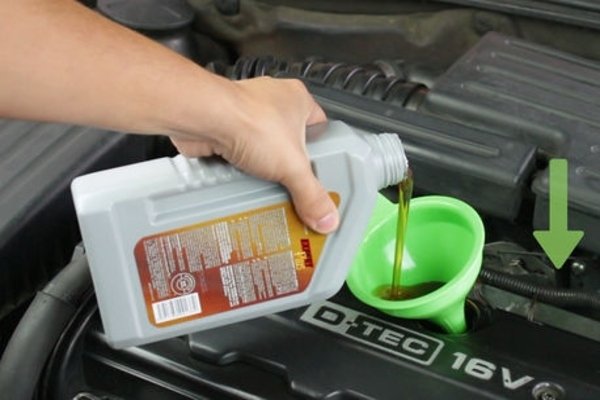 4. You can still use the oil filter after an engine oil change 5. The letter “W” on most engine oil packaging that stands for weight

6. You can’t switch back to your original engine oil after using synthetic oil

For some areas with occurring high-temperature climates, the use of synthetic oil has been favored because of its resistance. In addition, it’s known for its cleaning features that make a car owner assured about his engine.

However, the use of synthetic oil is not permanent. You need to go back to the original engine oil you have. Better consult with your car technician about the best synthetic oil option for your car so that you won’t have to deal with nasty leaks after. The use of synthetic oil is not permanent

7. The need to change the oil when it’s black

Naturally, new engine oil usually possesses an amber hue. With continued use, the oil gets contaminated with various elements that turn it into black. The next time you look into your engine and see black oil, don’t be alarmed. This color is natural.

Seeing oil leaks underneath an older engine is an indication that your seals are the problem. High-quality engine oil doesn’t leak on new or older models. Upon noticing oil leaks, bring your car to a trusted technician already so that the problem can be fixed. 9. The main culprit for sludge is engine oil

As mentioned earlier, a responsible car owner wouldn’t settle for low-quality engine oil. Engine oil is responsible for cleaning off the contaminants that can damage the engine and suspends it.

Sludge is caused by the build-up of unburned fuel, engine deposits, and leaking coolant. If you notice the presence of sludge, it’s time to replace your low-quality oil into a high-quality option.

10. Engine oil smell indicates when to replace it

Engine oil works best by cleaning the engine. When it’s done doing its function, you need to replace it as it is filled with dirt and other contaminating elements. The oil smell is not an indication of when you need to change it. 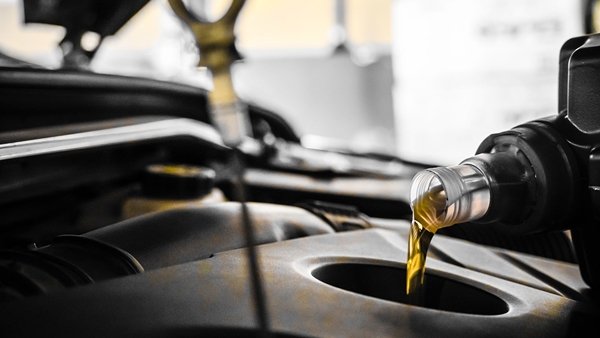 However, you need to read into the manufacturer’s instructions of when to replace it at regular intervals. Not being able to replace it when it’s due will reduce the effectiveness of lubrication and cleansing function of the oil.

11. No need to use detergent oil when breaking into a new engine

The truth is, as new engine designs and fuel formulations increase its availability in the market, manufacturers suggest the use of detergent oil when breaking into a new engine.

12. The thicker the engine oil, the better

This much like the ones listed above is a myth. When it comes to suitability and viscosity, thinner engine oils offer the best solutions. Engine oil myths are done by people who don’t have a factual basis for their beliefs. Since a lot of individuals don’t have any idea how engines and other automotive parts work, they create these so-called myths that can harm other engines when blindly followed.

As much as possible, ask your trusted technician about engine oil knowledge that you need to learn. It would also help if you educate yourself and commit to care and maintenance for your automobile.