Engine oil myths and what to do when oil leaks happen

Your car has different essential fluids that are vital for the overall health and performance of the vehicle. For the car to run efficiently and smoothly, all the car fluids should be at their right levels.

In this article, Philkotse.com will focus on engine oil. We will tackle the functions of engine oil as well as the most common causes of engine oil leaks and ways to address them.

The function of engine oil

Aside from lubrication, it also protects the moving parts of the engine from coming in contact with each other. Engine oil also cleans the debris in the engine. It collects the debris as it is pumped throughout the engine, and the collected debris will be dispensed into the vehicle’s filter. The entire process maintains a clean engine and keeps it from materials and debris accumulated from the normal use. 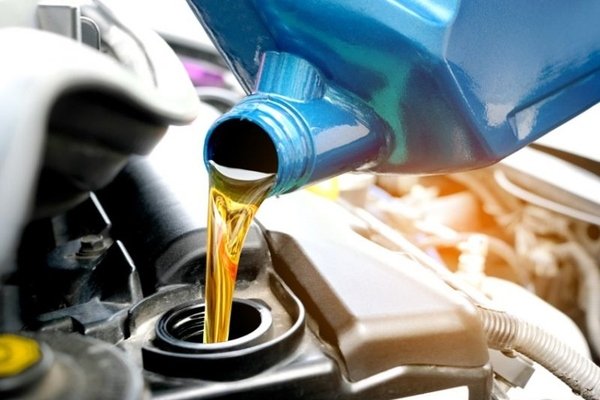 Causes of engine oil leaks and how to address it

Have you ever drive your car out of the parking lot or parking area and noticed a puddle of oil underneath your vehicle? That puddle of oil is an obvious sign of engine oil leak. You might be confused about whether you can still safely drive the car or not. 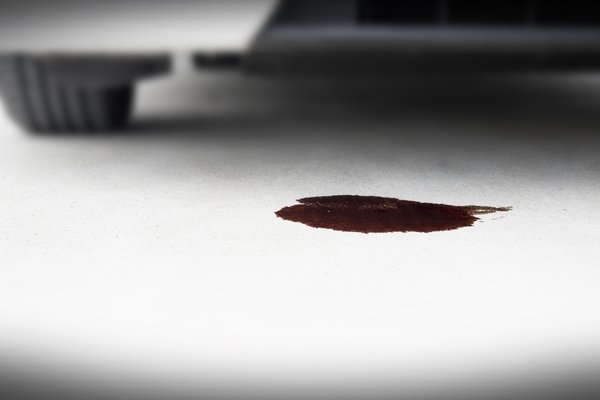 Well, oil leak does not only have a significant effect on the car's engine and performance, more importantly, but it's also dangerous because the oil leak can cause a fire which will put you and your passengers at risk.

If you find out any fluid leaks coming from your vehicle, ensure your safety and don’t drive the car. Also, you have to check the fluid to know if it is indeed motor oil or other car fluids. The color and texture of the fluid will help you identify which car fluid it is.

If you see a yellow or dark brown fluid and has a silky surface, it's most probably motor oil. Below are the possible causes of engine oil leaks and the steps you can do to solve the issue.

>>> Related: What is an oil catch can: Purposes, Benefits, Pros & Cons

Usually, the cause of oil leakage is a damaged or bad oil filter. Once you suspect that your engine oil is leaking, check the oil filter and check if it’s fitted or properly aligned. Take note that you need to replace the oil filter each time you have your oil changed. If you already have a damaged filter, you have to replace it as soon as possible. 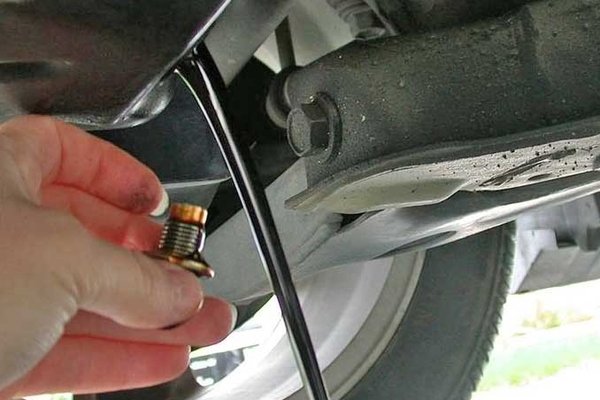 You will see valve covers above the engine cylinder head. It acts as a sealing which prevents the oil from escaping. Over time, the valve cover gasket can get worn out which will allow the oil to leak. To address the problem, you need to replace the damaged valve cover so that it will effectively do its intended purpose. You will find the oil pan situated on the base of the engine. Just like other engine parts, oil pan also gets damaged with use and time. Since it is located in the bottom part of the engine, it usually gets hit by debris resulting indents.

With this, the seal slackens and will allow engine oil to leak from the pan. In this scenario, check if the oil pan is still repairable and if not, then opt for a replacement.

Cheap or poor oil quality doesn’t have the right conditioners and additives to maintain the components of the engine in a perfect condition.

You have to make sure that you will use the correct type of oil for your vehicle to maximize the lifespan of the engine. Putting the wrong type of engine oil will make a wrong oil pressure on the engine and it can lead to an oil leak.

>>> Check out: 4 factors to consider to choose the right engine oil.

It rarely happens but it can be the main reason for oil leakage particularly in older vehicles. A damaged engine cylinder head enables engine oil leakage and the leak can even reach the cooling system.

In this situation, you have to inspect the coolant cap or oil camp to make sure if the cylinder is indeed damaged. Determine if the damage in the cylinder head is repairable or a replacement might be the best solution to the problem.

A bad head gasket especially those with holes causes oil leak that reaches the transmission system. In this case, you need to check the gasket of your engine and repair or replace it as soon as possible to solve the problem.

The bolt or nut holding the main pulley is usually very tight which will require you to exert additional force to successfully remove it. Take note that replacing the main seal can be one of the most expensive repairs in your car next to replacing the head gasket and rebuilding the transmission. Make sure you have it replaced to a qualified mechanic.