5 steps to respond to your car’s oil light

This is how to properly respond to the illuminating car's oil light in the dashboard and the possible reasons why it is illuminating.

Gauges and indicators on the instrument panel serve to alert the driver if there is something wrong with the car. These instruments are vital in ensuring that the car is always running in prime condition.

One of the more important indicators that you’ll find is the one that pertains to your engine oil. On older cars, dedicated oil pressure gauges were the norm, while newer ones make do with just an icon that lights up to catch the driver’s attention; purists argue that the latter compromises information for simplicity.

Either way, monitoring the state of the engine’s lubrication is essential to making your car run as long as it can. Oil is the lifeblood of your engine, ensuring that it runs smoothly and efficiently; anything involving oil that can potentially affect the engine’s performance needs to be promptly addressed.

So what do you do when you see the "check engine oil" warning light up on your instrument panel? Philkotse.com lists down your options.

Step 1. Park in a safe spot and turn the engine off

If you see the oil warning indicator light up on the dashboard, either it’s a fluke caused by a faulty fuse, or it means something genuinely serious like low oil pressure. The car sounds and feels fine, you argue, even if the warning lamp stays on. You really wouldn’t want to gamble your engine away, would you?

When the Check Oil light turns on, do the sensible thing: pull over in a safe spot and switch off your ignition. If there really is an issue with the engine oil, this will at least give the engine time to rest while you attempt to diagnose the problem. 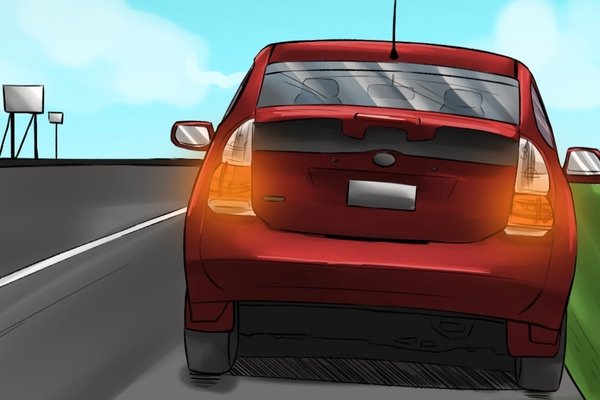 Pullover and park in a safe spot

Step 2. Let the engine cool down before touching the hood

Assuming that you’ve been driving for some time when the indicator lit up, the engine has been running at its normal operating temperature (read: quite hot) for some time.

Before doing a manual inspection under the hood, it’s best to let the engine cool down first, primarily to avoid scalding yourself on the engine block or the radiator, and secondly to let the oil settle after having circulated so much around the engine.

Once the hood is safe to touch, open it to access the engine compartment. Use the dipstick to check the oil level, taking care to wipe it beforehand using a dry rag before dipping it into the reservoir, then pull it back again to read the oil level.

There are two marks on the dipstick; the oil level should be somewhere between the two. If the level is below the bottom mark, you need to top up your engine oil immediately. 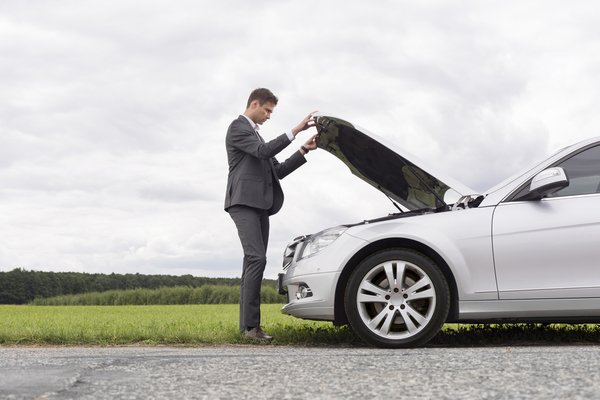 Let the engine cool down, especially if you’ve been driving for some time

Step 3. Look for signs of leaks

If you know that the engine oil shouldn’t below, especially if you’ve just had it changed or topped up recently, then you might have a leak on your hands. Check underneath the vehicle if there is a puddle of black (old oil) or brown (new oil) building up, or if you left behind oil trails in the direction you came from.

A leak could mean a degraded gasket, faulty oil pan, old oil seals, or something as simple as the oil filter not fastened securely to the engine.

Remember: In case you do find oil leaking from the bottom of the car, do not touch it. Apart from being very hot from circulating around the engine, used engine oil is also toxic and can cause a variety of skin disorders, including dermatitis and skin cancer. Look under the vehicle for signs of leaks

When the oil in your engine is lower than normal, then you would need to add the necessary amount of oil to bring it back to adequate levels. If you happened to stop at a gasoline station, then you’re in luck.

As much as possible, get the same type and grade of oil like the one that is currently in your engine e.g. if mineral oil was the most recent lubricant poured into your engine, then use mineral oil in topping up.

Use the dipstick to determine if you’ve put in enough oil for the engine to run smoother, then check the instrument panel; the oil warning indicator should turn off. Step 5. If the oil light is still on

Despite your best efforts, it is possible that the oil light will remain lit, signifying that the problem is not as simple as it seems, such as a failed oil pump.

Engine oil acts as a protective barrier for the engine’s grinding metal parts, carrying impurities away to be trapped by the oil filter. If the oil fails to reach certain parts of the engine, metal fillings can cause friction in these parts, causing damage that affects the engine’s performance.

If the oil light stays on, don’t attempt to drive the car. Promptly switch off the engine and call for assistance, preferably a tow truck that can haul your car to the nearest shop to have it checked by a competent mechanic. If the process doesn't work, proceed to call a tow truck