Take this chance to behold one of the hottest MPVs in the Philippines this year!

The all-new Mitsubishi Xpander 2018 will be displayed at SM City Cebu, from April 14th to April 20th for every car lover to admire.

All Xpander’s versions will be in attendances at SM City Cebu, from the base variant GLX M/T to the top-of-the-line GLS Sport A/T. Certain versions can be added with some features such as a leather-covered steering wheel, cruise control, 6-speaker audio system, navigation and touchscreen infotainment. 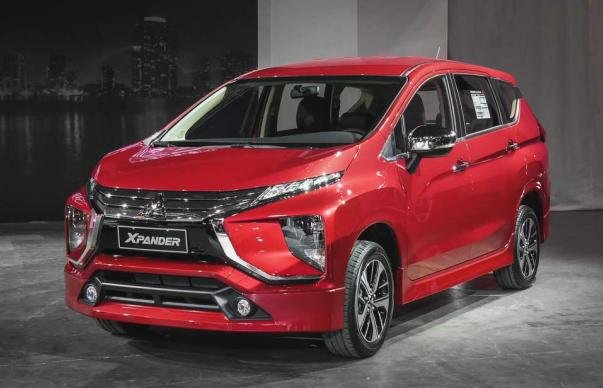 The all-new Xpander will be displayed at SM City Cebu, from April 14th to April 20th for every car lover to admire

Power comes from a 1.5L 4-cylinder MIVEC engine which is capable of cranking out 104 hp and 141 Nm of torque, combined with a 4-speed automatic or a 5-speed manual transmission. The Xpander is also equipped with standard ISOFIX kid seat anchors and anti-lock brakes.

For those who intend to reserve an Xpander, you can get benefits of the pre-ordering promo. If you reserve online and pay the bill before April 30, 2018, you will get an Xpander special gift - a GoPro Hero 5 which is said to be handed over to customers along with the Xpander's delivery.

The Mitsubishi Xpander 2018 will be on display at the North Wing Atrium located in SM City Cebu. The opening hours for viewing the units are from 10:00 am to 9:00 pm. <p>The <a href="https://philkotse.com/mitsubishi-xpander-price-philippines" title="Mitsubishi Xpander variants &amp; price list"><strong>Mitsubishi Xpander</strong></a> multi-purpose vehicle (MPV) follows in the footsteps of the brand&rsquo;s Adventure AUV, a versatile vehicle that can be used for both household and business. Its angular styling uses Mitsubishi&rsquo;s Dynamic Shield design language first seen locally on the third-generation Montero Sport. The original Xpander lineup in the Philippines comprised the base GLX, GLX Plus, GLS, and the range-topping GLS Sport, until the latter was replaced by the <a href="https://philkotse.com/mitsubishi-xpander-cross-price-philippines" title="Mitsubishi Xpander Cross price list">Xpander Cross</a> as the flagship variant. All trim levels feature seating for up to seven passengers, with second- and third-row benches that can be folded to accommodate more cargo. The standard powertrain is a 1.5-liter inline-4 gasoline engine, mated to either a 5-speed manual or 4-speed automatic transmission. Current color options include Titanium Gray, Jet Black Mica, Red Metallic, Quartz White Pearl, and Sterling Silver Metallic. &nbsp;</p>