A rookie crossover faces a veteran.

1. 2021 Suzuki Vitara vs MG ZS: A crossover veteran vs a fresh-faced newcomer

As we’ve said time and time again, the Philippine subcompact crossover market has become a literal battlefield. Several new models have entered the local scene, and competition has become tighter than it was years ago.

Entering the Philippines in 2019 was the MG ZS. So while it is relatively new, it has already made a large mark and has captured its own chunk of the market. So, which crossover offers the better specs? Which is better on paper? Let's find out. Note that for this car comparison, we’ll be pitting the Vitara GLX 1.6 AT variant against the MG ZS Alpha. As the respective top-spec variants for their models, the Vitara GLX and the ZS Alpha both come with well-kitted out exteriors. Both come with roof-mounted spoilers, turn signal side repeaters, LED taillights, front fog lamps, and roof rails. Both also ride on 17-inch alloy wheels.

The Vitara however, does come with automatic LED headlamps, which might prove to be brighter than the MG ZS Alpha’s halogens. The Suzuki-made crossover is also equipped with rain-sensing wipers and power-folding side mirrors.

Inside, both the Vitara and the MG ZS can fit in up to five occupants including the driver. Both are also equipped with a manually adjustable driver’s seat, a push to start button, cruise control, as well as a sunroof.

The MG ZS, however, has leather seats and a leather-wrapped steering wheel, while the Vitara GLX’s seats are covered in fabric and its steering wheel material is urethane. Inside the Suzuki Vitara

The Vitara however, does have some features that the MG ZS Alpha lacks. It comes with a tilt and telescopic steering wheel, automatic climate control, as well as a power liftgate.

For infotainment systems, the Vitara’s 10-inch Android touchscreen has Apple CarPlay and Android Auto. It can also connect via USB, Bluetooth, and aux. It also has offline navigation, and it is linked to a six-piece speaker system. Inside the MG ZS

In comparison, the MG ZS Alpha’s eight-inch screen only has Apple CarPlay. It also comes with USB and Bluetooth connectivity, but it doesn’t come with offline navigation. The ZS Alpha is also equipped with a six-piece speaker system.

Under its hood, the Vitara is equipped with a 1.6-liter M16A inline-4 gasoline engine. At the most, the said engine can make 115 horsepower and 156 Nm of torque.

Power is sent to the front wheels through a six-speed automatic gearbox, which can be controlled with paddle shifters. The MG ZS, on the other hand, uses a 1.5-liter inline-4 gasoline mill that can produce up to 112 horsepower and 150 Nm of torque. It is also a front-wheel-drive vehicle, and it uses a four-speed gearbox with a gear lever manual mode.

In summary with regards to engine specs, the Vitara’s four-banger can make a bit more than the MG ZS’s engine. Its tranny also has more gears, and this can translate to better performance on the highway. For safety, the Vitara GLX and the MG ZS Alpha are certainly well-equipped. Both have the usual anti-lock braking with electronic brake-force distribution, engine immobilizer, ISOFIX, and seatbelt reminder.

Both of these cars also come with hill start assist, reverse camera with parking sensors, stability control, and six airbags. The MG crossover, however, does have a tire pressure monitor and speed-sensing door locks. On the other hand, the Vitara lacks those two features.

In conclusion, you get what you pay for when it comes to these cars. Both, however, are fairly well-equipped and spacious enough for a city-dwelling family.

The Suzuki Vitara is more powerful and its transmission has more gears and can perform better on rough roads due to having more ground clearance.

Its touchscreen is also better, and it also has some useful driving amenities like its rain-sensing wipers and automatic LED headlamps. Do you like the exterior design of the Suzuki Vitara?

Comparatively, the MG ZS Alpha offers a lot of features for its price. It isn’t as powerful as the Vitara, but it does have some tricks up its sleeve.

The MG ZS Alpha also has tire-pressure monitoring and speed-sensing. Sure, you can do what these features are meant for by yourself, but the former is especially useful for folks who are always on the move.

That said, however, we urge you to take these two for a test drive and make your own conclusions. But as far as we’re concerned, both of these are great crossovers that won’t break your wallets. Or do you prefer the MG ZS? 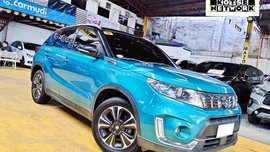 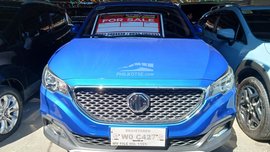