Is a crossover worth the expense and the hype for Filipino car buyers?

Crossovers are the next thing when it comes to hybridized auto, as the minivan. Why are we saying that? Keep reading to unveil the secret!

Think of crossovers as junior SUVs with the drivability of a car which takes advantage of two car types. Many car brands produce this kind of car and are very popular more than ever!

If you look at most brand line ups that are sold in showrooms, there will be crossovers found. These crossovers come in sub-compact, compact with mid-sizes. Most car buyers will be familiar with the CRV, Mazda CX series, RAV4, X-trail; and the smaller one offered by these car makers. All of them have several things in common, they use a unibody chassis and have higher ground clearances compared to regular cars. But, the major difference with cars is having a hatchback or wagon design that is akin to a sport utility vehicle.

Most car buyers will opt for this layout for the advantages it offers as a body design that has sedan an SUV in its DNA! Whoa there, before thinking this is the perfect design for use in the metro.

There are some little grey spots that should be considered before getting all excited about it! Going over these lesser-known considerations are important and will help decide if crossovers are what they are cracked up to be.

1. Crossovers are more expensive because of their hybridized design

The prices of crossovers vary from brand to brand and whether it is a small, compact, or mid-sized version. Most of the hype comes from the hybridized design that touts both car-like and SUV performance in just one option. One constant is the price which is more expensive than ordinary cars.

These cars are a jack of all trades that is good but crossovers fall short and have half-baked performance tendencies. Re-using a unibody shared with other production cars.

Other than similarities with an SUV and nothing else that makes it a crossover. It would be better if prices aren’t higher just because an MPV can be called a crossover that only has 2WD! So why the expensive price tag?

>>> Looking for an affordable crossover, refer to our crossover listing page with a variety of choices.

The use of CVT is relatively new with many car brands adopting it for their production cars. Many drivers complain of problems with CVT that isn’t the same with other gearboxes available. Older drivers would prefer to hear and feel the shifting gears which CVT doesn’t have. Many have noticed that it makes certain noise at certain RPMs, like a broken sound too. Dependability of the CVT gearbox isn’t like other drive trains which are better options in the long run! Some brands have even added artificial engine noise that can be programmed in the stereo.

3. Crossovers sold by some carmakers aren’t the real deal

Car buyers who aren’t familiar with car terms should be very confused with the term “crossover”. Marketing sub-compacts or compacts that is a hatchback with slightly higher ground clearance and are really MPVs, not crossovers. Advertisements or online marketing will call them “crossover” even though they aren’t.

This is a quicker way to get attention from car buyers who don’t know any better. An MPV can look like a crossover because they share the same unibody which is not always accurate. Filipino car buyers should know what crossover really means, which can be crazy confusing!

4. Prioritizing fuel efficiency overpower is not good when it comes to crossovers

Crossovers are vehicles that can handle more than city driving. It should have more than enough torque and horsepower to spare. The power plant of most crossovers is more fuel-efficient than anything else. Using 4WD and AWD will need significant power to use these gearboxes for optimum efficiency. Crossovers need capable gearboxes to deserve the designation. Crossovers are vehicles that can handle more than city driving

5. Not all crossovers have 4WD or AWD installed

This happens to most sub-compact MPVs that masquerade as crossovers which aren’t obvious to those who don’t know any better. For example, the Mazda CX series has AWD or 4WD as the gearbox with good enough torque and horsepower that makes them legit crossovers.

Some car brands call their line ups crossovers but don’t have 4WD or AWD but only 2WD, and it is sold on a premium. Some car brands who do this is Suzuki, Hyundai, and Kia which don’t even equip at least six airbags!

>>> Explanation for you: 4WD vs AWD: Getting a grip on the road.

6. A crossover is really limited even though advertised to be like junior SUV

Crossovers aren’t as multi-faceted as hybridized cars because of limitations. These are the specs and engine power with otherwise ordinary McPherson struts or just a torsion bar! Near off-road needs better multi-linked suspension, not a better multi-media system though.

SUVs are more rugged with their ladder-type chassis that’s tougher than a unibody. Overall, a crossover is far off-field and doesn’t even qualify as jr. SUV too. 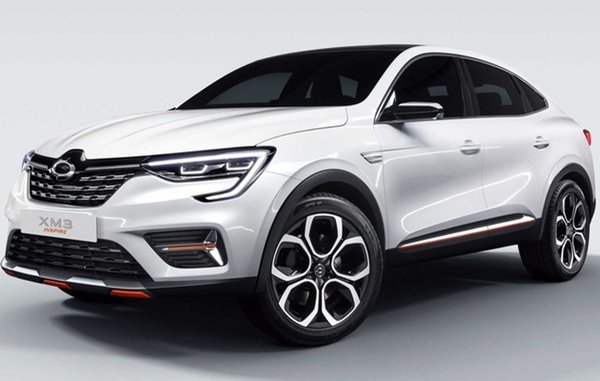 7. It’s a glorified and stylish faux-SUV, you’re better off with a true-blue SUV

Most crossovers are gorgeously styled and sleek with light-duty use only! There is a form with a limited substance that should be improved soon. The use Continuously Variable Transmission (CVT) gearbox will not suffice for heavy-duty use. SUV has drawbacks with a need for more solid performance.

8. Smaller crossovers are underpowered compared to compact or mid-sized options

Take the hint and don’t even consider sub-compact crossovers that are wee too bit expensive for an overdressed salad. Buying them because they are cheaper should be avoided because they are under-powered with less room too. It’s better to get an MPV at the price it is sold too. You’ll be paying more and won’t be a bang for your buck. >>> Read more: MPV or Crossover: Which one is perfect for Pinoys?

9. The term crossover is often confused with SUV, MPV

Car buyers don’t realize is that they are fish in a barrel when “crossover” is used for marketing the best of car and SUV that rolled into one! Using crossover, to market and hype otherwise humdinger sub-compacts as “crossover” will allow an adjustment because it can be a small SUV.

Most MPVs in the sub-compact and compact can pass as “crossover” for more “ka-ching”, even though it isn’t. reading between the lines and knowing the term is always the best. Should Filipino drivers go for this versatile automotive platform just because it has similarities to SUVs?

Should Filipino drivers go for this versatile automotive platform just because it has similarities to SUVs? It really depends and is a crossover worth the expense and the hype for Filipino car buyers because this platform is very versatile. Another is that it drives like a car with the high ground clearance of SUVs.

Anyone choosing a crossover platform has a halfway SUV and car without the high mileage that comes with it! Crossovers are the next thing when it comes to hybridized auto, as the minivan and then an MPV then let Philkotse.com point them out!