In our pervious article, Philkotse.com has compiled 4 least expensive crossover cars in the Philippines with the price tag ranging from P700,000 to less than P1,000,000. In this second part, we would like to discuss the 6 remaining names in the list.

Even though not as cheap as the other four, they are definitely worth of your consideration. The price range of P1,000,000 to P1,500,000 is still affordable to many Filipino car buyers and also reasonable for what these cars have to offer.

Although having a humble presence at 2017 Manila International Auto Show, the Chevy Trax absolutely deserves a slot in this list for what it has to offer in this facelift version.

The lack of sleekness of the 1st-gen Chevy Trax has completely improved in this refreshed model. No longer owning a chubby appearance, the new Trax now comes with more glossy style and sportier front fascia. Inside, the vehicle also gains a more premium look and feel thanks to improved seat materials and nice stitching running throughout the cabin.

As for the driving experience, what we appreciate the most is how the new Chevrolet Trax still keeps the agility and adequate power of the pre-facelift model. This crossover from the US carmaker also receives considerable fondness from Pinoy drivers.

The 3rd-gen Hyundai Tucson has been around on our market for 2 years and still known as one of the most popular cars in the Hyundai fleet. Having gone through 13 years, the baby SUV from Hyundai has shown a significant improvement, especially when we put the existing Tucson next to its 1st-gen counterpart. Let’s explore deeper into this vehicle through our full-scale Hyundai Tucson 2018 review.

In order to keep up with the changing taste of Pinoy car enthusiasts, Kia decided to remake the Sportage, which was originally a compact SUV, to be a crossover car. And the current increasingly competitive position of the Sportage on the local car market has proven that the Korean automaker did make a smart move. 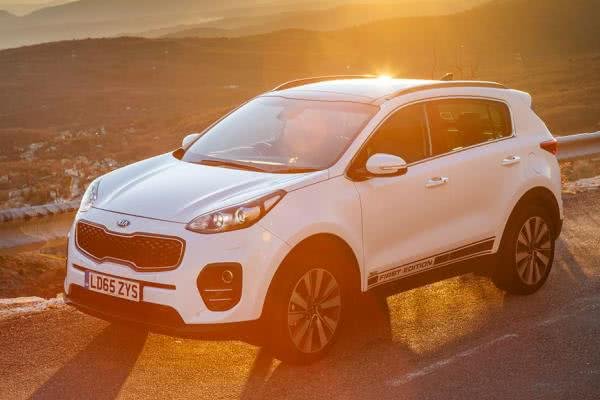 The Kia Sportage is smaller than its Sorento brother

Sharing a number of similarities with its brother Sorento, the Kia Sportage might be smaller yet still a bold vehicle in terms of design, flexibility and features. Click here to get more detailed review for this sporty crossover on Philkotse.com.

A couple months ago, Philippine market welcomed the arrival of the much-awaited 2nd-generation Subaru XV. With a handful of improvements including redesigned exterior, upgraded handling and performance which is made possible by a new platform, the next-gen XV deserves lasting impression from car lovers. In-depth review for this versatile crossover can be found here. 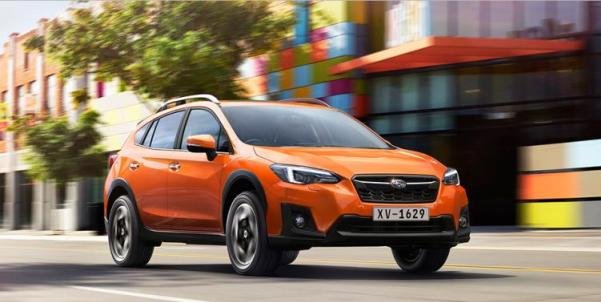 Most importantly, though coming equipped with significant updates, the all new XV still stay unchanged when it comes to price. Take a look at the table below for the latest Subaru XV 2018 price in the Philippines:

Nope, this is not a China-made vehicle. The Korando, a highlighted 5-seat crossover in SsangYong family, is short for “Korea Can Do”. It is interesting to know that there are actually a large number of people mistaking this Korean carmaker as a Chinese one.

The Korando is a perfectly capable AWD crossover

The range-topping Korando is a AWD crossover offered with diesel engine option and priced at P1,390,000 which is much cheaper than other rivals of the same segment with the same drive layout. Putting next to the Subaru XV, the SsangYong crossover is costlier but the former only comes with gasoline option.

While it might not have a traffic-stopping appearance, its capable performance and fuel economy have compensated the not-really-attractive look pretty well. Stepping inside, admittedly the Korando leaves a lot to be desire with hard plastics and lame wooden trim. However, at a price tag of under P1,400,000 for a capable AWD crossover, we shouldn’t ask for more, should we?

Last but not least, the Nissan X-Trail 2018 – one of our most favorite car facelifts in the Philippines this year. The most noticeable highlight of this refreshed X-Trail lies in its improved technologies. For the first time in our country, a Nissan vehicle is equipped with Nissan Intelligent Mobility technologies, including a 360-degree monitor, blind spot warning, rear cross traffic alert and forward collision warning. The facelift version of X-Trail is also offered with enhanced mobility thanks to the 4x4-I system. Regarding exterior design, the new X-Trail features a newly integrated panoramic roof, a fin-type antenna and a new set of 19-inch wheels. To have a better understanding of its overall performance and detailed spec, look through our Nissan X-Trail 2018 Review.

While there are many other capable competitors out there, we still believe these 10 crossover cars in the Philippines are worth your consideration at their price point. We hope this article can be some help to your car buying research. Don’t forget to visit Philkotse.com for more useful car buying tips.