User's: 0.9/5
Let’s look through our Kia Sportage 2017 Philippines review with detailed specs, latest price list and updates in terms of design and engineering to find out why this compact SUV is a flagship in the lineup of the Korean car marque.

1. Kia Sportage 2017 Philippines – Shape the success of Kia in the local auto market

Initially, the Kia Sportage was born as a compact SUV. As time goes by, the Korean automaker has added a handful of significant improvements to the small SUV. Having gone through 4 generations, now at its fourth-gen version, the Sportage has grown up to become a very competitive crossover on the local auto market.

Read our Kia Sportage 2017 Philippines review on Philkotse.com to have a better insight into what the Kia crossover has to offer. In this article, we will focus particularly on the EX AWD variant.

Before we start, let's take a look at our brief spec sheet for the Sportage EX AWD model as follows: For starter, it is easy to notice that while the edgy design is a highlight of the predecessor, the current-gen Sportage front fascia is added with more rounded touches. However, that doesn’t make the crossover any less sporty in looks. 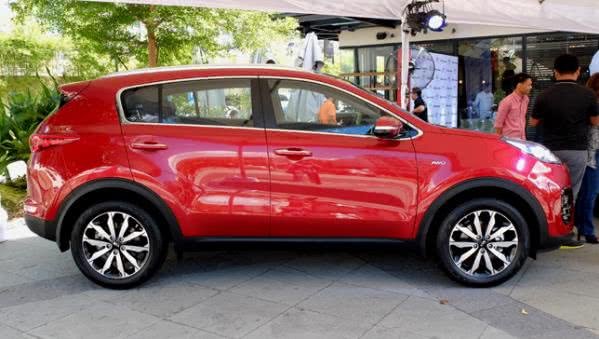 The latest Sportage is longer and taller than the previous model 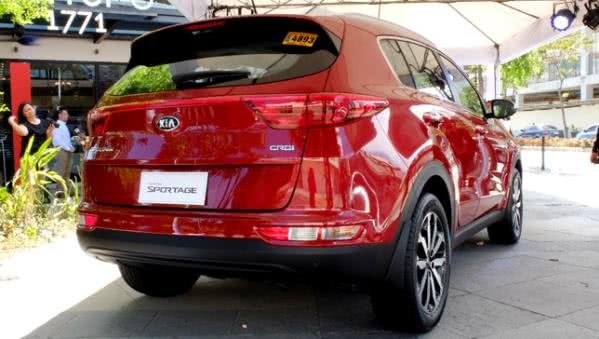 In contrast, as its name suggests, the 4th-gen Sportage still owns a bold and dynamic appearance thanks to the signature tiger-nose grille, higher headlamps, new sophisticatedly-designed fog lamps, sculpted hood and a new panoramic sunroof. Not to mention, a reflective red garnish at the rear connecting slim design taillights, a set of 18-inch alloy wheels, plus sleek lines nicely flowing from the front to the back also help form an outstanding-looking ride. 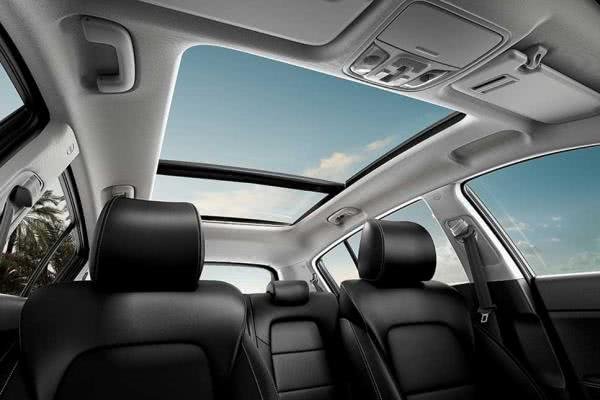 The new Sportage is differentiated by a new panoramic sunroof

Speaking of the overall dimension, the latest Kia Sportage model is longer and taller than the previous model. In detail, it measures 4,480mm long, 1,855mm wide, 1,645mm tall and a long wheelbase of 2,670mm. A minus point of the Kia Sportage lies in its ground clearance. However, it is still acceptable for a crossover. The Kia Sportage is not built as a true SUV after all. 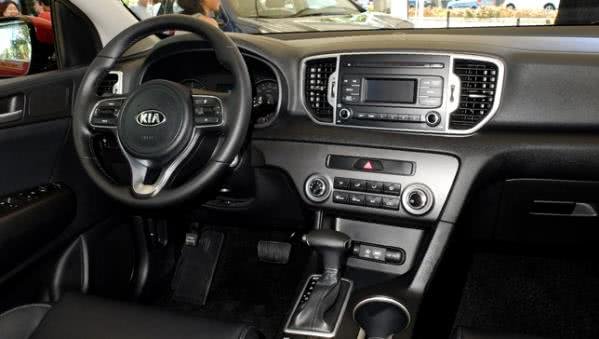 The logically-arranged and nicely-designed dashboard of the Kia Sportage

What we like the most about this car is the logically-arranged and nicely-designed dashboard. Entering the Kia Sportage, you will immediately feel a sense of premium thanks to the black interior highlighted by red accents throughout the cabin, from the leather to the stitching and the lighting. Furthermore, the center console as well as every control is arranged within easy reach, indicating how the manufacturer has appreciated driver-friendly experience. 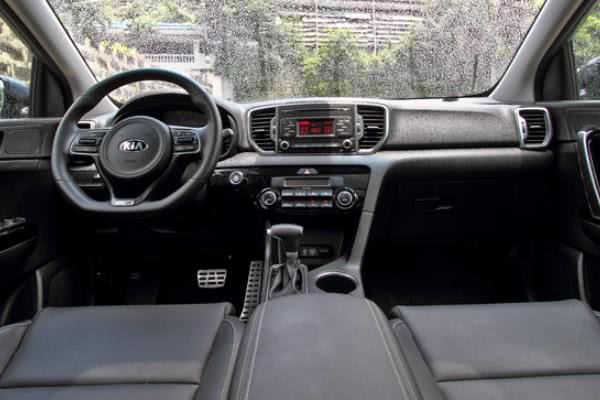 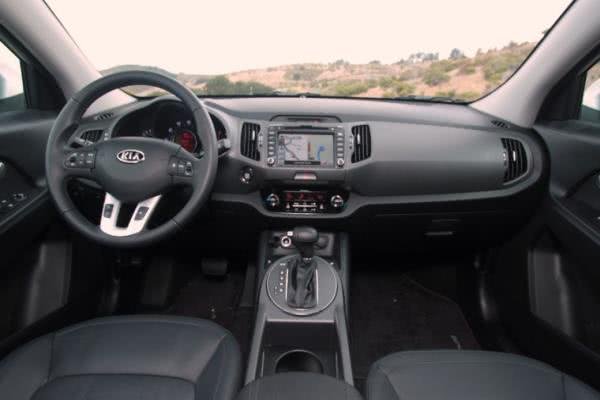 Seating capacity is greatly improved for the 4th-gen Sportage. Rear seats can house up to 3 adult passengers while still offer comfortable legroom to move around with ease. Cargo space also receives significant enhancements. By adding 38 liter to the cargo, Kia has increased the total cargo capacity of the Sportage to 503 liters. Folding flat the rear seats and more room will be released to accommodate bulky stuff such as suitcases and even bikes. Rear seats can house up to 3 adult passengers

Although not a top-spec model, the Kia Sportage EX AWD still comes loaded with nice and cool features including: 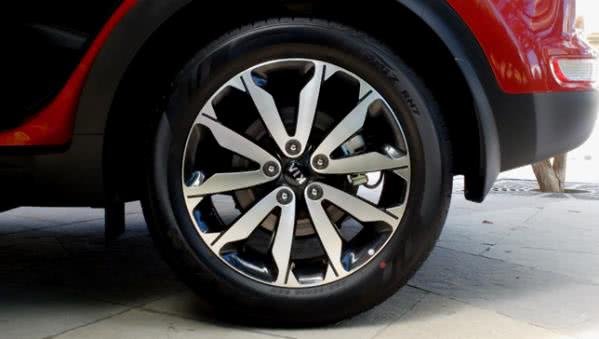 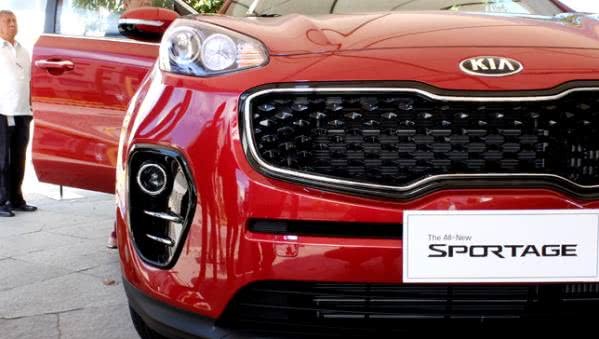 What is worth mentioning first is that this EX AWD variant is a diesel one. Must be good news to many, I guess?

Driven the Kia Sportage 2017 Philippines is a 2.0-liter DOHC diesel engine which is capable of craning out 182 hp and 402 Nm of torque, and married to a 6-speed automatic transmission and a four-wheel drive system. Kia Sportage is a reliable partner for city driving with an average of around 10.5 km/L. This is a decent fuel consumption provided the stop-and-go traffic of the big cities in our country. In comparison with its outgoing model, the current Sportage has been added with further enhancement in terms of suspension, absorbency, city maneuverability and noise reduction.

On the highways, the Kia crossover also proves itself to be a fuel efficient vehicle. Given the average speed of 70 km/h, the Sportage consumes 1 liter of fuel every 13.7 km. This figure can totally be improved if the Sportage is maneuvered by a more mindful driver. 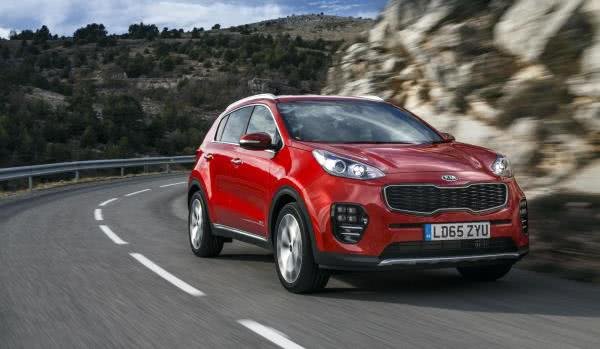 On the highways, the Kia crossover also proves itself to be a fuel efficient vehicle

With better balance, good-quality braking and decent 4-wheel drive system, the Kia Sportage can give you a peace of mind when driving on the highways, taking corners or encountering slippery roads. The tires, though, need to be reworked so as to create less noise and offer better hold.

What’s the deal with the Kia Sportage?

6. Kia Sportage 2017 price in the Philippines

With the drastic growth of crossover segment in the local auto market lately, it was a very intelligent move of Kia to remake the Sportage as a crossover car. Since it first launch to the Philippines, the vehicle still remains a highly competitive rival in its class. Known as a sibling of the Kia Sorento, the Kia Sportage might be made smaller in size yet completely bold and big regarding features, flexibility and design.

Let’s take a look at the table below for the latest price of the Kia Sportage:

>>> View full list of Kia Sportage for sale on Philkotse

ALTERNATIVE REVIEWS TO THE 2021 Kia Sportage