This may sound like a broken record but we will say it again anyway. Chinese cars have really come a long way in terms of design and overall build quality.

The stigma that we once had over China cars are a thing of the past and needs to be left behind. Chinese car brands are constantly stepping up their game when it comes to design detail, technology, and overall quality.

Among the brands that can prove this claim is Chery, a car company that has been tarnished with a negative impression due to its lackluster performance when it first entered the Philippine market. But, the brand’s second coming in the local market features a revamped model lineup that intends to redeem the Chery nameplate.

Say hello to the 2021 Chery Tiggo 7 Pro, the brand’s upcoming offering that would further make you change your perception about Chinese cars. To get a preview and a closer look at it, Chery Auto Philippines lend us the keys to the Tiggo 7 Pro.

The 2021 Tiggo 7 Pro is probably the best-looking vehicle in Chery PH’s vehicle lineup. For me, the exterior look of the Tiggo 7 Pro is better as compared to the Tiggo 8 Philkotse has reviewed before.

This upcoming Chery vehicle blends aggressive styling while exuding an aura of luxury. It comes with a bold demeanor that gives the vehicle a confident stance. The best asset of the Tiggo 7 Pro is its fascia. It simply is a stunner due to the unique grille design that creates a 3D-like appeal.

The grille is complemented by the sharp-looking LED headlights that allow the Tiggo 7 Pro to have a striking stare. Moreover, the large angular bumper gives the vehicle a muscular look while the shark-fin LED daytime running lights complete the overall look. Of note, this vehicle doesn’t come with fog lamps. Turning at the side, the 2021 Tiggo 7 Pro features three distinct character lines. The first one is a straight line that stretches from the car’s front up to the rear. The second can be seen above the rear fender, and the third is visible on the lower part of the doors.

The crisp character lines give the Tiggo 7 Pro a Euro car vibe, which adds to its overall well-thought design. You can also see black body claddings in the vehicle, a design detail that’s also seen in the Tiggo 8. In addition, the Tiggo 7 Pro is equipped with a roof rack made of aluminum alloy. However, the particular test unit that we drove didn’t come with power-folding mirrors. The rear, on the other hand, has a sleek design as seen on the Tiggo 7 Pro’s LED taillights. When viewed up close, the taillights come with black elements that match well to the overall look of this crossover.

The taillights are also connected by a bar that makes it look like one single piece. The sleekness of the rear gets a touch of sportiness through the tailgate-mounted spoiler. However, the dual exhaust pipes you see there are just for aesthetics only.

Overall, the exterior design of the 2021 Tiggo 7 Pro is notable, and it surely is the best-looking vehicle in Chery PH’s model lineup. The aggressive yet premium-looking design of the Tiggo 7 Pro could put up a serious challenge to its rivals in the crossover segment such as the Geely Azkarra. 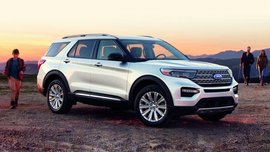 The interior of the 2021 Chery Tiggo 7 Pro comes with a premium vibe due to the design elements you usually see on luxury cars. It has a dark interior theme along with a red and glossy black accent. In addition, the Tiggo 7 Pro has leather seats. The dashboard and center console are seamlessly integrated creating a clean look. You’ll also appreciate that the Tiggo 7 Pro’s dashboard and door panels come with soft-touch materials instead of hard plastic. Placed at the center of the dash is the 10.25-inch infotainment touchscreen that comes with Apple CarPlay and Mirrorlink for Android. The panoramic sunroof adds to the Tiggo 7 Pro's premium cabin

The 2021 Chery Tiggo 7 Pro also comes with a steering wheel wrapped in leather. It has a good grip giving you a more comfortable driving experience. It is also integrated with a cruise control button as well as controls for the instrument cluster display, audio, and phone.

The said features are already expected since this kind of steering wheel design can be seen in almost all crossover vehicles in the market today. In case you’re wondering, the Tiggo 7 Pro’s steering wheel comes with tilt and telescopic adjustment. Other notable features that make the vehicle’s cabin have a premium vibe are the electronic gear shifter, electronic parking brake, and panoramic sunroof. Look at all that space

On the other hand, the rear seats offer generous leg- and head-room for up to three individuals standing 5’5”, and are relatively medium built. Yes, you can fit in up to three people in the second row but the one sitting in the middle could feel a bit cramped. To add, the Tiggo 7 Pro comes with rear aircon vents in the middle, behind the center glove box.

In terms of tech features, the Tiggo 7 Pro comes with Apple CarPlay and Mirrorlink for Android. Similar to the Tiggo 8, you can easily connect your smartphone to the screen via USB port. Apple CarPlay or Mirrorlink will be activated by simply plugging in your phone’s charger cable to the USB port.

Chery Auto Philippines said that the Tiggo 7 Pro is equipped with wireless mobile charging, but the said feature is not yet available in the test unit that we drove. Moreover, the vehicle comes with a 360-degree camera, a feature that will make your drives safer. Of note, this feature is still not yet included in the test unit that was shown to us. The 2021 Chery Tiggo 7 Pro is equipped with a 1.5-liter turbocharged gasoline engine that delivers 145 hp and 210 Nm of torque. The engine is mated to a continuously variable transmission (CVT). The 2021 Tiggo 7 Pro is equipped with a 1.5-liter turbocharged gasoline engine

The 2021 Tiggo 7 Pro engine delivers adequate power. It accelerates well and gives you enough power to tackle uphill roads or whenever you need to overtake a slower vehicle. The transmission is also smooth, and I find it better as compared to the six-speed dual-clutch gearbox found on the Tiggo 8.

The Tiggo 7 Pro can also absorb road impacts within reason, which allows you to have a comfortable drive. In addition, it comes with a light steering feel and responds well even to minimal inputs.

This is a nice feature since you can drive through tight city roads with ease. The currently Tiggo 7 Pro for sale also comes with two driving modes: Eco and Sport. As expected, the Eco mode gives you a tamed and relaxed drive. On the other hand, the Sport mode delivers a more exciting drive. Moreover, the Tiggo 7 Pro has enough tech and safety features that can compete with its segment rivals. As a whole, this car proves that Chery has stepped up its game. In addition, the 2021 Tiggo 7 Pro could further help give the redemption that Chery deserves to have in the Philippine automotive market.

Expand your knowledge of the latest automotive offerings at Philkotse.com.