[Philkotse pick] Best passenger vans in the Philippines for every ride

If you’re looking to get a van but don’t know where to start, then good news because we’re here to help. Keep reading to a list of the most dependable models of vans in the Philippines.

One of the most noticeable traits of Filipinos is their genuine love for their family members no matter the size. We may not notice it but we often take other family members into consideration whenever we make little decisions in life.

We usually not decide only for ourselves but also for the betterment of our beloved families. With that said, this even applies to the decision-making when we decide to buy a vehicle. 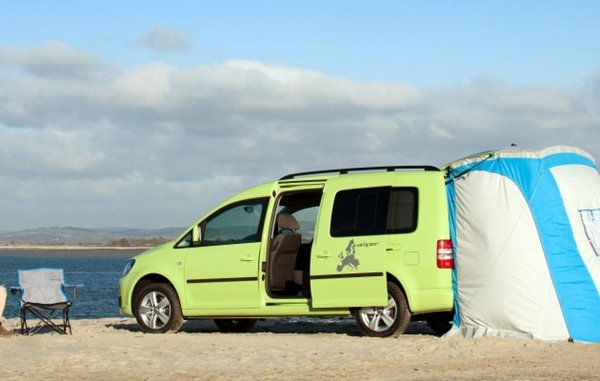 While if you want to keep the whole family together, the best choice for you will be a van

Coupes and sedans sound like a real treat but not unless you’re only willing to ride one or a few passengers, you better skip these types of rides.

While if you want to always keep the whole family together and then some, the best choice for you will be a van. Asides from being a dependable family carrier, these types of vehicles can also be used for commercial use for extra money.

If you’re looking to get a van but don’t know where to start, then good news because we’re here to help. Philkotse.com prepared a list of the most dependable models of vans in the Philippines. Take a good read and compare the ones you like until you find the one that best fits your needs!

You’ve probably seen this vehicle at least once in your life. In fact, you may even be put off by its odd refrigerator-box shape. However, if the exterior shape is your only problem, then you may be judging this vehicle a little too much. It turns out, there is actually ample head and legroom for all the passengers.

Whether you go for its early diesel-powered model or the latest model with a 3.0-liter engine, you won’t go wrong with betting your money on this passenger carrier. Toyota Hiace has been one of the top choices of Filipinos when it comes to vans ever since 2016. >>> Read more: List of the most popular minibus in the Philippines

The Kia Carnival for sale was once known as the Kia Sedona and was patronized for its standard features and affordable cost. It was and remains as one of the Filipino favorites when it comes to people carriers.

Another feature that makes this van so attractive to the buyers is its more contemporary design. Because rather than being rigid and box-looking, the Kia Grand Carnival is actually a bit more rounded at the edges and actually looks like an entourage than a classic passenger van. The Kia Carnival model was once known as the Kia Sedona

If you’re concerned as to its transmission, you’re bound to find both manual and automatic variants in the new and used car dealerships close to you. There are even gasoline and diesel variants that you can choose from.

If ever you encounter a problem with this unit, acquiring parts is also easy to do. There are numerous imported Kia Grand Carnival units in the country so we’re sure you’ll find any replacement part easily.

An important tip that you may want to keep in mind if you want the Kia Grand Carnival, is to stay away from the ones with automatic transmission. There have been numerous reports as to these units being prone to repairs and breaking down.

If you’re not very familiar with the Alphard series, we’ll be straight and tell you that it’s a line of luxury vans. If you’ve actually seen one, you’d know what we mean but if you think the outside is already dashing then you better be prepared for the interior.

Inside the Toyota Alphard, you can find leather captain seats with matching footrest and ottoman. It also has a dual sunroof, mood lighting, reclining seats, and even a DVD system. Even though the Alphard is known as one of the most expensive van units available in the Philippine market, it still continues to capture the hearts of Filipino van-seekers. So if you’re trying to save on money and would like to opt for a 2nd hand unit instead, our advice is to take a closer look at the interior to check out the state of the amenities.

This passenger van from Honda is their first vehicle with a third-row seat that’s actually available in our local market. However, it was only available for a short while sometime in the 1990s. When it came back in the year 2012, it put up a compelling competition against the Alphard and the Town and Country.

What makes this van amazing is that the Honda Odyssey can accommodate up to eight people which not only makes it great for families but also for fetching passengers.

It is built with a sunroof and a flat-folding third-row seat for extra luggage space and convenience. It also has sliding doors and a tailgate that can be closed with the push of a button. This makes it an even more suitable passenger van. 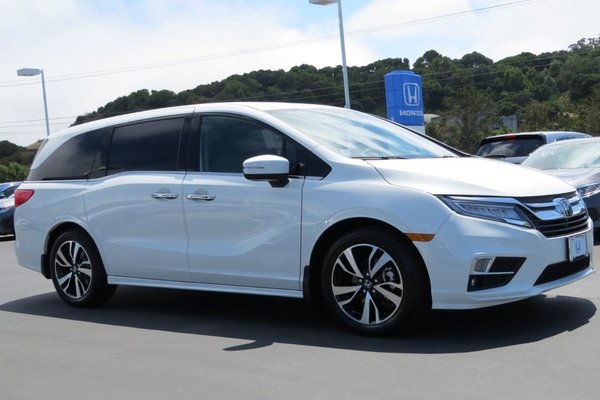 The only problem is that if you’re thinking of buying a used Honda Odyssey, you may not be able to find a lot of them in the market. Another turn-off is that if you’re after diesel units, you might as well stop your search now.

We described this earlier as the Toyota Alphard’s competition, although it does challenge the capabilities of the Honda Odyssey as well. This passenger van has two variants that possess different power amenities. They also possess the brand’s iconic Stow ‘N Go tech that lets you fold the seats all the way to the floor. One of the strengths of this unit is its affordable price which is a big deal for Filipinos. Chrysler Town and Country also has a nifty interior so you can expect that the passengers will be comfortably seated even if it’s a long drive.

Asides from the interior comfort, you’ll also be glad to know that there is a “minimal bouncing” effect due to the vehicles intelligent stability design.

Now that we’ve pleased you with all the positive things you would want to know about this vehicle, here are its weaknesses. Due to its size and power, it consumes quite an amount of fuel, there are also reports as to this vehicle breaking down a lot when it gets older.