Kia Carnival 2018 Philippines Review: Challenge every day for you & your family

Check out the latest price, interior, exterior, performance, specs and pros & cons of the Kia Carnival 2018 Philippines in our comprehensive review.

1. Kia Carnival 2018 Philippines Review: Challenge every day for you and your family

The Kia Grand Carnival has undergone nearly two decades and it is now running the third generation. In fact, the MPV has brought the Korean car manufacturer much fame and has cemented its place as a family-oriented brand, especially in the US where it is also dubbed “Sedona.” In the Philippines, the Carnival is also a hot-seller. In this Kia Carnival 2018 Philippines review, let’s Philkotse.com help you find out the reasons why we've also seen a growing number of them roaming the streets.

In the Philippines, the Grand Carnival used to be offered in two spate versions with short (2,890 mm) and longer wheelbase (3,020 mm) for the second-gen model. For the third-gen of 2018 Kia Grand Carnival exterior, a 3,060 mm wheelbase is the only wheelbase variation. Classified as an MPV, but the Carnival measures more than 5 meters in length. However, it’s still a bit shorter than the older long-wheelbase model.

For the third-gen, a 3,060 mm wheelbase is the only wheelbase variation

Some say that the Carnival is “handsome”. To be honest, we rarely hear this word in this category of vehicle. To create such a handsome guy, Peter Schreyer – former Audi and VW designer, put in a great deal of effort into the work of reevaluating the car’s design when he joined Kia in 2006. Some say that the 2018 Grand Carnival is “handsome”

Interestingly, its front fascia is actually reminiscent of an SUV. Given that the Carnival shares components with the Kia Sorento, this is not surprising. Outstanding in this façade is a tiger-nose grille which quite resembles that of the Chrysler 300C. Flanking that grille are complicated headlights sweeping around to the fenders. 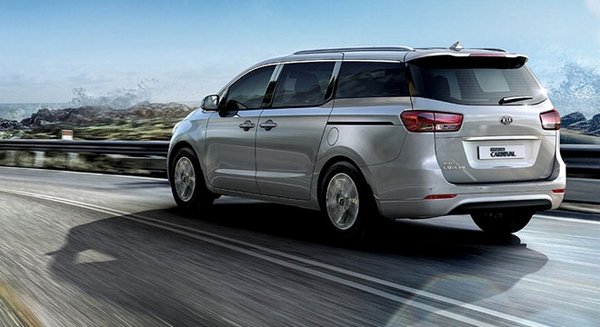 The way the belt- and rooflines running from the front grille to the rear is extremely impressive. Kia manufacturer even makes the car’s greenhouse more attractive by blacking out all the posts after A-pillars and adding a kink past the C-ones to shape a floating roof. Right from the start, it’s been odd to say a minivan’s design handsome or interesting

Right from the start, it’s been strange to say a minivan’s design handsome or interesting. However, it’s true and we recognize the good amount of time and effort the brand spent on their car.

The 2018 Kia Carnival interior shows us the same story as the outside: impressive and interesting as well.

You may feel there are too many of things on the dash, but it’s straightforward. Everything here is well-positioned, clearly visible and easy to reach. More than that, when referring to build consistency, the interior panels and controls prove themselves worth your money by letting us feel the quality. 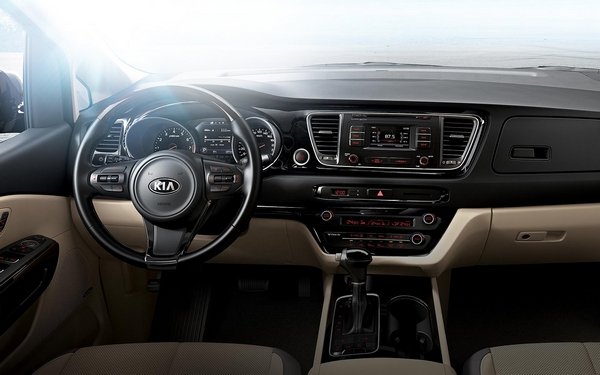 You may feel there are too many of things on the dash, but it’s straightforward

Sitting in the driver’s seat, a commanding view of the road ahead is provided. This is very useful when driving this giant around town with lots of corners and curbs. 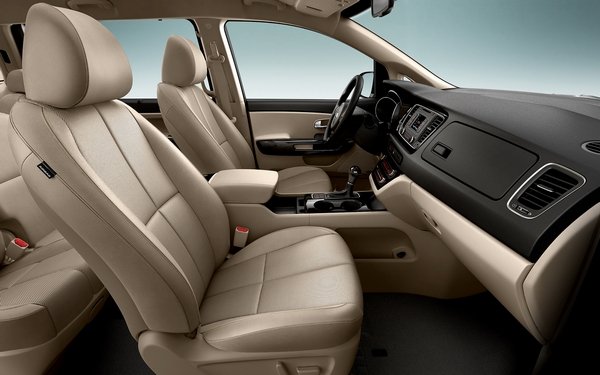 The Carnival is offered in 7- and 11-seat variants in the country; and both of them feature an airy cabin. A roomy compartment recessed into the floor at the back is also a great cave to put your luggage. To get maximum trunk space, the third-row seats can be stuck in there and create a fully flat surface for larger stuff, washing machines for example.

Generally, this configuration seems to intend to take on the role of executive transport since the conventional bench-type seat in the middle row has been replaced by two captain’s ones which can well fit kids’ size. The only thing we do not like in this Grand Carnival is that the cabin appears to belong to a limousine rather than a vehicle for the family. Decidedly, distinct from other Kia cars currently on sale, this automotive manufacturer could have done more to give the cockpit a premium look, like a different leather paint job.

In spite of being a gigantic, the Grand Carnival performance on the road will surely get you surprised. Torques generated from the engine is enough to keep it moving with a remarkably gracious sense of ease. As well as that, cruising manner and acceleration are likewise smooth. 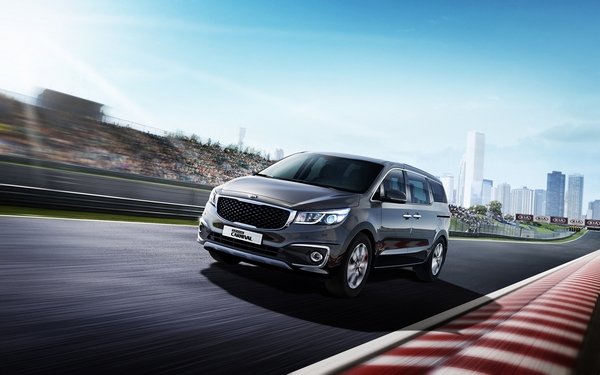 In spite of being a gigantic, the Grand Carnival performance on the road will surely get you surprised

The Carnival runs around the city admirably. Thanks to a fine suspension system, roads debris and stuff are nicely rested away the car. Noise isolation is also worth of note. It’s even hard to hear wind noise when you’re at 100 km/h.

Also due to the suspension that perfectly manages the weight, the Carnival shows of its decent handling. Nevertheless, it’s not airy to drive at higher speed around bends. Do not push it too hard unless you want to see the stability control indicator blink on the dash.

We could not deny that the Kia Grand Carnival is good in both amenities and driving manners. Sadly, we must say that it is a fuel guzzler.

>>> Related: Browse our list of Kia Grand Carnival for sale on Philkotse

In conclusion, exuding with class, technological convenience, and versatility, the Kia Grand Carnival 2018 is definitely a great MPV that has leveled up its status in the local segment. If two million pesos is not your problem, the Carnival is the right choice that will make each day a real “carnival” as its name tells us. 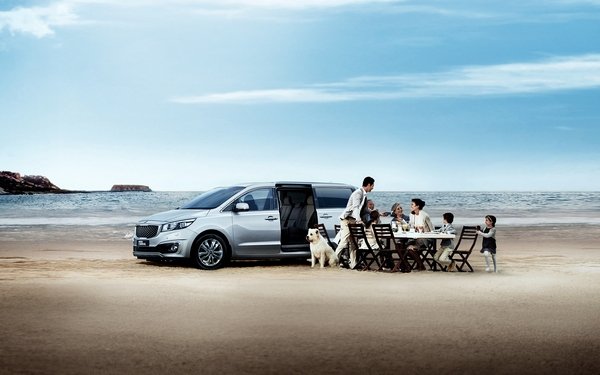 Lastly, hope that our Kia Carnival 2018 Philippines review has given you a detailed insight into this vehicle. And if you are looking for cars for sale in the Philippines, please click here.