Since the first time it was sold in the Philippines, now the Toyota Hi-Ace 2019 is that box on wheels that Filipino car owners bought!

Are you curious about it? There’s quite a bit done on the newest and updated version too which includes a radical redesign the boxy style. Plus, other bits and changes that are more than cosmetic changes.

Since the first time it was sold in the Philippines, the Toyota Hi-Ace was that box on wheels that Filipino car owners bought! This wasn’t the car of the masses but the roundabout of the well-to-do.

Later on, the Hi-Ace became the chariot of the proletariat or plebs when it became the FX of today’s public transport. Let's go around with Philkotse.com and find out more about this special van.

But, that is about to change with the 2019 Toyota Hi-Ace Grandia Commuter, Grandia, and Tourer that’s coming in with a lot of interest from former owners of the premium Grandia.

Describing this van from many experienced owners is one word that is comfortable and roomy! Other Similar car makers have their versions of the boxy van. Even the older Grandia is still a step up from the captain seats and the touchscreen, and self-locking doors too. Now the newer one doesn’t have the captain seat yet, but still a notch over current competitors. If others redesigned cosmetically though the new Hi-Ace went on to remake and re-forge the everything from top to bottom.

There are some points to go over that should impress and show why the new Toyota Hi-Ace Philippines is the one to get. Notwithstanding it costs more, but this is non-boxy van is loaded. Even if other similar options come at a lower price, this is still the best for the price, features, and passenger capacity.

With all these going for it, some older box type versions sold as upgraded versions. Let’s move on to the 10 features that should interest buyers in getting it.

1. Higher specs are forthcoming for the 2019 Hi-Ace

One of the biggest question with the release of the new Hi-Ace which is a Super Grandia version, like the older version is coming soon! Is it still sold by Toyota in the showrooms?

Just like other Toyota Hi-Ace currently available for sale which had quite a number of cup and bottle holders for passenger’s convenience. A total of 24 of them are standard for the Grandia version which helpful for long trips. Having more is better than less especially for passengers especially. 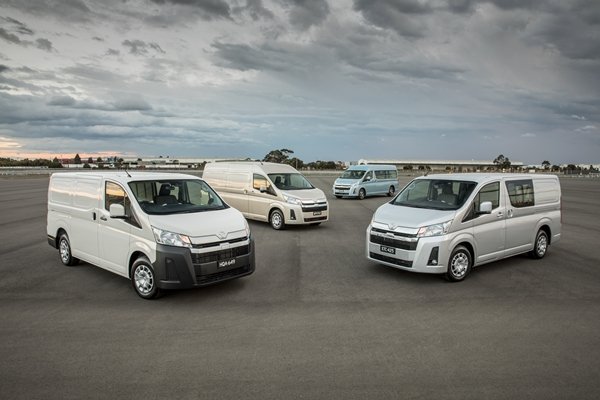 3. Finally, electronic stability control and cruise control is available in the new Hi-Ace

One of the misgivings for the older model is the lack of electronic stability control and cruise control for a premium van! The addition of these features makes it a premium van that will be a notch over the competition. Many would say it is a game-changer, but it isn’t because Toyota is best at improving each generation of its line ups.

4. Safety features include dual airbags, ABS, and commuter deluxe has the third airbag

When it comes to standard safety features than older version does have standard ABS and dual airbags which are better to its category-mates. The 2019 Hi-Ace builds upon that fact and even has a third middle airbag equipped in specific models. Forward-thinking by Toyota makes this a superior van to buy. Forward-thinking by Toyota makes this a superior van to buy

One of the best options is having a 12, 14, and 15-seater based on the commuter, Grandia, and tourer. In the Philippines where families can be large or extended in which either of these models is appropriate. The commuter gets 15, while the GL Grandia Tourer has 14 but the Grandia gets 12 seats for more seating.

6. Comes in a six-speed manual and an automatic gearbox

7. Optional levels of engine performance based on a 2.8-liter turbodiesel 1GD-FTV

Standardizing engines is now a thing with the Toyota Hiace Commuter Deluxe to GL Grandia Tourer with those used for the Innova, Hilux, and Fortuner. Significantly this much more than the 2.4-liter used for other brands. All the model has a PS of 176 and torque from 420 to 450 which higher than other vans available. 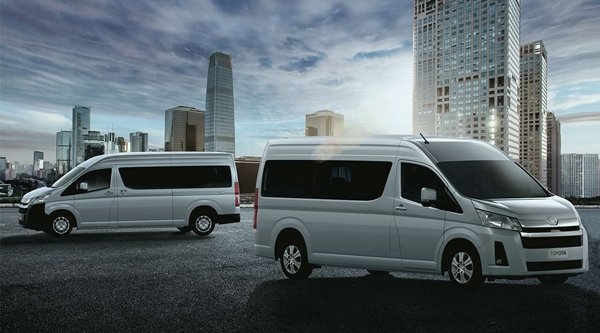 8. Size is bumped up and sizable compared to the older model

If the older Hi-Ace the new one replaced was wide and long. All the new variants have gotten bigger with an extended nose, with a wider body as well. This makes its better are passenger van when alongside smaller options.

>>> Check out to find the nearest Toyota dealerships in your area!

9. Choose from three variants available for the 2019 Hi-Ace

There isn’t a lack of options with the Grandia Commuter, Grandia, and Tourer as models to choose from. Each comes with degrees of equipage that car buyers could prioritize, along with the cost of the unit too. 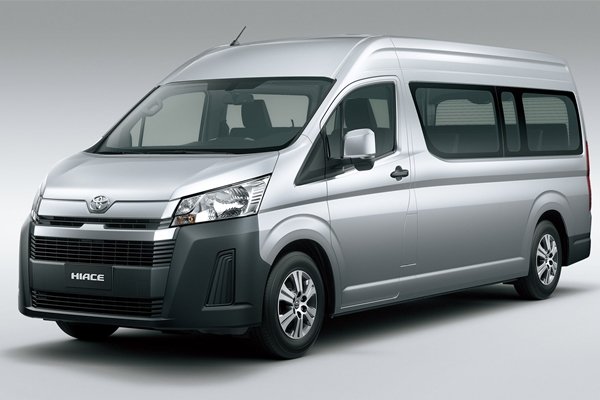 There isn’t a lack of options with the Grandia Commuter, Grandia, and Tourer as models to choose from

10.  The engine is now upfront, not under the driver’s seat

Under the hot seat used to apply to the older boxy van Hi-Ace which was apt! With the engine moved to the front that freed more space and the driver can worry about heat under his bum no more. It optimizes safety as well for those in front.

Filipino car buyers have always considered the Hi-Ace, their go-to van and are the best. The 2019 Toyota Hi-Ace Grandia Commuter, Grandia, and Tourer continue that tradition and the boxy type will be missed too. Progress is progress, and this bestseller from Toyota has to move with the times.

Comparatively, those who have owned Hi-Aces have always bought the newest version, especially the premium version though the budget version is just as good too. Overall, the new Hi-Ace is setting the bar for others to follow. Toyota Philippines has hit a good level by leveling up the Hi-Ace by leaving the boxy form to other brands to fill up!

<p>The Toyota HiAce comes with a robust look. It still holds the title as one of the Filipino&rsquo;s most trusted vans. In February 2019, the Japanese manufacturer introduced the sixth-generation update of the Toyota Hiace. The model received massive changes on both its interior and exterior. The current generation features a nose that serves as the dedicated engine room. It provides more cabin space and flat fascia that&rsquo;s lacking from the former under-the-driver engine design. In terms of designs, horizontal slats are present in the huge grille that accentuated the massive headlamps. Toyota Motor Philippines offers the Toyota HiAce in three variants: the 15-seater Commuter Deluxe, 12-seater GL Grandia, and 14-seater GL Grandia Tourer. The HiAce has a different interior configuration depending on the variant. The common feature in all three trims is the shift stick mounted at the dashboard. A touchscreen display is available in the GL Grandia variants. A 2.3L 1GD diesel engine lies under the hood of the Toyota HiAce &ndash; similar to that of the Toyota Fortuner. It has varying power outputs that depend on the trim-level. The Commuter Deluxe produces 176 horsepower and 420 Newton-meter of torque. The GL Grandia creates 176 horsepower and 450 Newton-meter of torque. The power output of the GL Grandia Tourer is 163 hp and 420 Nm of torque.</p>