Choosing family cars in the Philippines: Minivan or SUV?

We all know that both minivan and SUV are great options for family cars in the Philippines. But, which will you go for?

1. Family cars in the Philippines: How to differentiate between minivans & SUVs?

1.1. Similarities between a minivan and a SUV

Choosing the right family car is important for many reasons and family cars, especially for big ones, need more thought when buying them. For instance; driving in the city or out of will need the one which is better for families, a minivan or SUV that is one of the best options to get.

These vehicles are like cousins under the skin, but with different body types. First off; they are both a “Unibody” which means the entire car is one piece, not like other vehicles. Unibody frames have a bigger cabin and implement better safety protocols to protect those inside the minivan or SUV!

Both are better at carrying more passengers and cargo than other vehicles, short of comparing it to a big van but more comfortable too. Passenger comfort and more cargo, because they are collapsed or folded to customize the passenger section and cargo bay. 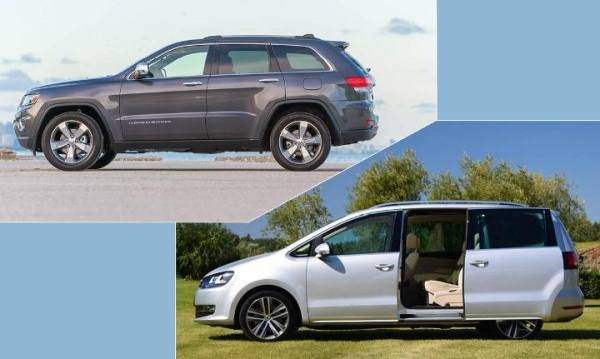 These vehicles are like cousins under the skin, but with different body types

Safety is a concern with these vehicles and more safety features, like active and passive systems in Minivans and SUVs that is better than on most cars. Their bigger sizes are suited for traveling and keeping pace in a slow drive or fast drive anywhere, most of them have mid-sized engines that provide enough power when needed too.

One of their finer characteristics is having a fine tuned suspension for city driving or the occasional roads, which makes minced meat of most entry level cars. Most minivans or SUVs have AWD or other specialized wheel drives, which is not available on other cars.

1.2. Differences between a minivan and a SUV

Despite all the similarities, a minivan or SUV have some clear differences that separate them altogether.

One distinct feature is that SUVs have higher clearance than minivans, because their 4WD or AWD will only work with higher under carriage clearance for managing most terrain.

Minivans are meant for city driving but introduction of AWD and increased under carriage clearance, like a cross between a minivan and a squat SUV hybrid are becoming common.

2. Family cars in the Philippines: Minivan & SUV - Which performs better in our road conditions?

How do they handle our road conditions, which is better for families, a minivan or SUV as the better option? Specialized people carriers have peculiarities that affect good performance subjectively.

Is an SUV the top-notch option for our peculiar driving conditions and handles it best? One of the more difficult problems is bad road conditions, daily repairs that make streets uneven and with potholes! The high-clearance of SUVs is good at taking the lumps and bumps of every street, and the suspension outperforms those of other vehicles. Lower vehicles without high-performance suspension will have a bumpy ride and their suspension will need more maintenance too! The power-trains of SUVs have extra torque and power output, for climbing Baguio and other similar routes, with enough power to spare too.

Ford SUV Experience with Off-Road in the Philippines

The minivan with its fine-tuned suspension that can handle many lumps, but the low clearance isn't better than an SUV. Getting stuck in traffic is no issue with a minivan, because of its excellent motel-like accommodations! Pointing out the premium infotainment consoles in high-end minivans, with lots of room to kick about is what makes a good family vehicle. The mid-sized engine is fuel efficient compared to a same sized SUV that consumes a bit more gas or diesel! A large roomy vehicle is always a better option, with premium suspension to can handle everyday lumps and bump is a boon for family driving!

Both the minivan and SUV are almost the same, but the higher clearance will do better in flooded streets. Normal day to day driving will not have flooding, because it’s seasonal and floods don't always happen.

3. What buying points for Minivans and SUVs as family cars for Filipino buyers?

All these relevant information will now focus on what buying points that should be considered which is better for families, a Minivan or SUV. It makes it easier to choose the best family option better and get more value too.

The minivan and SUV are prime choices for small or big families, but they cost more than a compact car or sedan because they are specialized vehicles. Usually, they offer many options to buyers and are good buys, but the cost might be an issue. You get what you pay for and these premium options, which are the best over lower-end options. Lower end cars are smaller and come with fewer features, but minivans and SUVs have the whole enchilada.

They carry more people and cargo but will spend more fuel with the extra weight. So, fuel efficiency is very important in an SUV or minivan, with mid-engine specs that are less fuel efficient than compacts or sub-compacts. Between them, an SUV does gulp down more fuel compared to minivans.

Most SUVs and minivans are like prime real estate with riding comfort and premium features. They are much better to drive than compacts or sedans. Fine-tuned suspension that reduces bumps and minimizes cabin noise too!

Premium extras like infotainment system, Bluetooth connectivity and even auto Wi-Fi is becoming popular for most car buyers who want more for their purchase. These new auto systems occupy those inside during traffic and keep the kids from becoming rowdy as well. These fancy features are equipped with the best models offered, though some lower end models may have these amenities.

Optimizing any choice for the family car is very important, and these features are prime considerations to opt for.

4. What is better for family use?

Narrowing down the essential factors for choosing which is better for families, a minivan or SUV are these focus points!

These factors will maximize any choice for a family car with everything needed for going anywhere.

Both of these options have good and bad points; that helps to know which is better for families, a minivan or SUV. Their features are primed for passenger comfort but have differences that make it a better alternative.

Based on the information, the better option should be the SUV with more power and mobility but it’s hampered by bad fuel economy too. The high clearance is good with a flood, but it not flooding year round. It’s a close one; but the minivan is a better people carrier because it guzzles less gas, and usually has a cargo bay too, to have more space. Not; as mobile as an SUV but living in cities, not the boondocks won't need 4WD. And if you are on the market for an affordable minivan, take a look at some used ones we have for sale, like these Suzuki APV 2016 for example. 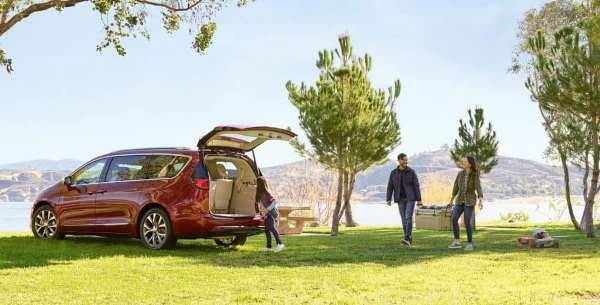 The Minivan is the better family option based on the information, and getting on isn’t hard with the low enough clearance too. Both are balanced in interior amenities though but the minivan is still a better choice. Do you agree with this? If not then different priorities in family cars will always differ.