Mitsubishi Mirage: Which hue is best for you?

You get to choose between two colors only.

The Mitsubishi Mirage is regarded as one of the most ideal economy cars in the country due to its impressive fuel efficiency. It is also positioned as the brand's entry-level vehicle, which can influence how people will look at the car. Recently, Mitsubishi Motor Philippines Corporation (MMPC) decided to switch things up a bit by integrating its hatchback entry with sportier design cues. This way, the Mitsubishi Mirage won’t look compromised when seen cruising down roads. Part of the change is narrowing the paint options down to just two, namely the Titanium Gray Metallic and Red Metallic. Both Mirage colors go well with the design updates made on the model.

With that being said, let’s determine which of the two Mitsubishi Mirage colors better suits you. Take note, the following images may vary from the actual model. As such, use them as references only so you can decide which color you get before visiting a Mitsubishi dealership.

The latest iteration of the PH-spec Mitsubishi Mirage is revamped to look sportier. It now comes with a tailgate spoiler, new 15-inch black alloy wheels as standard, black painted door mirrors, and a B-pillar black sash. All of these complement the Titanium Gray Metallic if you fancy a dark-themed color scheme.

In comparison to the Mirage color in Red Metallic, the Titanium Gray Metallic is your sole option for a dark finish. The color is just enough for it not to disrupt the new blacked-out trims of the hatchback, apart from making the chrome trim found on the grille stand out even more. 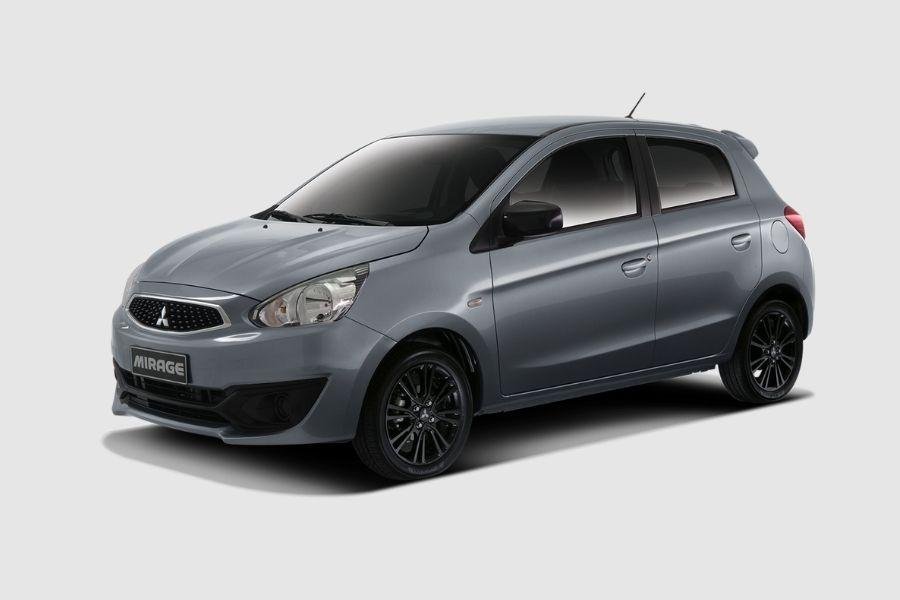 The Titanium Gray Metallic can also hide scratches better than the Red Metallic. With this, your hatchback will look neater, saving you some time and money from cleaning your vehicle. This color doesn’t come with an additional cost including the other option which should help you pick the paint you truly want.

Perhaps the only disadvantage of getting the gray Mirage color is the lack of exclusivity on the road. It is one of the most common colors of cars these days along with black, white, and silver. But if you are the type that doesn’t care about exclusivity, then the color isn’t a bad choice at all. Besides, you can add modifications to your hatchback to make it more distinct from the rest.

As for the second Mitsubishi color, the Red Metallic, it should go well with the natural sporty appearance of the Japanese hatchback. It contrasts with the blacked-out trims of the vehicle flawlessly which are found in the pillars, side mirrors, and wheels.

Red car color is also one of the most common car colors. But for a vehicle such as the Mirage, this paint color could be your ticket to looking less like an economy car. With a few modifications, your vehicle could provide a hot hatch-like appearance that looks ready for some track action. 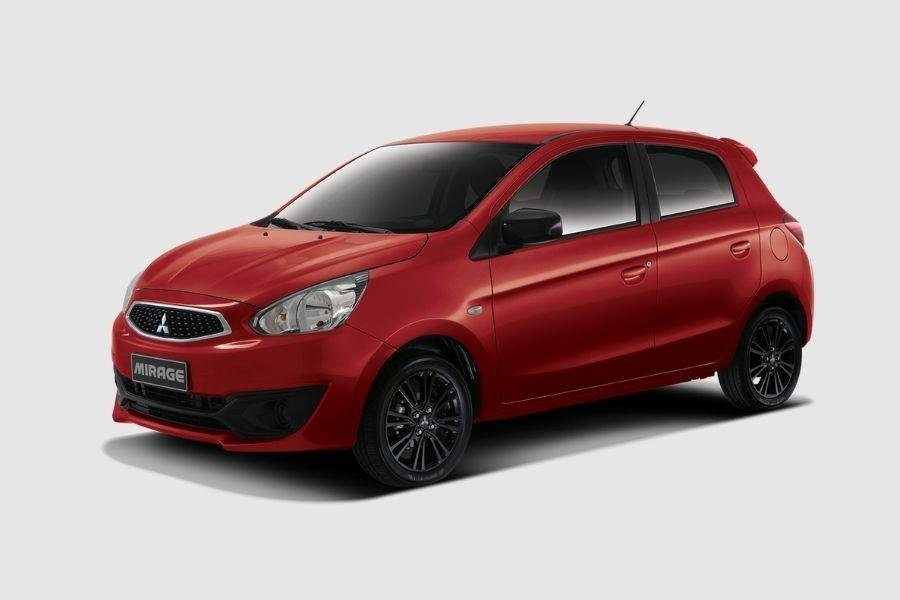 The Red Metallic Mitsubishi Mirage color might exude a sporty appearance, but it won’t translate to better performance as the hatchback leans towards efficiency. Under the hood, the model is powered by a 1.2-liter inline-3 MIVEC gasoline engine as standard, delivering 76 horsepower and 100 Nm of torque.

To note, red paint is more expensive than more common colors like gray. That said, if you want to keep the sporty-looking visuals of this Mirage color, then you might want to take extra care on the road to avoid dents or scratches.

The Mitsubishi Mirage Ralliart Edition isn’t available in the local market just yet. But considering that it is intended for the ASEAN region, then it’s not unlikely for MMPC to add the Ralliart Edition to the local lineup. If this trim makes its way into the country, then Filipino car buyers will get an additional color with the Whited Diamond, along with Ralliart accessories. Locally, the Mitsubishi Mirage is still in its pre-facelift form, while its subcompact sedan sibling, the Mirage G4, was already updated last year. With that being said, it seems like we have to wait for the facelifted Mirage hatchback to arrive first before the Ralliart Edition is made available in the local market.

Mitsubishi Motors Philippines is fielding the Mirage in the subcompact hatchback category. From the original lineup of four variants across two trim levels, the Mirage currently has a single GLX trim, available with either a 5-speed manual gearbox or a continuously variable transmission. Both route power to the front wheels from a 1.2-liter 3A92 3-cylinder gasoline engine with MIVEC technology.

The Mirage measures 3,795mm long, 1,665mm wide, and 1,500mm high, on a wheelbase of 2,450mm. Mitsubishi Mirage prices in the Philippines range between Php 704,000 and Php 765,00. Customers can avail of the GLX manual variant for as low as Php 8,485 with a 50-percent downpayment and 60-month loan contract. Among the Mirage’s competitors are the Toyota Wigo, Honda Brio, Suzuki Swift, Suzuki Celerio, Kia Picanto, and the Chevrolet Spark.