Mitsubishi Xpander Color: Which hue is best for you?

When buying a brand new car in your chosen dealership, picking the body color of your dream vehicle should not be taken for granted. Particular body paint can change that we see a car certain car. For those who see life in somewhat an artistic fashion, a car’s paint can even invoke emotions and various sentiments. If you are currently considering buying a new Mitsubishi Xpander, but couldn’t come to a conclusion as to which color option should you choose, then you have come to the right place. Mitsubishi Motor Philippines Corporation (MMPC) offers the Xpander with six color options.

As such, choosing its body paint should be relatively easy. With that being said, we have listed down all of the available paint options offered on the 7-seater MPV depending on each variant. We have also included the price of the paint (if any) so you can budget ahead of time before visiting your nearest Mitsubishi dealership.

Both the base Mitsubishi GLX MT and Plus AT are offered with the same paint options, namely the Jet Black Mica, Graphite Gray Metallic, and Sterling Silver. The good thing about these two baseline variants is that you won’t have to worry about any additional or hidden costs as the three said body paint is free of charge.

There’s not much difference between the exterior features of the two variants except for the inclusion of fog lamps in the Mitsubishi Xpander Plus and the wheel options. The Xpander GLX gets 15-inch alloy wheels, while the Plus AT variant is equipped with slightly larger sleeker-looking 16-inch two-tone alloy wheels. With these features in mind, the Mitsubishi Xpander GLX might be better off with the Sterling Silver Metallic paint job. This body color will complement the baseline variant’s 15-inch alloy wheels, while at the same time help accent the blacked-out faux plate, B and C pillars at the sides, and grille that houses the plate number.

This is the same case for the variant one step higher than the entry-level variant, the Mitsubishi Xpander Plus AT. However, the Plus AT variant gets two-tone alloy wheels that come with black trims. That being said, the Xpander Jet Black Mica could potentially be a good choice especially for those who love the black paint finish. If you think that the two said body colors look too bright or too dark, then you can opt for the Graphite Gray Metallic. This paint finish is lighter than the Jet Black Mica, as well as darker than the Sterling Silver Metallic paint. It will help highlight both the chrome and black trims that are integrated around the 7-seater MPV.

The Mitsubishi Xpander GLX and Plus AT variants are both available in a black interior layout only so you might want to take this into consideration. It will now depend on your preference whether a black interior goes better with a light paint catered by the Sterling Silver Metallic, or a dark paint which can be provided by the Jet Black Mica.

If you want your Mitsubishi Xpander to look brighter than the said body colors above, then you might want to consider the Xpander GLS AT variant. This variant is available in four paint options including Quartz White Pearl, Red Metallic, Graphite Gray Metallic, and Sterling Silver Metallic, two new body colors while excluding the Jet Black Mica.

The Mitsubishi Xpander GLS can be finished with a Red Metallic to look brighter on the road. Sure, the Xpander in Red Metallic looks sleek, but it might not feel as natural as you can’t find other red finishes inside and out the MPV, except the tail lights of course. Plus, the side mirrors are not body-colored so these stay in silver regardless of the chosen paint option. Both the Graphite Gray Metallic and Sterling Silver Metallic are available on the GLS variant. There are no significant differences between the GLS and the lower-end variants so choosing the two said body colors might not create as much of a distinction as compared to opting for the Red Metallic and Quartz White Pearl.

Speaking of Quartz White Pearl body color, one can argue that this is the best-looking option for the 7-seater MPV. It helps highlight the aggressive character lines that run across the sides of the Mitsubishi Xpander starting from the tail lights to the front door handles. But do note that this body color comes with an additional Php 15,000. 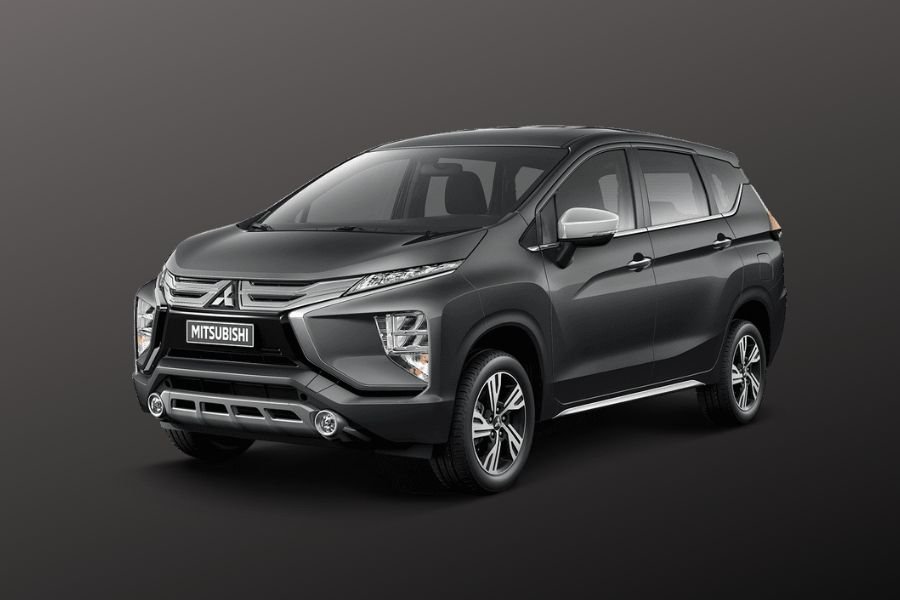 Choosing the best body color for the Mitsubishi Xpander Cross AT can be more difficult as compared to other variants of the model. The reason for this is that the flagship Xpander Cross is designed with more variant-exclusive exterior and interior details that could affect your preferred body color to some extent.

The Mitsubishi Xpander Cross comes with a new blacked-out front grille, bumper design, fender arch, side body molding, and rear garnish. These blacked-out exterior details provide the top-of-the-line variant a more rugged and off-roading look that cannot be found on the rest of the Xpander family. Exclusive to the top-of-the-line variant is the Sunrise Orange body color which provides a youthful appeal as compared to the other body colors available in the model. Graphite Gray Metallic and Sterling Silver Metallic are also available in this variant which doesn’t come with additional cost. The Graphite Gray Metallic might not accent the exclusive black trims on the Mitsubishi Xpander Cross, instead of blending with them. So if you want to go for black or dark body color, we recommend that you should opt for the non-Xpander Cross variants.