Toyota Vios Color: Which hue is best for you?

The best-selling vehicle in the local market comes with nine color options.

Numerous factors are being considered by car buyers when looking for a brand new car in the market. Some of which include performance numbers, fuel efficiency ratings, safety features, and onboard technologies. There are car buyers who also look into what exterior paint would best match their personality. In fact, some car buyers are willing to wait for a specific color to arrive first in their preferred car dealership instead of getting what’s currently available. As such, choosing the car’s exterior color should be done ahead of time considering that it is not something you can replace easily once you wish for another look.

If you are planning to buy a Toyota Vios 2021, deciding on which paint finish can be tricky as the subcompact sedan offered by Toyota Motor Philippines (TMP) with a wide array of color options. So with that being said, we have listed down all the color options available for the Vios to help you make up your mind.

The Toyota Vios can be finished with a plain and simple look catered by the Super White II and Silver Metallic 1. The Super White II is available on the Vios Base, J, and 1.3 XE CVT, three of the most affordable variants of the model. Meanwhile, the Toyota Vios Silver Metallic 1 is also offered on the said variants but is available on the E and XLE variants. 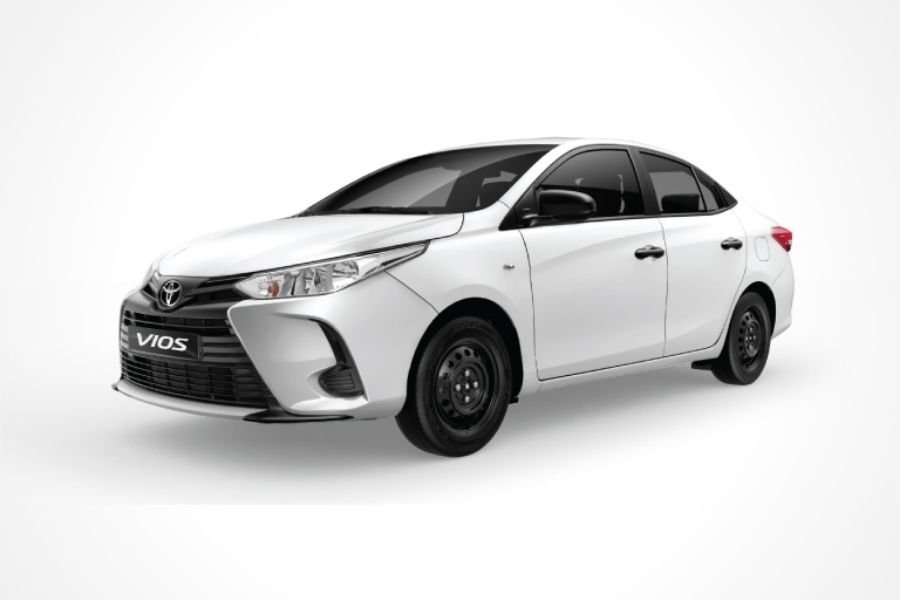 Considering that the Super White II is available on the more affordable variants, it could take away the feeling of exclusivity as you will encounter numerous Toyota Vios models with this type of finish.

But if that’s not an issue to you, then Super White II should be a fine choice. A car finished in white paint offers many advantages including a cleaner look as dust, watermarks, and dirt are not as visible as compared to darker body paint colors, and it reflects more sunlight so the cabin gets less hot especially in the summer. 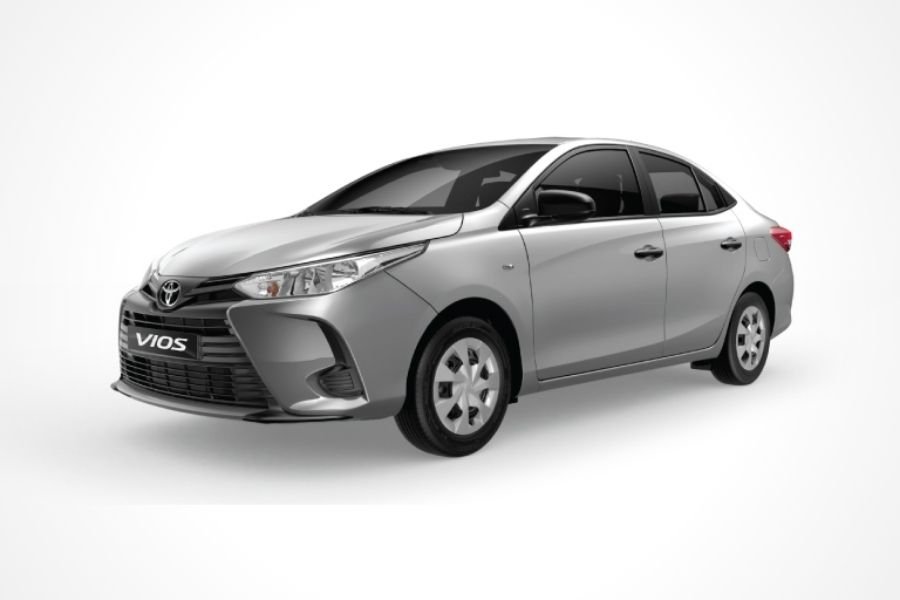 If white exterior paint is not your thing, there’s always the Silver Metallic 1 for you. This type of finish shies a bit away from a common look white paint jobs offer. Toyota Vios Silver Metallic 1, however, might not good look like the Super White as it robs a classic Black-White combination.

Lower-end variants such as the Toyota Vios Base, J, and XE come with blacked-out side mirrors, exterior door handles, fog lamp housings, steel wheels (Base variant only), and grille. These blacked-out exterior features should complement the Toyota Vios Super White II paint job well, providing a balanced look in the finish.

Can’t decide between the two? Don’t worry as the Japanese automaker is also offering the Toyota Vios with the White Pearl Crystal Shine body paint available on the top-spec G and GR-S variants. This body paint provides a more premium white finish on the said variants as compared to those painted in Super White II. 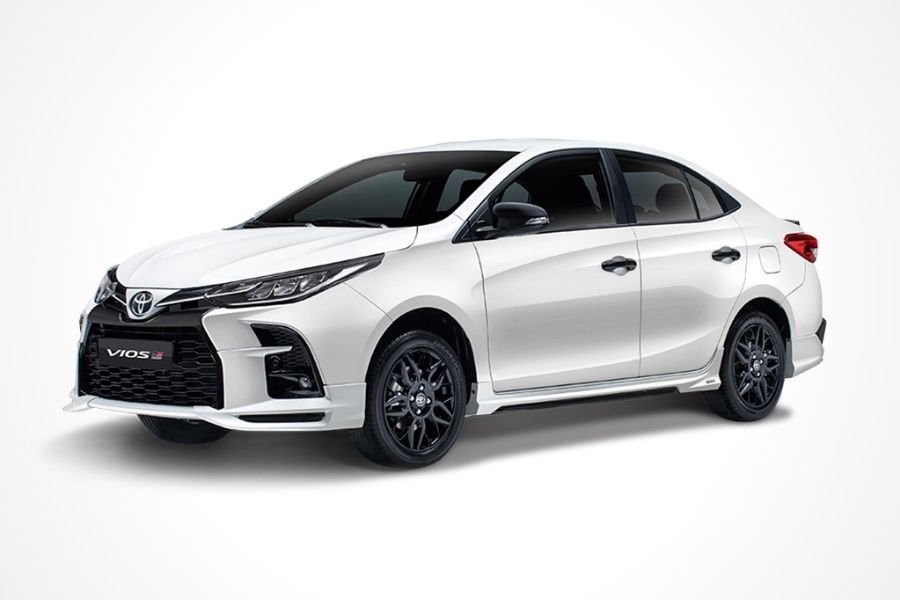 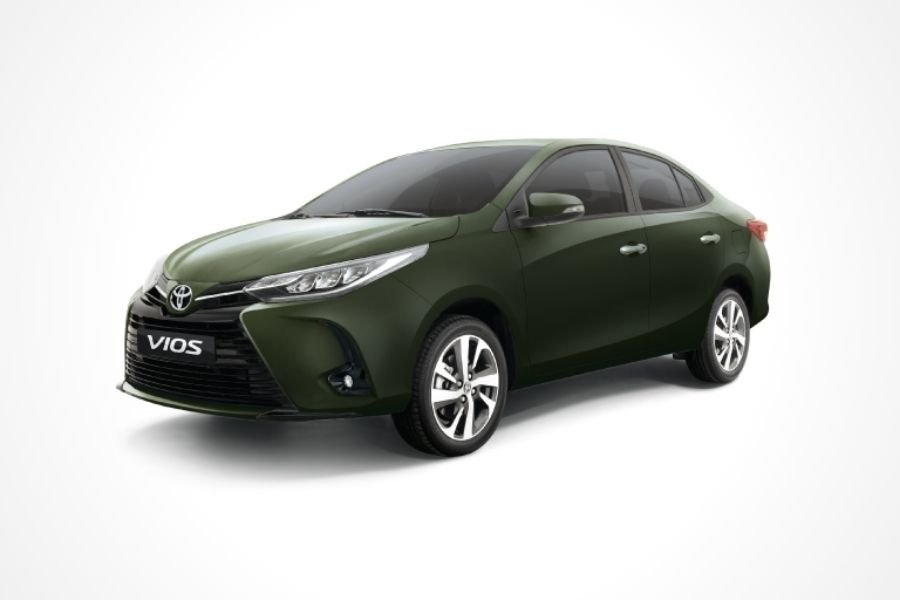 On the other hand, blue is one of the most common body colors of cars from various brands alongside white, gray, and black. So if you decide to buy a Toyota Vios Grayish with the Blue Mica Metallic body paint, it might not feel as exclusive or unique as compared to the Aluminum Jade Metallic finish of the subcompact sedan. 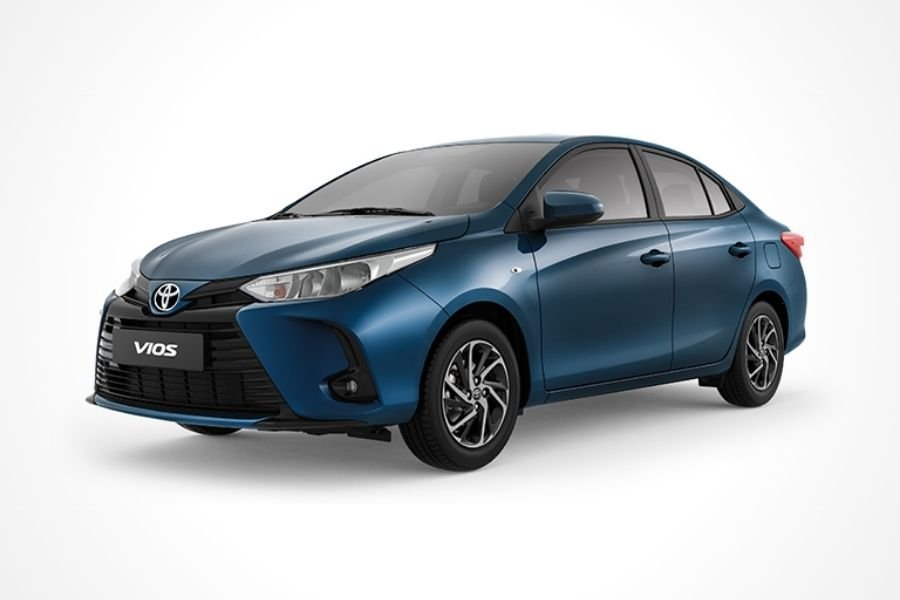 Overall, people would usually assume that a Toyota Vios finished in either Grayish Blue Mica Metallic or Aluminum Jade Metallic is driven by a young individual or someone who likes to look flashy on the road. If you decide to get one of these colors, just make sure to keep the car clean at all times to keep the bright color intact.

Live in the Fast Lane

The Toyota Vios can showcase a look that comes with a premium, sporty, and aggressive appeal with the Red Mica Metallic. Blackish Red Mica, and Black 1 body colors. The Black 1 is available on all the variants except the lower-end Toyota Vios Base and J, while the Red Mica Metallic can be availed of on the J, XE, XLE, and E variants. Lastly, the Blackish Red Mica is offered on the E and XLE variants. These are the three body color options that are commonly seen on the model aside from the common white finish. Just take note that most variants are designed with material black and piano black exterior details instead of chrome so the Black 1 might be something you need to think thoroughly before considering.

Moreover, the subcompact sedan can also be finished in the premium Super Red V paint which is available on the Toyota Vios G and GR-S. If you are thinking of buying the Toyota Vios 1.5 GR-S variant, we think it is only right to get the Super Red V body color to showcase a sporty appeal, as well as complement the red stitching on the GR-S’ steering wheel, shift lever, seats, and more. Unlike the White Pearl Crystal Shine, the Super Red V body paint doesn’t come with an extra cost. However, it is available on the said higher-end variants only.