Hybrid cars in the Philippines: Pros & Cons and Differences from Electric cars

Are hybrid vehicles in the Philippines practical over conventional cars? Find the answer in this article.

The need to cut carbon emissions have brought about the development of “hybrid vehicles”. In the Philippines, this is yet to be addressed so this will put the facts to rest whether to buy in or not!

Before anything else, there is a stark difference between a hybrid and an electric vehicle that should be cleared up. These terms are often misunderstood, and the only common denominator is that they can run on electricity.

The pros and cons of hybrid vehicles will be answered point by point for more clarity about this concern. All over the world, there is a shift to more sustainable energy wherein a revolution in car tech is driven by green energy. Concerns about global warming and impending environment ruin have spurred the development of hybrids to bridge the gap.

Hybrid cars in the Philippines

Here are some concerns that will determine whether it will benefit most Filipinos. It will be tackled on further in this primer.

This post by Philkotse.com will get everything started till everything is tied up and the pros and cons of hybrid vehicles are understood.

I. Hybrid cars vs electric cars in the Philippines: What’s the difference?

The praises about both hybrid and electric vehicles are all over social media and the internet. Whenever auto-makers introduce a new “hybrid model" that gets as much exposure to car buyers for much publicity. Despite this hullaballoo over hybrids and how much fuel is saved.

Filipinos would like it that hybrids are fuel efficient compared to other conventional cars. Does the motoring public really understand anything except that hybrids have more mileage per liter? The answers and more to these questions about the pros and cons of hybrid vehicles. Does the motoring public really understand anything except that hybrids have more mileage per liter?

Is any car that can plug into a stationary power source and is run by electricity to propel it forward? Electric Vehicles (EVs) uses stored electric power cell. That doesn’t produce carbon dioxide emissions that pollute the air.

Some EVs are already in use but only for small-scale use to replace PUVs in some metro cities. On the average, the range of EVs will be about 80 to 100 miles or 250 miles for some upscale EVs.

If you would like to learn more about EVs, visit our previously-published article on Philkotse.com in which we discussed thoroughly on electric cars in the Philippines.

This definition can get confusing, but anything equipped with one or several electric motors is under this. They can get power via power grid or have stored power in fuel cells and are zero-emissions. Under this class are Battery Electric Vehicles (BEVs) and Fuel Cell Electric Vehicles (FCEVs).

This is last is what some hybrid cars fall into that is PHEVs that use a combination of electric motors and combustion engine in tandem. By combining the ability to charge via a power grid and can switch to fuel based engines that lessens emissions significantly. Hybrid cars produce less carbon dioxide but aren’t zero emissions, unlike totally electric vehicles.

(*): PHEVS have more range than BEVs, but are getting better. Also called Extended-Range Electric Vehicles (EREVs).

This outlines the major differences between electrical vehicles that should be understood by the Filipino motorist. It’s not just a fancy way to spend less on gas but a new auto tech for cars to be zero-emissions.

1. Pros of having hybrid cars in the Philippines

#1. EVs is emission-free and widespread use will lessen environmental pollution.

#2. The use of fossil fuels that is finite will be reduced, and dependence on oil will be gained.

#3. Lessened greenhouse gases that are the cause of global melting is achieved.

#4. The era of the internal combustion engine will come to a close and herald newer, more efficient engines.

#5. Completes a part of self-sustainable eco-tech that includes solar energy for powering cars up too. EVs is emission-free and widespread use will lessen environmental pollution

2. Cons of owning hybrid cars in the Philippines

With good stuff comes the bad which is partly caused by problems that hinder the full use of electric vehicles.

#1. PHEVs are a good option, but they can be prohibitively expensive to acquire.

#2. There is no guarantee that an after-sales support of maintenance, repair and spare parts is set up. The Philippines is new to the hybrid vehicle game and lags in everything needed to push the program ahead.

#3. Real experts are needed to set up it up. True engineers and technicians are scarce in here, and the specialists needed are abroad to make it happen.

#4. There is no program that considers infrastructure and other supports for adopting hybrid vehicle use.

#5. Electricity is prohibitively expensive here in the Philippines and makes charging a hybrid impractical.

#6. More education about zero-emissions and how hybrid vehicles work, not to charge higher prices over the hottest item. Selling a hybrid vehicle is a moral responsibility to endorse a zero-emission car that helps the environment.

All these pros and cons of hybrid vehicles point to the pitfalls and the clean future it promises. Zero emissions can happen but it takes a true effort to make it take-off.

III. Examples of PHEVs in production

Many automakers are making PHEVs as part of their environmental drive. These hybrid cars work by using the combustion engine to move the car forward. When the car brakes and this regenerates power to the onboard storage battery. While running the hybrid vehicles will use either electric or chemical propulsion to save fuel. One of the best hybrid cars for the money 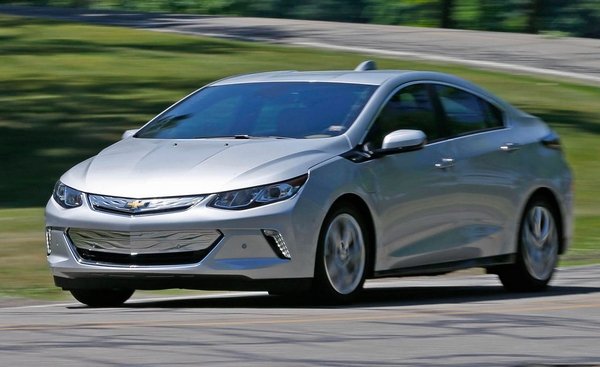 So, here are some hybrids that are in use in other countries that may find their way here. But, Toyota seems intent on introducing their Prius as a hybrid option here. These options are what can be looked forward to in the future.

Summed up the pros and cons of hybrid vehicles in the Philippines shows what are the differences of terms from EVs, AEVs, PHEVs that is important to note! Hybrid vehicles are an option, but the pros and cons point out the hurdles to overcome. It can happen, but all infrastructure and vital needs should be established before that.

Buying a hybrid vehicle without the proper facilities and support is silly that shortchanges the advantages it offers. Proper education and understanding the nuances of a hybrid is important to bring out its full potential, so it’s a buy or not till then.