How to classify cars according to body type

We hope this clarifies questions and confusion regarding car body types.

Classifying different body types can really be confusing at times considering how some vehicle shapes are somehow similar to each other. The slightest of detail can define what type of body the car has. Some of these details lie where our eyes can’t even see them – this led to the confusion of many. Therefore, we decided to write down the information needed to easily classify cars according to body type.

The most popular body type belongs to the sedan. Sedans are cars built as three boxes: The first box includes the engine; the second box includes space for the people which is in the middle; and lastly, the third box includes the trunk space. Sedans seat up to five people only. If there are trunk lids and the trunk doesn’t allow access to the cabin of the car, then it is safe to say that it is a sedan. Honda City, Toyota Vios, Mitsubishi Mirage G4, Hyundai Elantra, Kia Rio, and Nissan Almera are some of the sedans made available here in the local market.

A hatchback is a car that has a rear door that swings upward to provide access to the cargo area. Unlike SUVs, however, hatchbacks don’t have much ground clearance.

One key difference between the hatchback and sedan is the number of doors. In a hatchback, the trunk lid is considered a door – this is the reason why in a hatchback’s specification, there are five doors included. Hatchback generally offers more space and storage inside. On the outside, it usually has shorter dimensions than sedans, but the vertical space employed by the hatch gives it an advantage to some extent.

Coupes have to be the most stylish among all car body types because of their sloping rear rooflines and generally have two long doors. Although, there are some exceptions to the rule. Tesla Model S, Audi A5 Sportback, and BMW 6 Series are all coupes with four doors. As some would like to call it, “quad coupes.” A car can still be classified as a coupe even if it has only one or two rows of seats. 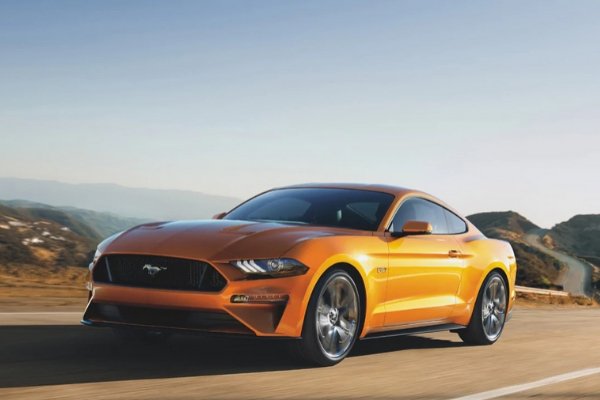 One of the main objectives coupes are trying to attain is to have a sporty design. Popular coupes include Ford Mustang, Subaru BRZ, Nissan GT-R, and Hyundai Genesis, among others.

Convertibles are cars with a folding or detachable roof. This means that whether the car is a two-seater, sedan, or even an SUV, it can still be a convertible, as long as the roof of the car can be removed and placed back.

There are two types of roofs – soft-top and hardtop. Soft-top roofs can easily be recognized – as most convertibles with this type of roof generally have a black waterproof material that doesn’t really go well with the overall aesthetics of the car. However, the advantages of having soft-top roofs are lesser gross weight and cheaper price tag compared to those cars that have hardtop roofs. 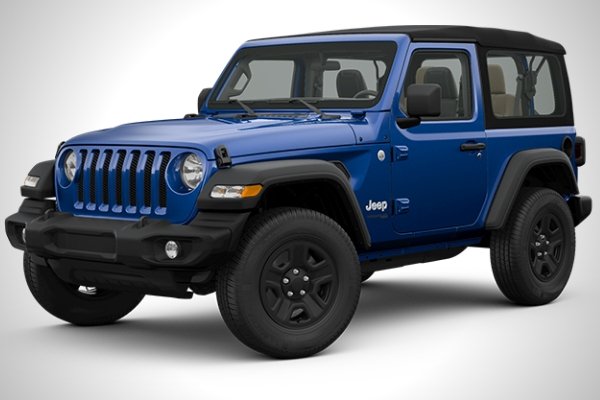 >>> Related: Different types of car doors from regular to the unusual

Also called an estate car or a station wagon, a  wagon is a car body type that has a two-box design. The thing that the wagon excels at is its cargo space. Judging by its body structure, it looks like a hatchback, but with a longer rear overhang. In comparison with the sedan and hatchback, only the station wagon has a D pillar. 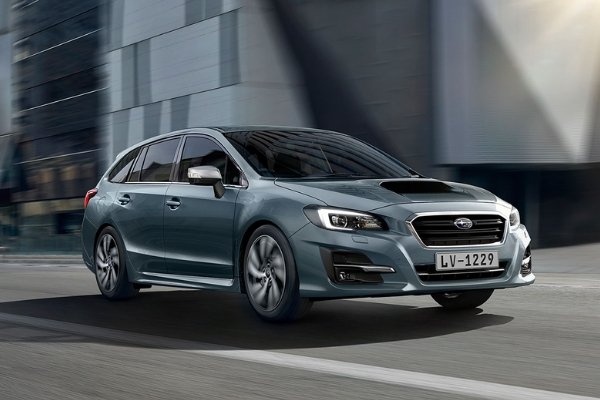 The long length and low ground clearance are the foundation of the Wagon’s overall design. Mazda 6 Sports Wagon, Volkswagen Santana GTD, and Subaru Levorg are some examples of wagons that you can buy in the Philippines. 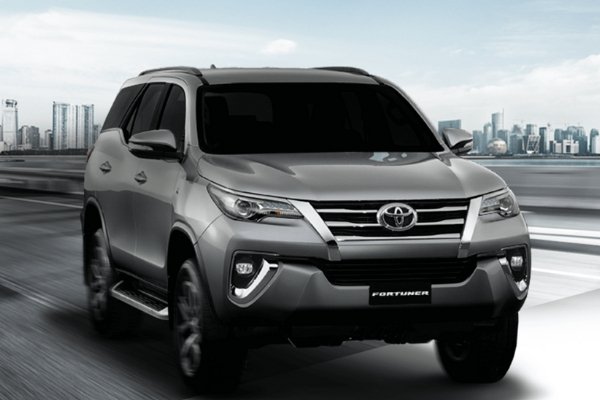 Some of the well-known SUVs available in the Philippines are Toyota Fortuner, Mitsubishi Montero Sport, Chevrolet Trailblazer, and Nissan Terra.

Crossover is a type of vehicle with unibody construction – which means that the body, platform, and chassis of the vehicle forms a single structure. Crossovers, which are also called CUV (crossover utility vehicle), are generally more comfortable, have better stability due to lower center of gravity, and have better fuel economy when compared to an SUV. However, CUVs have lower off-road capabilities. 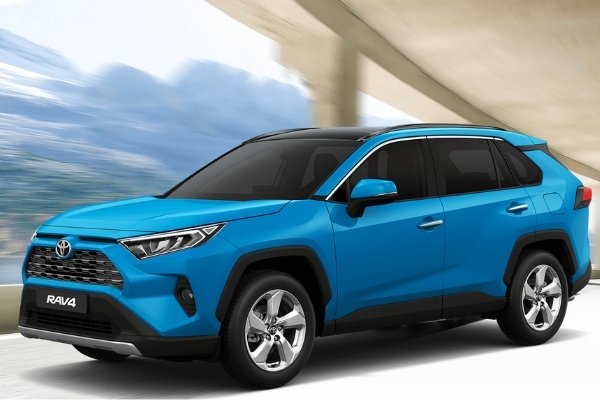 SUVs have heavy and rigid structures capable of most off-road conditions while crossovers have light structures resulting in more comfortable driving experience and a more affordable price tag due to its easy-to-make unibody structure. Toyota RAV4, Mazda CX-5, and Honda CR-V are good examples of what a crossover vehicle looks like.

The Multi Purpose Vehicle (MPV) is generally designed for transporting a larger number of people in comfort. MPV offers 5-7 seating capacity, great headroom, and has a reasonable amount of ground clearance but it does not stand as tall as an SUV.

In terms of the design, MPVs have a nose-down styling, three rows of seats, top-hinged rear tailgate, and sliding passenger door for larger versions. It is also fair to say that this body type can be called a minivan. 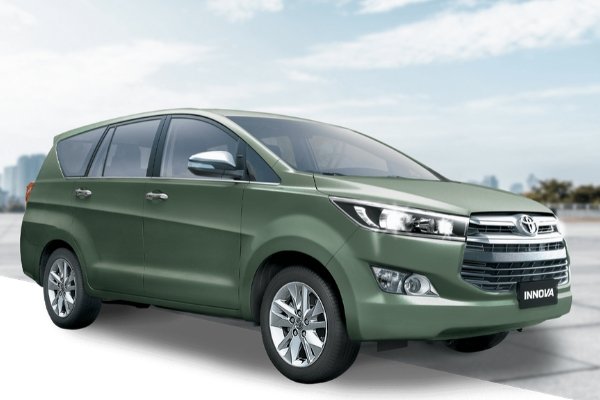 For both SUV and MPV, the engine compartments are placed upfront and are followed by a combined passenger/cargo area. Toyota Avanza, Honda Mobilio, Toyota Innova, and Suzuki Ertiga are good examples of what an MPV looks like.

The main difference between the two body types is the number of passenger seats. There is four to five seating capacity in a pickup truck while SUVs generally have seven seating capacity. In terms of pricing, pick up trucks are more affordable than SUVs – well, for obvious reasons like seats and body structure. 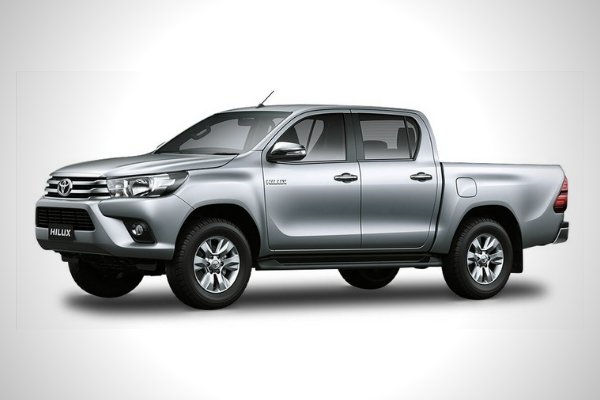 Ford Raptor, Toyota Hilux, Isuzu Dmax, Nissan Navara, and Foton Thunder are some pickup trucks that are available in our local market.