Have you ever experienced Nissan ProPilot Assist Technology?

Updated Feb 04, 2020 | Same topic: Let's Drive Smart!
Getting to know what Nissan ProPilot, what it offers and what it can't do. Determining how useful and helpful Nissan ProPilot Assist is.

It’s no secret how the competition is becoming stiffer and stiffer in the automotive industry lately. The ruling brands and automakers are stepping up their game.

They use different innovations mixed into their vehicles. The less dominating brands and companies are also riding the hype. 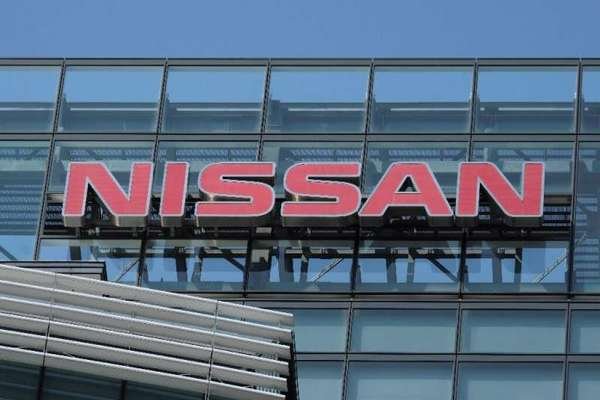 Nissan is a multinational automobile producer with headquarters pinned at Nishi-Ku, Yokohama, in Japan

They also present their own takes into the new age of technology-infused vehicles. From EVs to autonomous vehicles, the choices just keep on adding up, and so does the prices.

One of these competitive automakers is a well-known brand from Japan, Nissan. As of now, the Nissan ProPilot is one of their most iconic contributions to the automotive industry.

Nissan Motor Co., Ltd is usually referred to as Nissan. This automaker is a multinational automobile producer with headquarters pinned at Nishi-Ku, Yokohama, in Japan. Aside from the actual “Nissan” brand, the company also brands its cars under Infiniti, Datsun, and Nissan. They also have in-house tuning for the performance of the vehicles that they labeled as Nismo. The company was founded eighty-six years ago and now serves its products to countries worldwide.

Unless you’ve actually driven all the Nissan units out there, chances are you may not have experienced the Nissan ProPilot yet.

If you’re the type to keep up with the latest updates from the hottest automobile brands, we’re sure you know when the newest automobile techs like lane-keeping assist. Another example is radar-cruise.

However, all these only used to be present at the top of the line vehicles that cost over millions of pesos. These days, you can get access to these features just by buying a regular sedan.

Nissan is one of the auto-making companies that took a different path when it came to sticking in ADAS in their vehicles.

Their ProPilot Assist system has the capability to operate the vehicle even under limited conditions partially. This can relieve the driver or at least lessen his stress when in traffic jams. 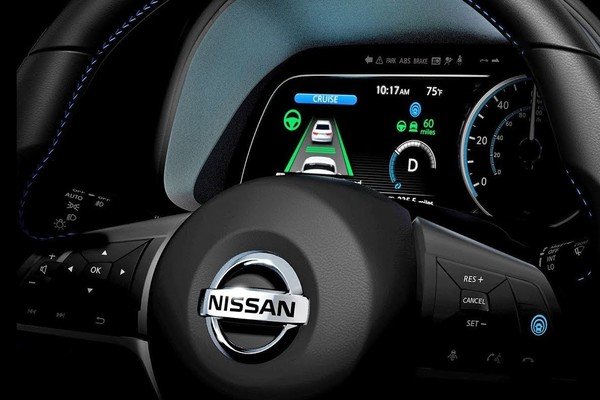 >>> Click here to get the best deals of Nissan cars in the Philippines.

The Nissan ProPilot Assist started out as a roll-out option for their Rogue crossover. It was some time in 2019 that Infiniti decided to jump on board to ride the hype.

Under Infiniti, the technology was used for the QX50 crossover units. It started with the traditional ADAS that we already see in most vehicles. But Nissan decided they could step up further, and they did.

After the ProPilot has kicked up a notch, the vehicles with this system were equipped with upgrades. They were sensors, radars, an electric control module, and a few forward-facing cameras. After the ProPilot has kicked up a notch, the vehicles with this system were equipped with upgrades

>>> Have you known it's highly recommended to buy a Nissan car in the Philippines?

Once driven on the road with the ProPilot activated, your car’s front-facing camera will begin scanning the road. These will locate the road markers that split the road into two. Once the presence of the lane markers is confirmed, two systems will activate.

These are the Intelligent Cruise Control and steering assist. These two systems go hand in hand to keep your vehicle in the center of its lane. It will also maintain your desired speed.

If the systems couldn’t make of the lane markers after a brief period of time, the system will send a warning to the driver. The lane centering system will also disengage.

As the driver, you can decide to let your smart car operate all by itself. The system can even stop and go when in traffic. But if there’s a stop that exceeds three seconds, the system will end up deactivating.

You will then have to resume the system by tapping on the throttle. On some vehicle models, this can be done by pressing a dedicated button on the vehicle’s steering wheel. 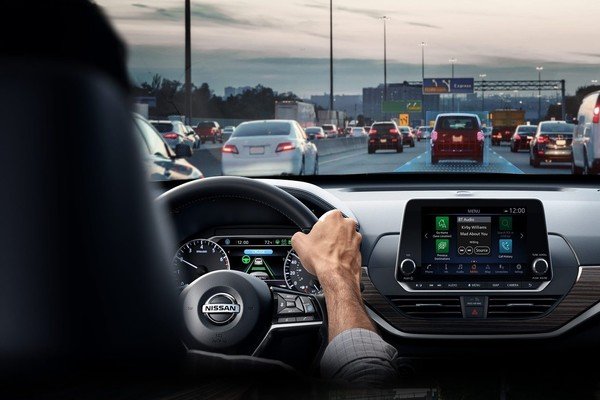 As the driver, you can decide to let your smart car operate all by itself

The Nissan ProPilot can’t do everything by itself

From what you’ve read above, you can tell that the ProPilot can definitely do a lot for you. But there is also a lot of things that they can’t do.

Those who often travel in areas where there’s sand for a road may have trouble with the forward-facing camera. It will most likely miss the lane marker if there’s even any. Without prior active management from the driver, the ProPilot assistant won’t control your car

In the same way, it also doesn’t work very well at night. And if you guessed it, it also can’t be depended on when there is harsh rain. It also can’t work if the wipers are currently in use. But if set to auto/mist, you can still activate it to work if there are only small splashes of water.

Without prior active management from the driver, the ProPilot assistant won’t control your car. It also can’t change lanes.

If you ever have to change lanes, you will have to maneuver the car as the driver. The system will also deactivate until it recognizes and locks itself to the new lane.

The system will “beep” to tell the driver that he needs to put at least two fingers on the steering wheel. This way, the system is sure that the person is ready to take over anytime. If the system doesn’t detect any response from the user, the system will beep, and a nastygram will flash on the gauge cluster.

Further neglect will result from the system tapping the brakes. If there is still no response after that, the vehicle will slow down, and the emergency flashers will turn on.

This system will be effective if the driver suddenly encounters a health emergency. There are numerous cases of drivers experiencing heart attacks and strokes while on the road. This system will prevent accidents and collisions from happening. 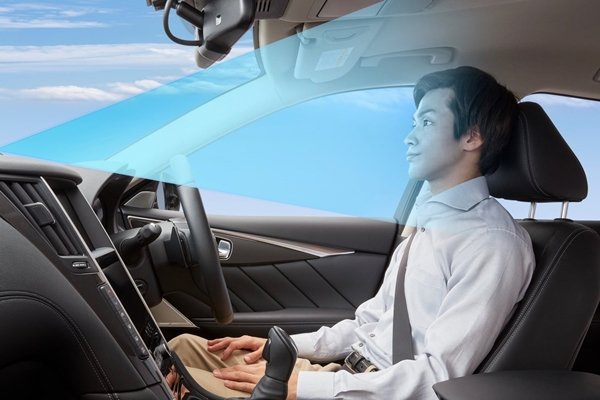 In which Nissan vehicles can you expect ProPilot Assist?

If you ever want this intelligent system in your Nissan, take note of the vehicles that carry it. You have a choice of Nissan Rogue, Nissan Leaf, Infiniti QX50, Nissan Rogue Sport, and Nissan Altima.