Yellow lines on the road: Basic rules you should obey

They’re there to keep you safe.

Drivers, like most humans, are not psychic. We cannot predict what will happen on the road, nor can we make our cars float away from danger. That is a given in any part of the world. As such, governments, including the Philippine government, make use of a whole myriad of road signs. This of course includes road markings. Can you predict if there's an oncoming car in this scenario? If you can, call us so you can teach us

Now unlike the typical road sign, road markings often stretch across longer distances. Most of these are found in the center of a road to delineate traffic lanes. It also conveys information to motorists regarding the particular rules to follow on a specific road. Pavement markings are also much more economical than road signs.

Usually, road markings in the Philippines are made of paint. In some select instances, some even use luminescent or light reflective paint to remain visible during night time. If the paint is not reflective, then some roads will have raised reflectors like these

However, there are a lot of variations when it comes to road markings that you may encounter out there. And one of those is the yellow line and it is one of the most crucial ones that you should pay attention to.

So, to further understand this particular road marking, here are the various meanings of several yellow lines on the road you have definitely encountered.

I. Yellow lines on the road: What does double solid yellow line mean? 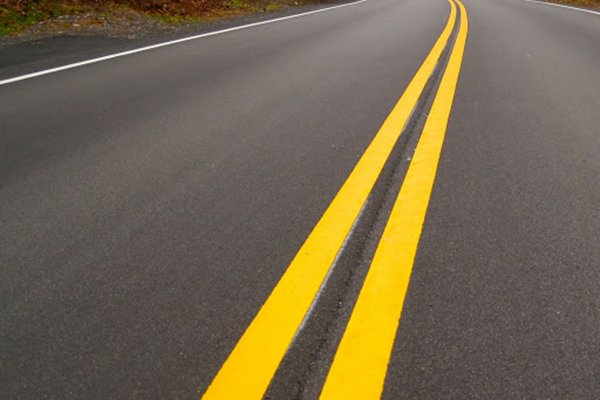 No overtaking at all times

II. Yellow lines on the road: What does a solid yellow line with broken lines mean?

Double solid yellow line with a broken white line in between indicate that you may overtake, but only if you’re traveling on the side where there’s a broken yellow or white line. This is also found on roads where the view is obstructed on one side, but clear from the other side.

If a double solid yellow line is on a two-way multi-lane road, then it divides two opposing lanes. The broken lines then subdivide the opposing lanes into smaller ones. On expressways, the smaller lane nearer to the centerline is the passing lane. Do not stay on the passing lane unless you intend to overtake. The broken lines can either be white or yellow

III. Yellow lines on the road: What does a single solid yellow line mean?

A single solid yellow or white line means that you may not perform overtaking unless totally clear. On some two-way multi-lane roads, it is also used to divide traffic.

On EDSA, a single solid yellow line marks the bus lane. On intersections, a solid line is a lane divider reminding drivers to stay on their lane. As per the Department of Public Works and Highways (DPWH) Manual 2012, pavement markings are classified as a road sign. As such, the penalty for disregarding lane markings is Php 1,000. This is according to the Joint Administrative Order No. 2014-01.

Here in the Philippines, the yellow line parking rule is the indication space where you can park. It serves as a reminder that your car should not cross into other parking spots so as to allow other vehicles to use adjacent parking slots. Parking lot lines also indicate the suggested orientation of parking your vehicle. In other parking lots where the line is diagonal, one should also park at the same angle. Although the Land Transportation Office (LTO) road symbol manual shows yellow lines for parking bay lines while other establishments might also use white-colored lines. 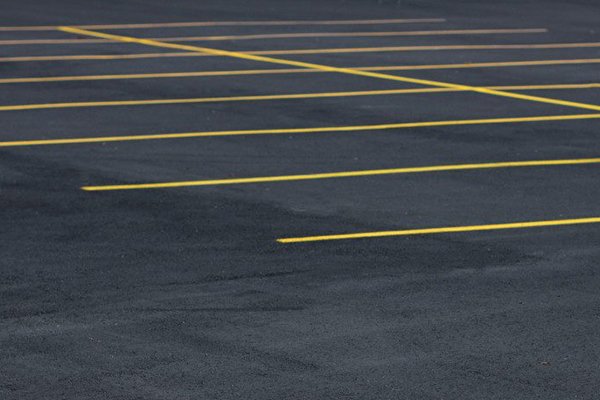 VI. FAQs about  yellow lines on the road in the Philippines

Question: Can I overtake on a road with double solid yellow if it is clear?

Answer: No, these must not be crossed at all times unless your destination is on the opposite side of the lane.

Answer: Just like broken white lines, it means that you are allowed to overtake if the other lane is clear.

Question: What if a road has no centerline or road markings?

Answer: As a general rule, just stay on your lane and overtake it if the way is clear.

Question: Can I overtake a long line of cars if the centerline is broken white lines?

Answer: Drivers must return to their lane immediately after overtaking. Driving against traffic, or counterflow is illegal. It has a penalty of Php 2,000, as well as a three-month suspension of your driver’s license for the first offense.

Question: What are the lines on the road called?

Answer: The LTO calls these pavement markings and they are a subsection of road traffic signs. In other parts of the world, they’re also known as “centerlines.”