It's still a controversial topic about the use of alternative fuel!

The cost of fuel rises and falls quiet erratically, but often than not, the increase more than outweigh the decrease. For this reason, government and non-government groups and organizations were forced to study and find an alternative fuel.

They mainly experiment to see if they're capable of running a standard vehicle's engine using other elements that we can refer to as fuel alternatives.

Our country's influence on the oil and fuel world market is minimal and all we can do is wait and accept the changes. Add that to the national law recently implemented and we're sure you'll be wondering how the price of fuel is close to the cost of food. The concern in fuel prices is definitely here to stay but it looks like the solution is far from imminent. Subject-matter experts believe that a fuel alternative will not only lower the prices but the right elements can also make it more environmentally friendly.

Most fuel alternatives have already been labeled with stereotypical myths and assumptions but some have been debunked. To help you understand each possible alternative, Philkotse.com gathered all the potential fuel alternatives and how the myths were proven wrong;

"Hydrogen is a highly explosive and combustible element. This makes it more dangerous than the current gasoline."

There's no denying the fact that hydrogen is a flammable material. However, if compared to gasoline, hydrogen is less likely to start a fire. This is due to the vapors in the gasoline which proves to be heavier than air. So even when confined in a tight space, gasoline would still manage to get caught in the fire and explode.

Hydrogen is far lighter than gasoline, in fact, it's almost fourteen times lighter than actual air. This allows its gases to go straight in an upwards position even after burning. You can see the same principle displayed by a butane lighter when lit. While on the other hand, gasoline is heavier than air hence its consistency with its liquid state. When gasoline burns, it spreads to close surfaces and so it also spreads the damage. An experiment was conducted to test the differences between the two elements while used in a standard car engine that was set on fire.

Hybrid cars started to catch fire but eventually vented upwards and died away shortly on its own. The gasoline, however, lit up the car and whisked away black smoke after spewing out more fire before it finally destroyed the poor vehicle.

"Our electricity needs are fed by power plants that run mostly by burning coal. The number of fumes that power plants expel to provide enough electricity for vehicles might as well be equivalent to the amount of pollution that gasoline-engines emit."

If the total pollutants emitted from the electric factories were to be calculated, that statement would indeed be true. However, the emission from gasoline-fed vehicles is spread throughout their lifetime.

This means that they don't necessarily emit pollutants their entire life. The way vehicle-emitted gas is compared to the pollutants that factories release to the environment is invalid. Even though it's true that electricity-producing plants contribute a large amount to pollution; overall studies show that it is still no match to the pollutants emitted by gasoline-powered vehicles throughout their service life.

If you are planning to buy an electricity-powered car, read this first: Pros & Cons of Buying Used Electric Vehicles.

"The Philippines is rich in natural resources which can be found in almost all forms. Let's use this instead of gasoline. It's sure to solve all of our problems concerning fuel costs."

It is an undeniable fact that our country's soil is blessed to be rich in natural gases. This type of gas has long been a topic of controversy since it's believed to be an answer to the shortage of power and fuel. However, we can never really seem to take the next step forward due to a variety of factors. The lack of knowledge regarding deep environmental concerns is one factor along with the lack of budget for the machinery and labor. There is still no stern report or conclusion as to the environmental results if the natural gasses were to be sucked out from the deep layers of earth.

>>> For further reference: Eco-friendly car: 7 easy ways to go green with your vehicle

Leading countries in tech and machinery have also reported interest in this type of gas yet there has been no actual action taken yet to gather it. Even though it seems like natural gas could just be the solution we're looking for, it also has its downsides.

For example, despite being a natural element, the actual usable product that can be developed from this will be carbon-based fuel. If this is used as fuel, the engine will emit carbon dioxide, methane and other gases that contribute to the greenhouse effect.

"Ethanol is way cheaper than gasoline."

It's true, ethanol is indeed cheaper than gasoline. That's because this fuel is made from processed corn. One positive side for considering ethanol as an alternative fuel is the chance for corn growers to get more buyers and clients.

>>> Must read: Ethanol vs. Gasoline: Which type of fuel is the best for your car? 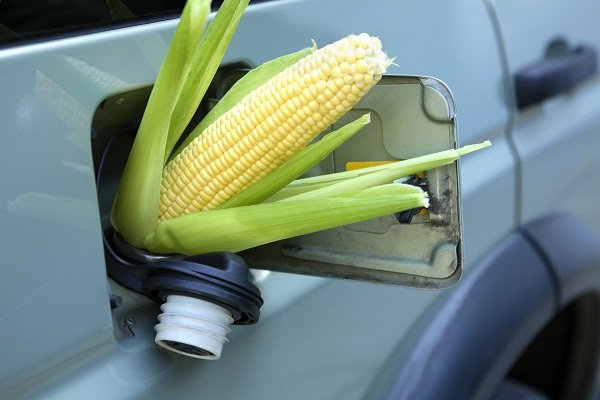 Once the industry grows, it will also open more opportunities for people who could be capable of the job. However, there is also a negative side to the use of ethanol.

It is definitely cheaper when bought in bulk but its price, when introduced to the market, may be substantially higher. It is also less dense so, in the end, a gallon of gasoline will still take you farther than a gallon of ethanol.