What does a blinking yellow traffic light mean?

Blinking yellow traffic light's there to keep you and other motorists safe.

As a driver in this day and age, we all know that traffic lights are important signaling devices that control the flow of road traffic, as well as pedestrians. Any busy intersection or crossing in the Philippine will have one, and most large cities the world over will definitely rely on them to keep the roads unimpeded.

Without these devices, intersections in busy city roads such as in Ayala, Makati would result in a messy, dangerous jumble of cars day in and day out.

Sometimes though, especially when driving late at night or on quiet intersections, traffic lights are not showing the usual red for stop, yellow for caution, and green for go pattern. Instead, only its yellow light is blinking. So what does a blinking yellow traffic light really mean? 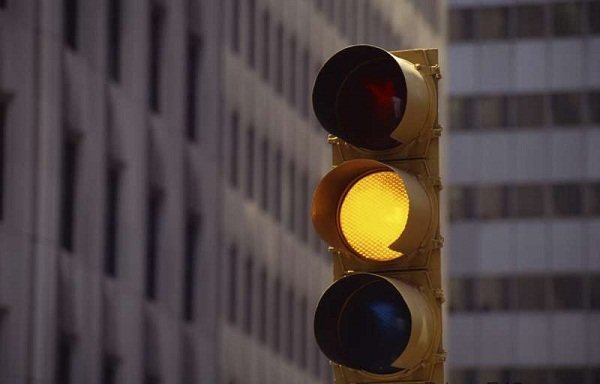 This is especially crucial for intersections where the possibility of crossing traffic is high. And trust us, you don’t want to test your chances by just cruising into a seemingly clear intersection without checking for oncoming traffic.

>>> Related: The importance of abiding traffic lights and road signs

But why not just use the normal traffic light mode instead?

Well, as we’ve said, traffic can become light in some places. As such, using the normal stop and go traffic light pattern will only waste a driver’s time. So late at night, these lights are left with the blinking yellow traffic light.

Also, flashing yellow lights are used on their own in several key areas that aren’t road intersections where caution is still recommended. These include train crossings, roads for merging on the highway, a three-way intersection, or on quiet intersections in the provinces. You can also spot these at airports, mall parking lots, universities, etc

Aside from the mentioned reasons earlier, the “a flashing yellow traffic light mode” is also turned on when the traffic light is out of order. As such, motorists are advised to proceed with caution by slowing the vehicle down as it approaches an intersection.

>>> Related: A Deeper Understanding of the Different Road Signs in the Philippines

But what about a flashing yellow arrow?

This type of traffic signal light is usually found on roads that allow motorists to make a turn. For the flashing yellow arrow-shaped light, this means that those who are making a turn must yield to oncoming traffic. Also, they can only make the turn when the traffic flow becomes clear of incoming vehicles. In other words, turning vehicles should yield and give way. 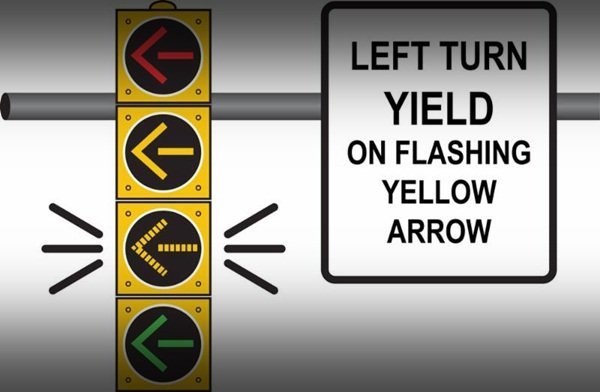 It's a traffic signaling device telling you that patience equals safety

>>> Related: Top 5 causes of road accidents in the Philippines.

1. Question: What does a blinking yellow traffic light mean?

Answer: This means that a motorist must exercise caution when passing through an intersection.

2. Question: On the usual “stop and go mode,” what does the yellow light mean?

Answer: The yellow light on a traffic light operating normally also means caution. Slow down and be prepared to make a full stop.

3. Question: When is a flashing yellow traffic light usually used?

Answer: A yellow light flashing mode of a traffic light is used when traffic is light, like when it's late at night.

4. Question: Should I stop when I encounter a flashing yellow traffic light?

Answer: You aren’t required to stop, but at least slow down a bit so you can check if the intersection is clear or not.

Answer: These can be found on highway merging lanes, some three-way intersections, and even on low-traffic intersections in the provinces.