Suzuki has a new wagon called Swace, but it is actually a Toyota

Suzuki has just revealed a new model for the European market. It’s called the Swace, and it’s a wagon based on the Toyota Corolla. This is thanks to Suzuki’s partnership with its fellow Japanese carmaker in order to expand each of their model offerings.

As for the Swace, it pretty much exudes the modern Toyota design. From the front, you’ll see several familiar design cues. This is especially true with its grille, which is shaped similarly to the 2020 Toyota Wigo and the new Toyota Vios. For illumination, the Swace gets a pair of bi-beam LED headlamps. From the side, you’ll note the low stance of the Swace. This car is in fact designed with a low center of gravity in mind. Towards the rear, you’ll also see familiar shapes. The liftgate mirrors the lines and curves of the Toyota Corolla Cross, except for the hatchet-shaped taillights which are unique for the Swace. 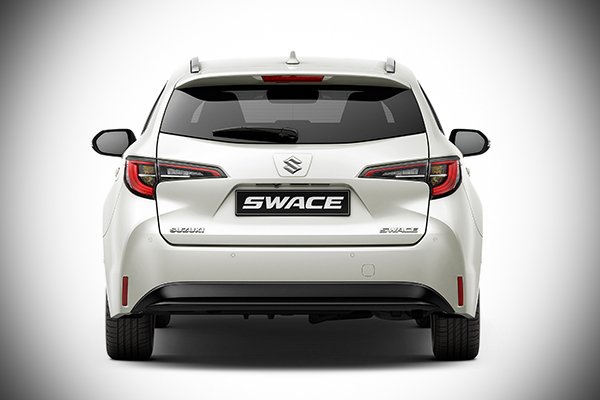 As a wagon, the Swace is quite spacious. With all the seats up, it can fit in up to 596 liters. That’s definitely larger than the trunk of the Vios and far more than the trunk space of the Toyota Camry. With the rear seats folded, its cargo space can definitely rival many crossovers, MPVs, and midsize SUVs.

For the dash, the designers went for a simple but practical design. Its mostly covered with soft-touch materials making for a cushy feeling interior. Several interior pieces are also laced with silver or chrome trim. Overall, this makes for a classy and elegant looking cabin.

Dominating the dashboard is an eight-inch touchscreen. It can connect via Bluetooth, Apple CarPlay, and Android Auto. It also has MirrorLink for good measure. Apart from that, the Swace also gets automatic air-conditioning, a Qi wireless charging pad, an aux terminal, as well as two USB ports.

The Toyota Swace is also jam-packed with many driver-assist features. This includes a parking assist function, a pre-collision system, lane keep assist, rear cross-traffic alert, a blind-spot monitor, automatic brake hold, and many others. 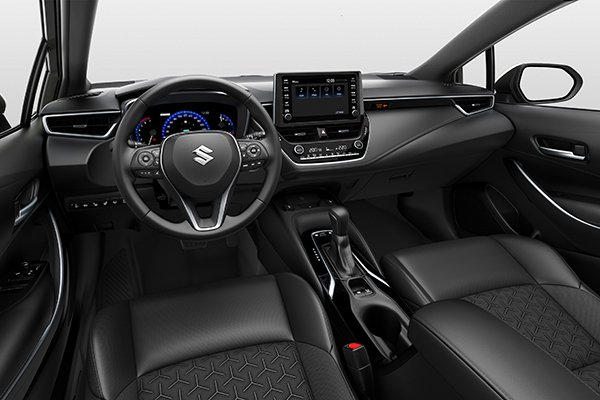 The interior of the Suzuki Swace

Powering the Suzuki Swace is a hybrid system similar to the one equipped on the Corolla Cross. For its internal combustion component, it uses the familiar 2ZR-FXE 1.8-liter inline-4. The said engine can make up to 96 horsepower and 142 Nm of torque. For the electric component, the Swace uses a 53 kW electric motor fed by a 3.6 kWh battery. Power is then sent to the front wheels with a continuously variable transmission.

With that powertrain and drivetrain setup, the Suzuki Swace can each 0-100 km/h in 11.1 seconds, according to Toyota. That’s not that fast for a modern vehicle, but it does emit less C02 at only 100 grams per kilometer. 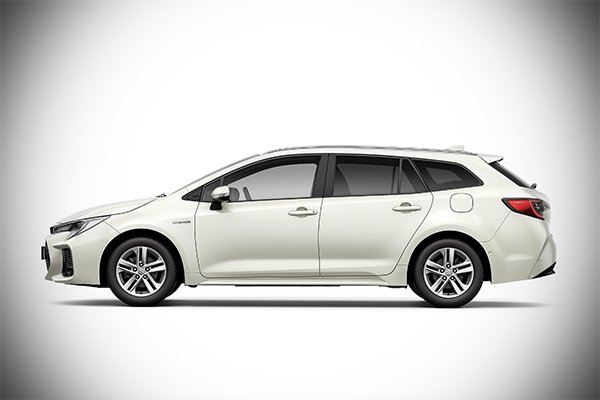 Currently, the Philippine market is a bit short on wagon models. It has after all fallen out of popularity and was replaced by MPVs, crossovers, and SUVs. Regardless, the Swace is a very interesting vehicle that Pinoys might be interested in.