The Isuzu MU-X 2018 facelift hit the Thailand market last year and now it has been launched in the Indian market with a starting price at INR 26,26,842. Stepping inside, what attracts attention first in the Isuzu MU-X 2018 facelift interior may be the darker and relocated ‘Isuzu MU-X’ badge on the dashboard which is now placed on the left. Seats also wrapped with fine quilted leather, along with sportier ‘Lava Black’ premium upholstery.

Especially, the package of safety feature is greatly improved with 6 standard airbags consisting of curtain, front and side airbags, instead of 2 airbags in the previous model. 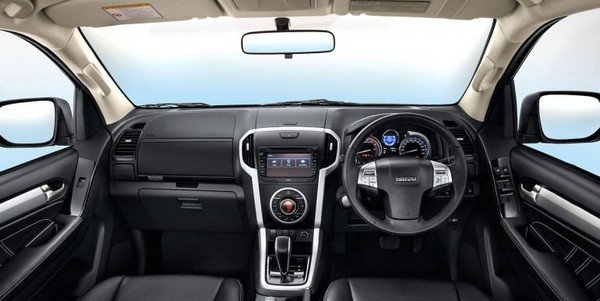 Speaking of the car’s power, the Isuzu MU-X 2018 facelift is armed with the old 3.0L Hi-Power Ddi VGS Turbo 4-cylinder diesel mill which is capable of cranking out 175 hp and 380 Nm of torque, works in a conjunction with a five-speed automatic gearbox.

According to the latest car news, the MU-X 2018 facelift will go head to head with the Ford Endeavour and the Toyota Fortuner in the Indian market.