Only the Civic hatchback range has this great privilege.

To celebrate 25th Anniversary of the Honda Civic Type R hot hatch, Honda Australia has bombarded a limited Honda Civic Red Edition with only 228 examples, according to latest car news. As a fun fact, this number is inspired by the power output of 228kW of the all-new Honda Civic Type R.

The Red Edition version will be available on most of Civic variants, including the VTi, VTi-L, VTi-S, and VTi-LX. Commanding a price of $2498 (P98,832), the Red Edition pack is composed of red side skirts, red front and rear under spoiler, “Red-Edition” floor mats and matte black 17-inch alloy wheels. In addition, you can opt for four different exterior color paints: Sonic Grey, White Orchid, Lunar Silver and Crystal Black.

>>> Latest updates on upcoming Honda cars can be found in our Complete guide to the Honda Philippines' local lineup.

“Customers love the boldness of the Honda Civic sedan and hatch, and the eye-catching ‘Red Edition’ is an attention-grabbing styling statement for Civic customers looking to add some individuality to their cars,” said Stephen Collins – Honda Australia Director.

Furthermore, Collins also re-strengthened that the Honda Civic Red Edition would definitely be a perfect way to rejoice the next week’s arrival of the Civic Type R. 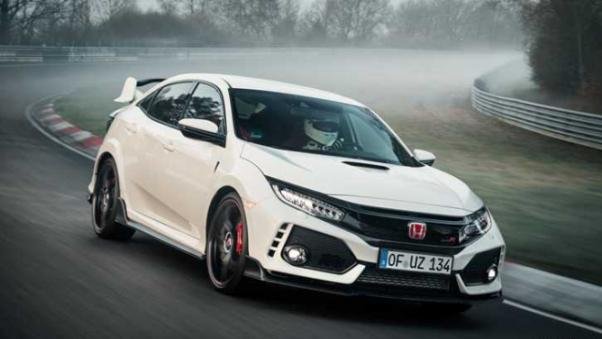 Incidentally, the all-new Honda Civic Type R will be equipped with a 2.0-liter 4-cylinder VTEC turbocharged petrol engine cranking out 228 kW (as we’ve mentioned) and 400 Nm of torque. If the Japanese brand only gave the Philippines 100 units of Honda Civic Type R 2017 model year, it spoils Australia with a considerable number of 495.