With a mid-mounted engine, is Chevrolet Corvette C8 Stingray 2020 ready to take over the supercar market?

* Updated: Refer to our full-scale Chevrolet Corvette 2020 Review for more details on its specs and features.

The exterior shows off striking lines running across the side door panels, which are then flanked by these huge side vents which act as intake hols to channel cool rushing air into the engine intake as this is a mid-engined vehicle. The front of the car exudes a huge air of aggression.

The new Chevy car is made to be styled like contemporary supercars such as Ferrari or Tesla but it is undeniably a Corvette C8 through and through. It has a removable roof panel as well and I don’t need to tell you how amazing that makes the Corvette C8 Stingray look. 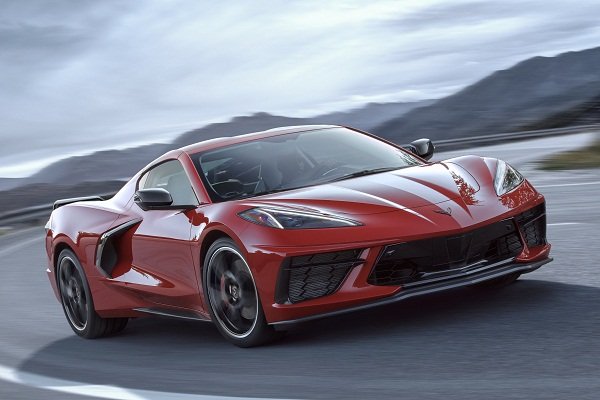 The front of the car exudes a huge air of aggression

All in all the design doesn't seem to stray too far away from how its peers looked like. That dome roof and rear window proudly brag about the superiority of the LS engine. I wouldn’t call the Chevy Corvette Stingray for sale unattractive but it feels like I’ve seen this before.

It has a removable roof-top for legit sports car cred

A lot of design ideas from the concept prototype models don’t often move to the final production, but if you look inside, you won't be blamed to think that the marketing team at Chevrolet loved the concept styling a bit too much.

It has a cockpit inspired interior with more than average driver-centric control panels, seriously.

The cabin is divided into 2 sections by a center console that is raised up higher to work as a divider. The button is laid out horizontally streaming down this center console giving off ad different and unique vibe.

Materials are top-notch though, with a square leather-wrapped steering wheel it gives you an unimpeded view of the gauge cluster. 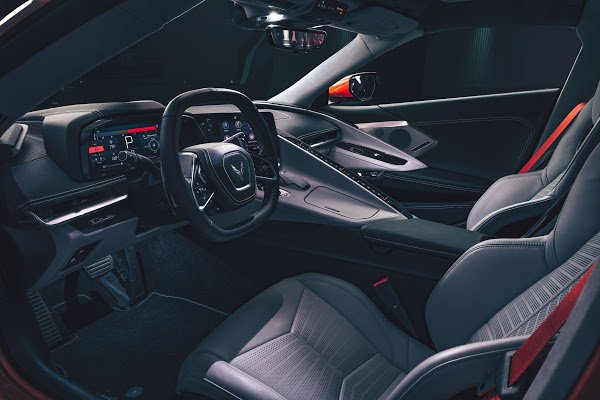 The console button is laid out horizontally streaming down this center

The all-new mid-mounted engine sports a naturally aspirated 6.2 liter LT2 V8 rated at 495hp and 637Nm of torque. If you think that the power of the all-new Corvette C8 Stingray pales in comparison to its rivals, keep in mind that this is just the base model being introduced.

Knowing Chevrolet, they should be releasing different variants and models for Corvette.

In fact, with this configuration mated to the Z51 performance package you should still see zero to 100kmh pass by in less than 3 seconds. Those figures will put it on par with the Ford GT, Acura NSX and other Supercars in the market.

This system is different in such a way than traditional Automatic transmission systems as mechanically speaking it works similarly to a manual transmission without the need for a third brake pedal. It essentially marries the best of both worlds. 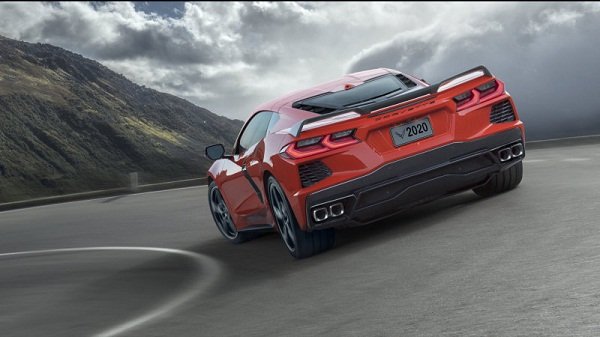 Zero to 100kmh pass by in less than 3 seconds

Practicality is also great, great for a supercar but there is ample space up in the back for a golf-bag and even fits the removable rooftop of the new Chevrolet Corvette Stingray. Since the engine is mounted to the middle of the car.

There also is a sizeable “Frunk” or Front trunk up front more of your gags. Listed price in the US starts at USD 60,000 (P3,000,000) for the base model and moves up if you request add more options.

We’re yet to know if Chevrolet Philippines would usher in the car to our shores. Keep updated our Chevrolet price Philippines to get the latest news.