Don’t call it with any other name. Call it the Nissan Z and it’s ready to eat Supra’s lunch.

Nissan officially debuts the 2023 Z sports car via a live stream from Brooklyn’s Duggal Greenhouse in the US. It is developed with modern technologies and design details while paying homage to the original Datsun 240Z which was introduced by the Japanese car brand in 1970.

“The new Z retains its authenticity as a pure sports car to keep you connected to the road while bringing in the latest modern technologies to make sure the car can help keep you connected to your life,” said Nissan Motor Co., Ltd. Representative Executive Officer and Chief Operating Officer Ashwani Gupta.

Needless to say, there is a huge design leap from the fifth and sixth generations of the nameplate which are the 350Z and 370Z, respectively. Both the said previous generations, which ran from 2003 to 2020, look closely identical which makes the new yet familiar design cues on the 2023 model stand out even more. 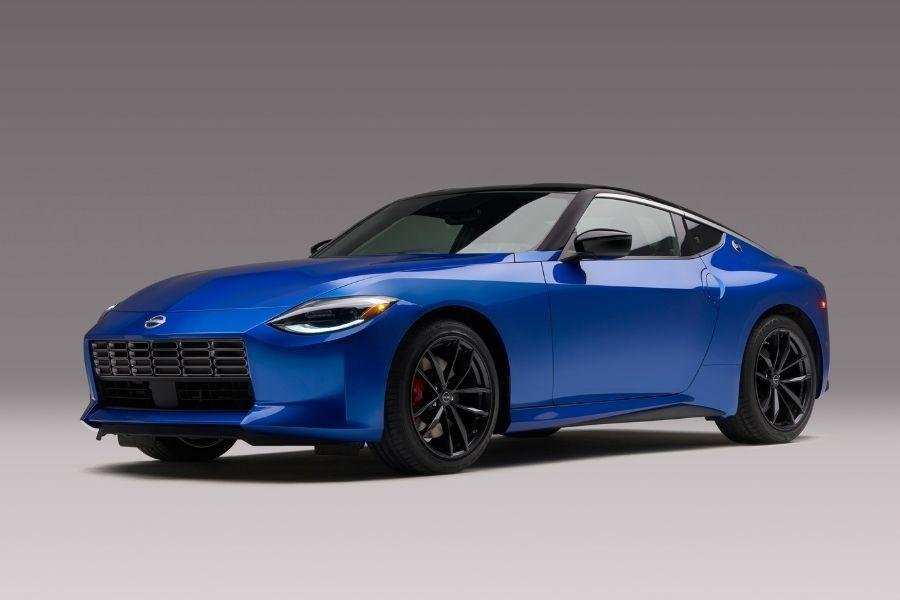 Now on its seventh-gen model

As a way to pay homage to the traditional design of the original Datsun 240Z, the Nissan Z bears a long hood and lower rear stance that gives it its distinct sports car appearance. It is installed with LED headlights that have two half-circles that were inspired by the Japanese-spec 240ZG way back in the 70s.

At the rear, the new sports car gets new 3D signature LED taillights complemented by a full-width blacked-out trim that adds texture to the finish. Meanwhile, the Z Performance grade features a rear spoiler that improves the aerodynamic efficiency to enhance track performance. Inside, there are two interior upholstery options available depending on the variant. The Nissan Z Sport grade is finished with black woven cloth seats with manual-adjusted function, while the Z Performance grade benefits from added leather-appoint seating surfaces including power-adjusted and heated seats. Interior view of the Nissan Z

The interior is available in three color themes, namely Black, Red, and Blue. Moreover, the special Z Proto Spec edition sports yellow accents and stitching throughout the interior. The seats feature layered seat material to add depth and a gradation effect to the touch.

An 8.0-inch touchscreen audio display is installed in the center console which supports a wide array of connectivity including Apple CarPlay, Android Auto, Bluetooth, Hands-free Phone System, SiriusXM radio, among others. Meanwhile, the Z Performance grade uses a larger 9-inch touchscreen that is added with NissanConnect Service with Wi-Fi hotspot function. Under the hood, the Nissan Z is powered by a 3.0-liter V6 twin-turbo engine which is also found in the Infiniti Q50 and Q60. It is capable of generating 400 hp and 475 Nm of torque. Small-diameter turbochargers are installed in the powertrain including a turbo speed sensor to maximize the capabilities of the turbos. As a result, the new engine boasts 68 more horsepower and 30 percent more torque than the previous 370Z that uses a 3.7-liter V6 engine. To further provide a more spirited driving experience, the Z is equipped with two drive modes including a Sport Mode which unlocks its full performance potential.

Nissan expects the new Z sports car to start at USD 40,000 (around Php 2,012,920) when it hit dealerships next year in the United States market. It will be offered in either the Sport and Performance grade, with the distinctive Z Proto as a special edition version which was introduced by the brand last year. Once it is rolled out for sales, it should go head-to-head with the Toyota GR Supra MkV in the sports car market. What the new Nissan Z can boast over the GR Supra is its 400-hp engine which makes 65 more hp than the Toyota sports car’s 3.0-liter twin-scroll turbocharged engine.

Locally, the Nissan 370Z rivals the BMW 2 Series, the Chevrolet Camaro, the Dodge Challenger, Ford Mustang, among others.