Apart from the ZS subcompact crossover, the MG 5 compact sedan is another bankable model for the Chinese-owned British marque, offering a combination of functionality and elegance that’s hard to match in its class. If we had to nitpick just one aspect, the exterior styling looks a little too sedate for a brand that wants to upend the prevailing status quo. MG has remedied this with the all-new 2021 version, swinging to the other end of the scale in providing a more visually-exciting exterior. The model was recently launched in China, ahead of its scheduled debut at this year’s Beijing Auto Show.

Whereas the current edition was merely a rebadged Roewe i5 (Roewe being part of the same SAIC automotive family as MG), it looks like MG asserted its influence more on the new model in terms of aesthetics.

Up front lies a restyled fascia, with a nose that dips more noticeably towards the ground. Sleeker new LED headlamps flank the revised grille, which does away with the horizontal chromed slats in lieu of more vertically-oriented dividers. The redesign echoes models made by Italian luxury automaker Maserati, exuding a considerably more premium feel. 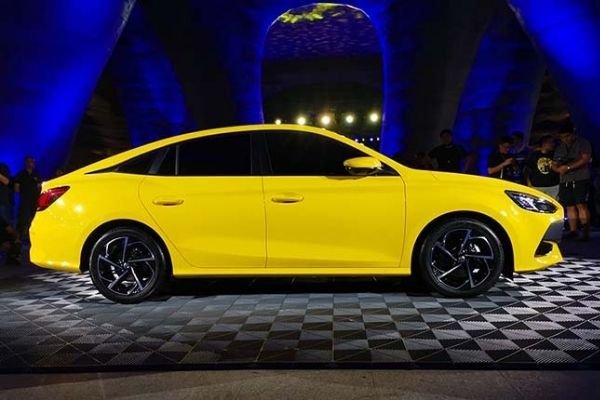 The profile of the new MG 5 more closely follows the silhouette of the MG 6, complete with a roofline that slopes practically all the way to the rear edge where a new pair of LED tail lamps awaits. Even the twin tail exhaust outlets mirror those on the sportier fastback, although those on the new MG 5 are merely vestigial.

MG has likely gone for a sportier treatment of the cabin as well, with the driver’s seat facing a new digital gauge cluster just beyond the hefty leather-clad steering wheel. A new infotainment system is also offered as standard, which is expected to retain the Apple CarPlay and Android Auto functionalities found on the current model. 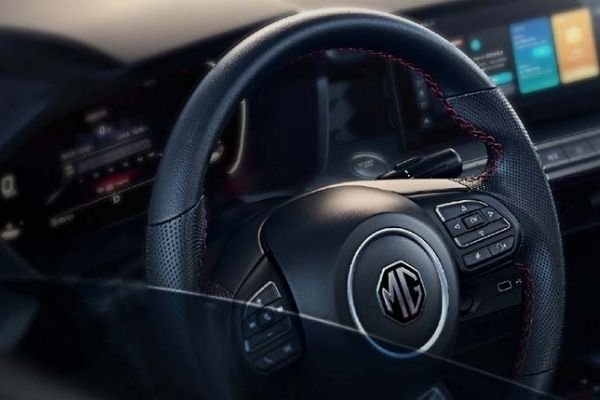 As with the Chinese-market Roewe i5, the new MG 5 is available with either a 1.5L naturally-aspirated gasoline motor that makes 112 hp and 150 Nm of torque, or a turbocharged version that puts out 173 hp. Transmission options include a five-speed manual gearbox and a continuously variable transmission (CVT).

After its public debut at the Beijing Auto Show, the 2021 MG 5 will be available to Chinese customers before yearend. If MG Philippines plays its cards right and brings the refreshed MG 5 over to our shores, it could have another winner on its hands.