This post is meant to help commuters and drivers understand the provincial bus ban Philippines.

Traffic is one thing that every person in the Philippines experiences, especially in the Metro. Not only is it because of the continuous increased in the number of commuters and public and private vehicles, but also due to an obsolete traffic system.

Since EDSA is among the busiest highways, MMDA imposed the yellow lane policy to help ease the heavy traffic and have a better traffic scheme. With their commitment to achieving such goals, the provincial bus ban Philippines had also been tried out.

Whether you are traversing EDSA daily, just traveling from your province to the Metro, or have no plans of visiting yet, learning about the said ban will ensure you won’t be side blinded by the changes. Hence, we aim to provide you accurate information in the simplest way possible.

An overview of the provincial bus ban 2019

The provincial bus ban has been controversial before it was even implemented due to the complaints of passengers and bus operators. In fact, a TRO from the Quezon City RTC Branch 223 has been issued in favor of operators and drivers.

Nonetheless, on August 7, 2019, the MMDA pushed through with the dry run together with the bus operators that pledged to support the said provincial bus ban dry run. The common traffic situation in EDSA

With that in mind, let Philkotse.com provide you a  list of provincial bus ban in EDSA:

In order to address the possible inconvenience brought about by the  implementation of the provincial bus ban in EDSA, city buses were asked to extend their routes to accommodate such passengers. Those with routes near the north will extend its services up to the Valenzuela Interim Terminal. On the other hand, those near the south extended to the Sta. Rosa Interim Terminal.

Unfortunately, the dry run was considered a “failure” since not all provincial buses participated, so there is no clear evidence whether or not it helped decongest traffic.

Lawfully, such is actually the job of the LGUs, but still, there was no evidence of a violation of rights. Additionally, the bus ban has not yet been implemented fully, but rather, it was just dry run. 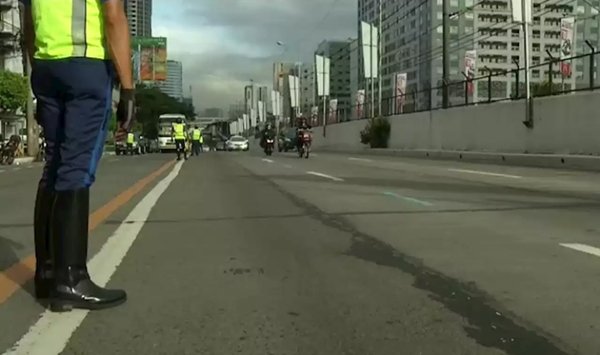 A look at the provincial bus ban dry run

The provincial bus ban Philippines has its pros and cons since it will affect different parties: the commuters, the bus operators, and drivers of private and other public utility vehicles. The possibility of accommodating each one’s needs and wants is never guaranteed. Nonetheless, it is clear that we all hope to one day travel more conveniently and in lesser hours.